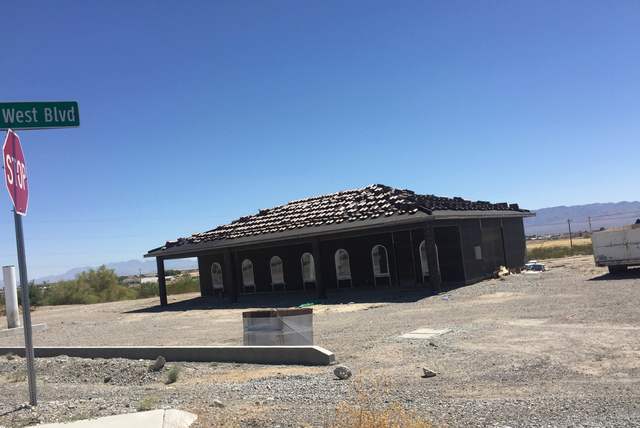 A new structure located at 1400 S. Highway 160, will be home to a retail store selling pistachios from O.U. Nuts pistachio Orchard, according to the Nye County Planning Department. Mick Akers/Pahrump Valley Times

With new construction on Highway 160 in the heart of town picking up over the last few years, its hard to miss a new building going up on the busy highway.

The latest structure to go up off the roadway, located at 1400 S. Highway 160, will be home to a retail store selling pistachios from a local orchard, according to the Nye County Planning Department.

The Thaxtons have yet to apply for a business license for the retail store, according to the town of Pahrump, and could not be reached for comment, after several attempts by the Pahrump Valley Times.

In addition to the building itself, construction plans for the property call for nine new paved parking spaces, including one Americans with Disabilities Act van-accessible space.

The Thaxtons, who are longtime residents of Pahrump, planted their first trees on their farm in early 2002, according to an interview done with KPVM-TV in 2014.

O.U. Nuts has been selling their products from the farm on site, at local retail stores and at various special events in town.

O.U. Nuts Farm was added to the Pahrump Valley Chamber of Commerce in July 2014.

The general contractor for the site, Andy Jordan of Serenity Homes, said that 800 square feet of the property would be rented out to a tenant yet to be determined.