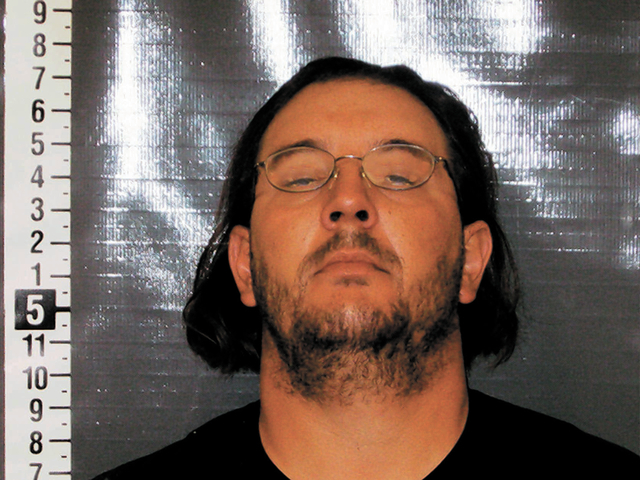 One man was taken into custody on Nov. 18 after he allegedly admitted to stealing several thousand dollars worth of evidence from a storage unit the Nye County Sheriff’s Office had rented from a private vendor more than a year ago, after he was confronted by police about breaking into a friend’s storage unit on Leslie Street last month.

According to police, around 2 p.m. the day of Renshaw’s arrest, a man called Nye County Sheriff’s deputies to report that his storage unit had been broken into and that he believed Renshaw was the one responsible.

The man allegedly told police Renshaw had broken into his storage unit, which only the victim had access to, to allow a bank repossession service to take the man’s bike because Renshaw was mad that his ex-girlfriend was now living with the victim. The man added Renshaw had even bragged about the incident afterward to other people.

An investigating deputy then called Renshaw to ask him about the allegations, at which time Renshaw allegedly admitted freely to breaking into the storage unit.

Police then relocated to Renshaw’s home on Dyer Street after additionally learning he may be in possession of a stolen dune buggy.

According to his arrest report, after speaking with officers for a few minutes, Renshaw admitted that he and his ex-girlfriend had stolen the dune buggy from the area of Basin Avenue and Leslie Street.

When pressed if he had any other stolen items on the property, Renshaw allegedly showed deputies an old travel trailer on the west side of his property. Inside officers reportedly found other items, including some taken from a storage unit on Basin Avenue near the sheriff’s office a year ago.

Police subsequently discovered many of those stolen items were actually NCSO evidence that had been seized in connection with other criminal cases and locked inside a storage unit the sheriff’s office had rented from a private vendor in the area prior to having its own facility built last year.

Among the items were drug paraphernalia, speakers with NCSO evidence stickers still attached, speaker stands and black containers with paperwork containing the names of other individuals.

According to police the items taken from the storage unit contained several thousands of dollars worth of property, some of which is still involved in active court cases.

Renshaw was alleged to have further told officers that he had sold some of the stolen property at garage sales in the last year as well.

He was subsequently transported to the Nye County Detention Center to be booked into custody on the charges, but has since been released from custody.

Assistant Sheriff Rick Marshall said the NCSO was aware of the theft at the time it occurred and had been following up on leads to recover the stolen evidence.

Although he said Renshaw was not initially a known suspect in the case, now that the agency has recovered some of the stolen evidence, police will continue to investigate the matter and attempt to recover the additional missing property Renshaw claimed he sold at his garage sales.