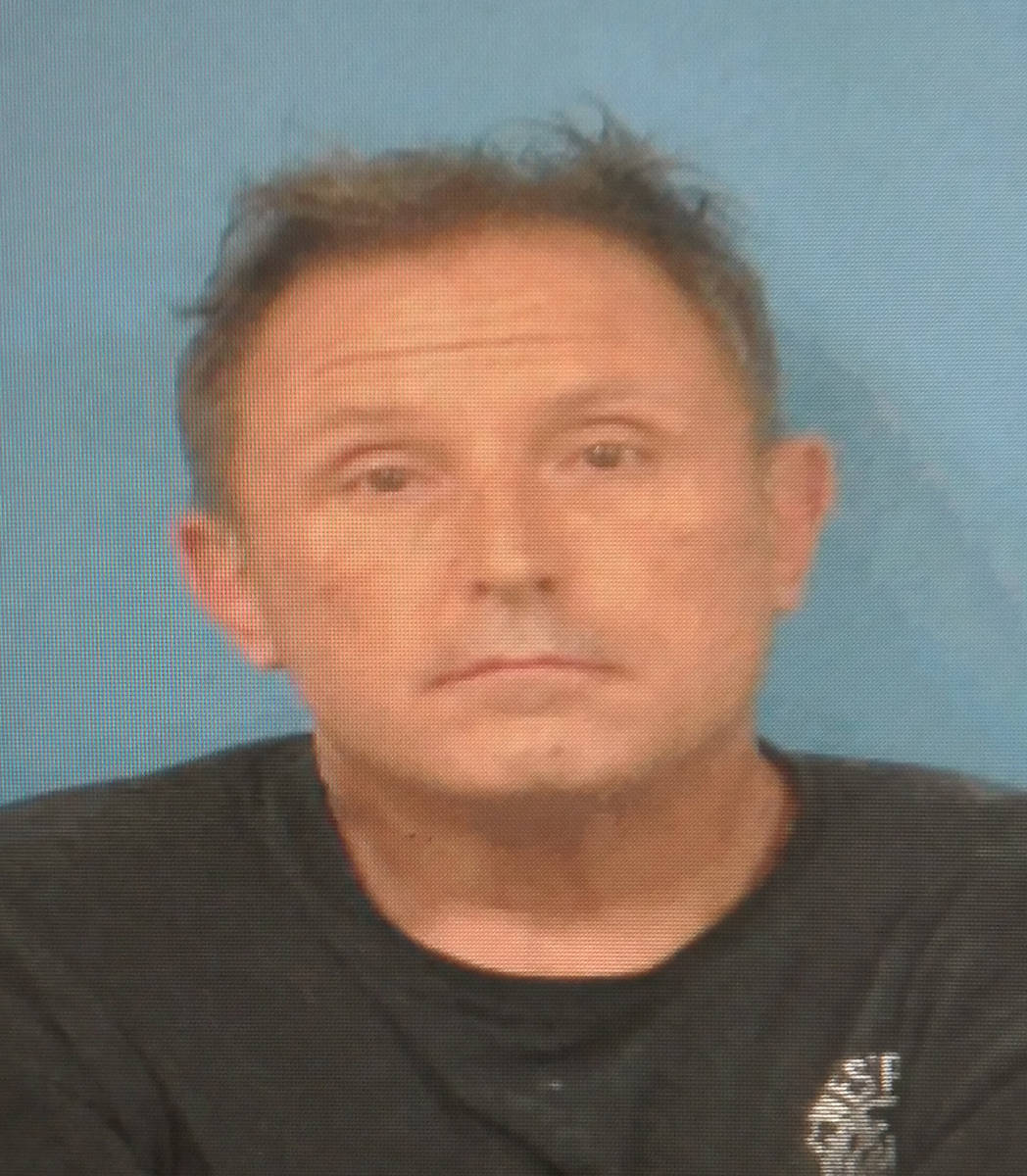 As stated in a Nye County Sheriff’s Office arrest report, Deputy Colton Williams was dispatched to the Hideaway Bar at 4760 South Pahrump Valley Blvd. just before 8 a.m. on July 17.

While en route, Williams was advised that an intoxicated male, later identified as Stanley Bowditch, was causing problems.

While leaving the bar, according to the report, Bowditch allegedly exposed and stroked his genitalia in a sexual manner in front of customers, violating Nevada Revised Statute 201.210.

The report went on to say that Bowditch left the bar in his white colored Kia heading westbound on Carberry Lane.

“Upon arrival, the male nor the vehicle was not spotted in the area,” Williams’ report stated. “Also, while speaking to the Hideaway Bar employee, multiple witnesses had filled out written statements about the incident. I then attempted to locate Stanley Bowditch, who was later found driving eastbound on Carberry near Pahrump Valley Boulevard, where I conducted a traffic stop at approximately 11 a.m.”

Further, while speaking to Bowditch, Williams’ report noted that the suspect advised he had four drinks when he was at the bar earlier.

“Also, while speaking to Stanley, I smelled an unknown intoxicating beverage emanating from his person. A field sobriety test was conducted, in which Stanley failed the Horizontal Gaze Nystagmus test and the walk-and-turn, and completed the one-legged stand,” Williams stated, according to the report.

As a result, Bowditch, who had been convicted of a DUI charge in 2019, was placed under arrest and transported to the facility on suspicion of DUI and lewdness.

Bail was set at $51,100, according to the Nye County Detention Center.