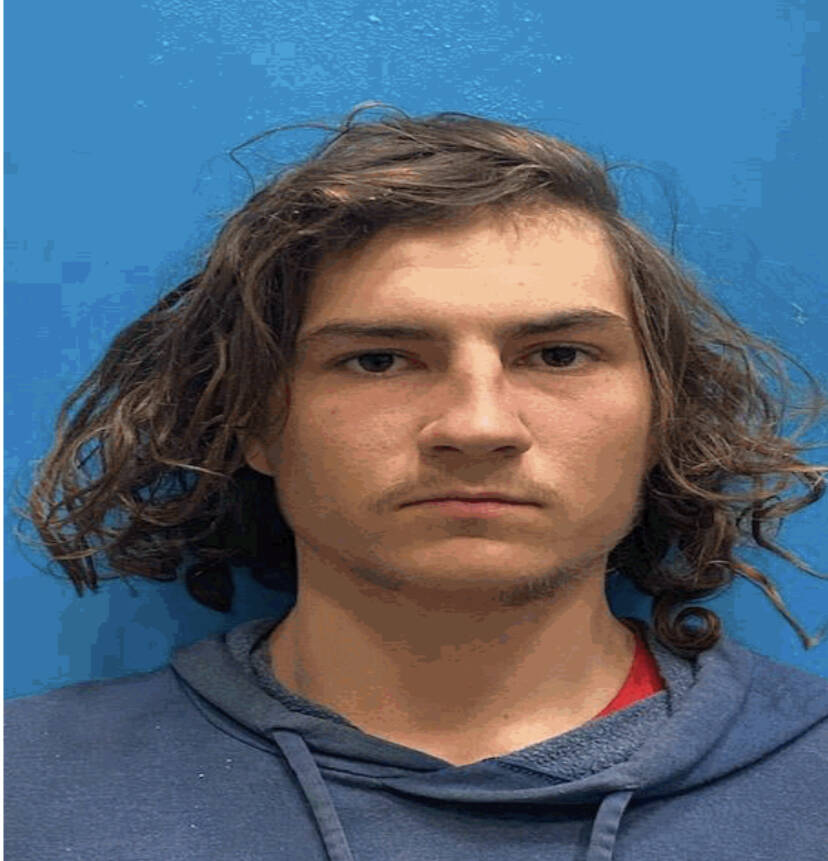 A man suspected of robbing vapes from an area convenience store and selling them at the skate park is under arrest.

According to a Nye County Sheriff’s Office arrest report, deputies responded to the Rebel store at 820 S. Highway 160 at approximately 1:45 a.m. on Nov. 11.

The store clerk told the deputy that a white man entered the store wearing a dark-colored hoodie.

“The male then ran behind the counter and took a display case of vapes and ran out of the store with the case of vapes,” the report stated. “In the store’s surveillance video, it shows a male wearing a black and gray hoodie, a dark beanie, gray pants and dark-colored shoes. That individual buys a small item, paying for it with a card and then is seen walking out of the door,” according report.

Just a few seconds later, another man is seen on store surveillance video wearing a red hoodie with dark pants, running into the store, going behind the counter, where he grabbed the entire case of vapes and ran out of the store.

The sheriff’s office later received a tip that Tyler Jackson might have allegedly stolen the vapes and was selling them at the skate park.

Deputies made contact with Jackson at the skate park located at Honeysuckle and Dandelion streets.

Upon running Jackson’s record through Nye County dispatch, he returned with a nationwide warrant, and was placed under arrest.

Meanwhile, a search incident revealed that Jackson was in possession of eight vapes.

Jackson was then transported to the Nye County Sheriff’s Office where he agreed to speak with detectives after being read his Miranda Rights.

“Ultimately, Tyler Jackson admitted to being the lookout for his friend, Myles Leach,” the report noted. “He met with Leach and agreed to be the lookout for payment of $50-$60. Tyler described what he was wearing, which matched the surveillance footage from the Rebel store.

Additionally, Jackson further stated to detectives that he bought candy with a debit card given to him by Leach at the time of the robbery.

“Tyler got into the passenger side of Leach’s car and Leach threw the vapes into the backseat before driving away,” according to the report. “Tyler also admitted that the vapes he had on him at the time of his arrest were from when he and Leach stole them from the Rebel store.”

The report did not state the whereabouts of Leach.