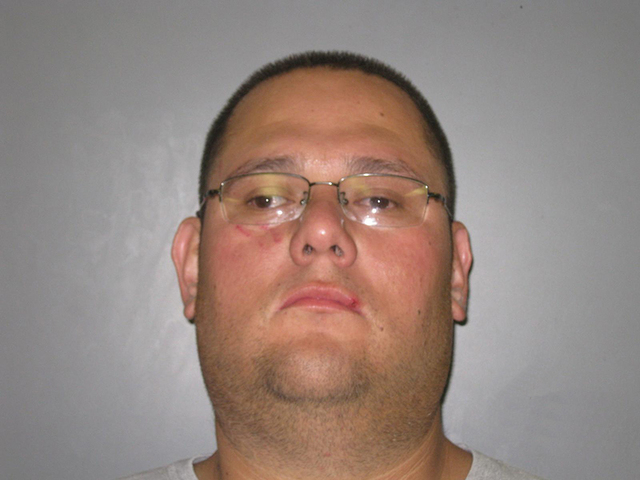 A Pahrump man has been found guilty of a series of felonies including first degree kidnapping, battery with substantial bodily harm, and domestic battery by strangulation for attacking an ex-girlfriend in 2012.

However, the jury found Leslie Villa not guilty of attempted murder and burglary after an eight-hour deliberation Friday.

Villa is facing between nine years to a life sentence with the possibility of parole Dec. 5 when he is scheduled to be sentenced by District Court Judge Kimberly Wanker.

While Villa confessed to attacking his ex-girlfriend, attorney Harry Gensler said the district attorney over-charged the case because the victim worked for the Nye County Sheriff’s Department at the time of the attack.

“This case is about the count of battery strangulation,” Gensler said. “That’s what this is all about.”

Villa has been in custody since his arrest May 3, 2012 in front of the victim’s residence where police were investigating a call of an open door.

A neighbor advised police when they arrived she was concerned because the victim seemed to be missing and had recently ended the relationship with Villa, which the neighbor described as “volatile.” However, there are no police calls to the residence, according to the district attorney’s office. Police entered the home to find the victim’s keys and purse inside, and her vehicle in the driveway.

Villa first told police that the victim was at the hospital because she had fallen down and injured herself. However, when interviewed at Desert View Hospital, the victim told police that Villa had threatened to kill her and dump her body in the desert before he choked her until she passed out. According to the victim, when she regained consciousnesses, she convinced Villa to take her to his parents’ home and she told Villa’s father, who subsequently called the police.

Villa could be heard confessing to the attack on a recording played in court. “I did it. I choked her out,” Villa said on the recording. Villa told deputies that he drove the victim to Desert View Hospital for treatment.

Assistant District Attorney Timothy Treffinger told jurors that the victim’s version of events should be believed because Villa told the police that the victim was, “a very truthful person.”

Gensler said not only was Villa over-charged, but that police took no fingerprints or DNA evidence during the course of their investigation because they were already targeting Villa.

During the victim’s testimony, she described the assault as “stepping into a nightmare.” The victim said the attack left her with lingering physical problems stemming from a concussion and damage to one of her eyes.