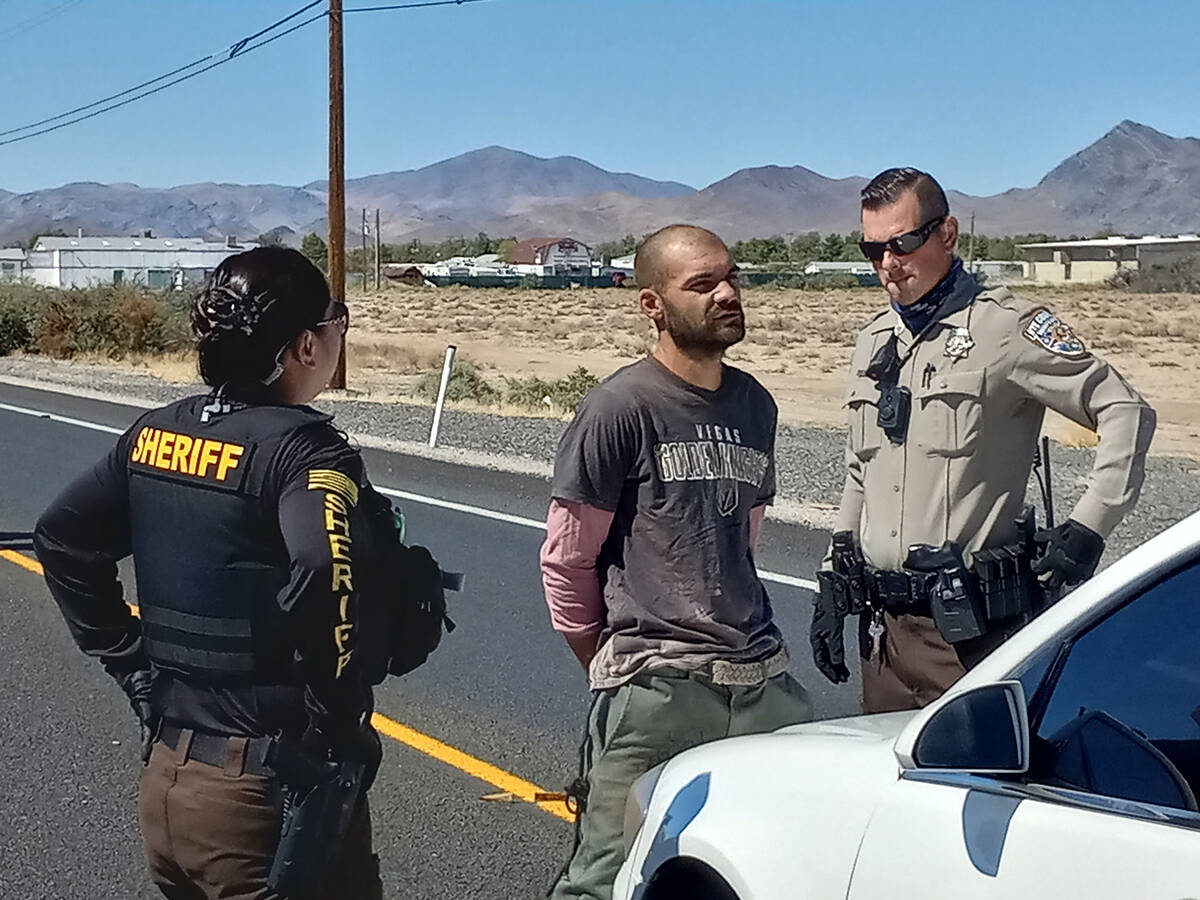 Selwyn Harris/Pahrump Valley Times Nye County Sheriff's Office deputies speak to Noel Mihalcean regarding an incident where he was arrested and charged with allegedly drawing a deadly weapon in a threatening manner along Highway 372 on Sept. 30. 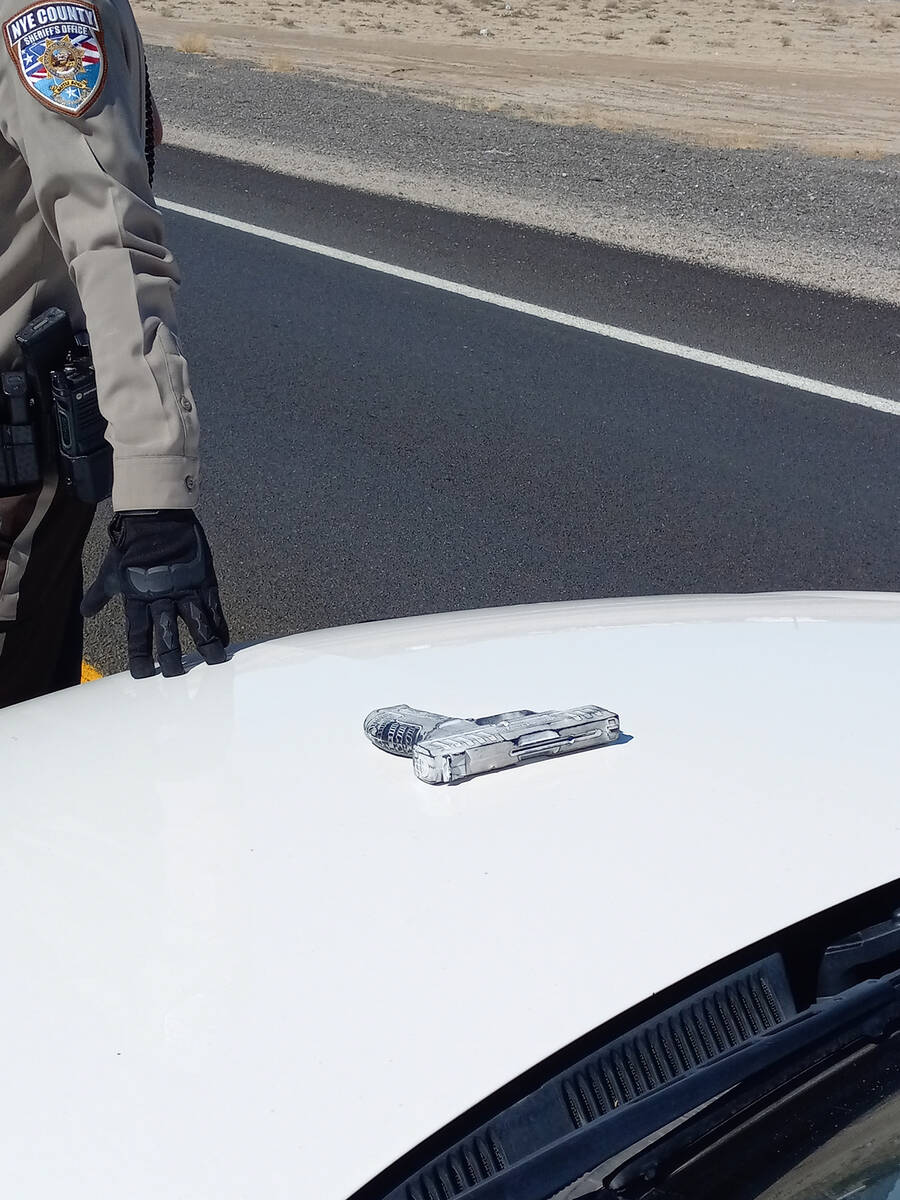 Multiple Nye County Sheriff’s Office investigators and deputies responded to the intersection of Highway 372 and Lola Lane following reports of a man allegedly walking in the middle of the highway, while waving a firearm and leveling the weapon at passing motorists just after 12 p.m. on Thursday, Sept. 30.

Once on scene, deputies detained the man, identified as Noel Mihalcean, at gunpoint.

Upon further investigation, the weapon was determined to be a BB-type compressed gas handgun.

A nationally televised film crew was also on scene to document the arrest.

Following questioning, Mihalcean was eventually arrested and taken into custody by sheriff’s office deputies, where he was charged with drawing a deadly weapon in a threatening manner.

Deputies however, did not disclose the reason why Mihalcean was walking down the middle of Highway 372 waving the weapon at motorists.