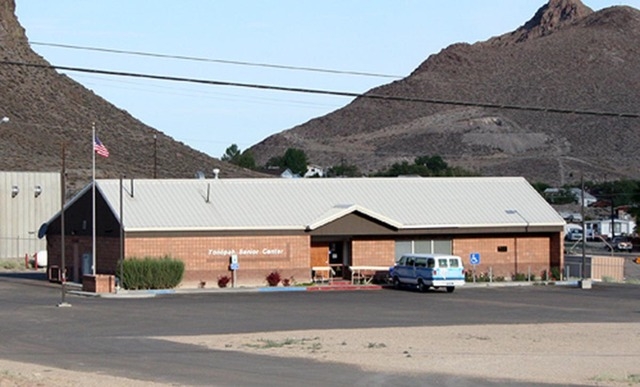 “It absolutely could endanger their lives because many of our seniors who utilize our long-distance medical transportation have no way to get to their specialists,” she said. “We do have a hospital in Tonopah but we don’t have heart doctors or orthopedic doctors so they have to go to places like Reno or Las Vegas or even Pahrump and we transport a number of our seniors to Pahrump on a regular basis for their appointments.”

The Nye County Commission approved eliminating its $120,000 subsidy for the senior nutrition program in an effort to address the county’s growing revenue shortfall.

Koscik said the cuts were completely unexpected and will affect other small communities in Nye County.

“We were not aware this was going to happen,” she said. “We anticipated that we would have to cut back some, just based upon the agenda item which comes up every year. Never did we have an idea that we would get cut off entirely.”

The Tonopah Senior Center has served that community for 30-plus years. Koscik, along with staff member Jenny Martin, manage the program, which also serves the communities of Amargosa Valley and Beatty.

Koscik said the action will definitely endanger the lives of seniors who live in the communities, especially those who are homebound, as the program also provides long-distance medical transportation for seniors in Nye County who have no access to transportation.

In Beatty and Tonopah, the program also provides transportation for seniors to do their banking, mail and shopping errands.

“We also have homebound clients in each of those three areas and we provide daily meals for them as well,” she said.

Koscik said without the program, many seniors have no other way to feed themselves.

“For many of the seniors this is their only meal of the day,” she said. “One of my ladies here in Tonopah, I don’t know where she puts it, but she eats a lot because she doesn’t eat another meal. This will be very devastating for these three small communities. It really will be a huge problem for seniors in Beatty, Amargosa Valley and Tonopah.”

For the month of January the program served 1,713 meals for the communities Amargosa, Beatty and Tonopah.

Nye County Commissioner Frank Carbone said funding the program is not a requirement by the county.

“They have the ability to collect their own money, which they do,” he said. “We’ve been subsidizing them and telling them for at least the two years that I’ve been around, that we’re going to eventually stop subsidizing them.”

The commissioner also said the county may eventually begin supporting the program again, once the economy turns around.

“Until we understand where we are financially, I don’t see things getting better for a while,” he said.

Koscik noted that once the funding is cut off, the program will cease to exist.

“The program will not sustain itself, the entire program for the county,” she said. “It is not just Tonopah because it affects Amargosa and Beatty as well. “We get grants but it’s not enough to sustain the program in its entirety. We get grants from the division of aging and also from the Nevada Department of Transportation and that is a fuel grant. We also get other types of grants for special things like the equipment grants. As far as the grant monies it is not enough.”

The Pahrump Senior Center will not be affected, as it does not accept county money.