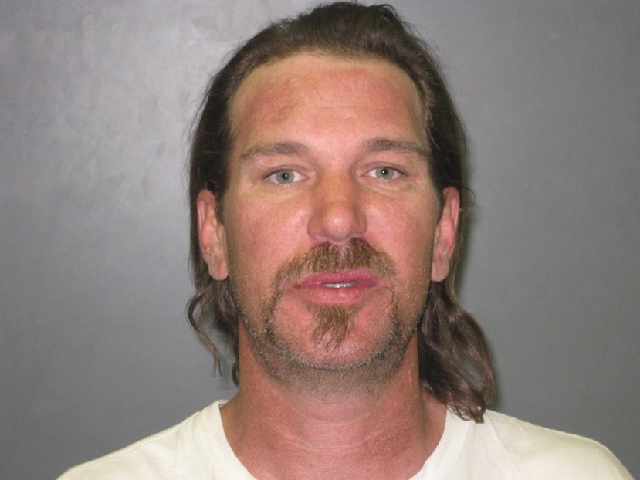 A District Court judge sentenced a man to prison for a maximum term of 25 years last week for driving while under the influence of alcohol, his fifth felony conviction, after she determined him to be a habitual criminal.

Chance Ryan Carden, 48, appeared in District Court Friday morning to be sentenced on a felony charge of DUI, his third DUI conviction since 2003, after he was found guilty of the offense following a trial in February.

Carden, who was already serving a sentence of four to 10 years for battery with use of a deadly weapon following a 2011 case, has reportedly been committing serious crimes in Nevada and California since the early 1990s.

Deputy District Attorney Michael Vieta-Kabell, the prosecutor in this case, asked Judge Kimberly Wanker to sentence Carden at the hearing as a habitual re-offender for the number of felony crimes he has been convicted of over the years and to enhance his sentence with additional prison time.

According to information submitted by the state, Carden was convicted of possessing stolen property in California in 1991, possessing a controlled substance in Clark County in 1996, attempting to possess a firearm as an ex-felon in Esmeralda County in 2003 and battery with use of a deadly weapon in Nye County in 2011.

The DUI charge was just the latest. Wanker said she believed Carden was becoming more and more violent each time he was let out of jail or prison.

She told the court that although having prior felony convictions doesn’t necessarily mean someone will automatically be sentenced as a habitual criminal offender, it seemed to her there weren’t many other options for Carden.

“Mr. Carden seems to have a problem with recidivism. And frankly Mr. Carden, if your prior convictions were only for possession of a controlled substance, I don’t think I would be inclined to impose the habitual enhancement. But here’s the thing, you haven’t learned. In fact, you just keep becoming more and more violent in these cases … So, I do think at this point imposing the habitual criminal enhancement is appropriate,” she said.

Ultimately, Wanker decided on a sentence of 25 years with the possibly of parole after 10 of those years had been served.

“Mr. Carden, I want you to know I’m not sentencing you with the habitual criminal status, you are, you’ve done this to yourself. You simply will not stop your behavior and the purpose behind the statute is to stop recidivism and you simply don’t seem to understand that,” the judge said.