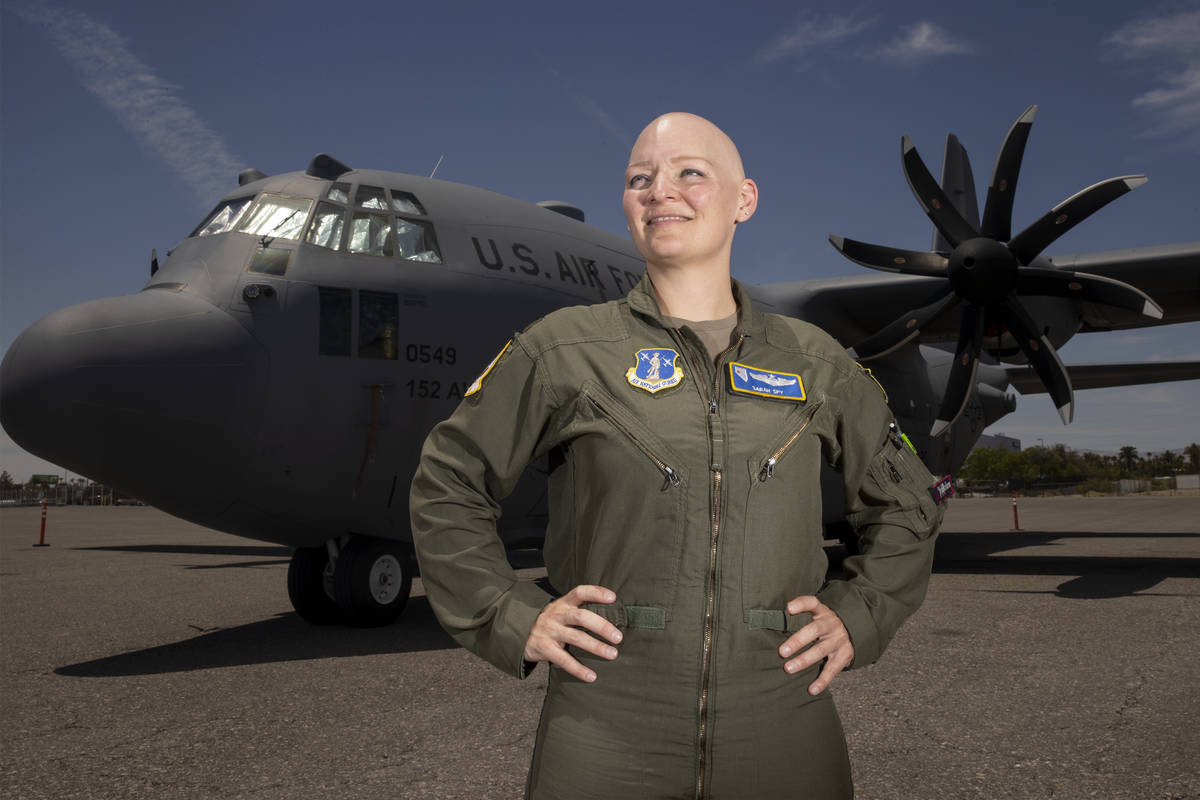 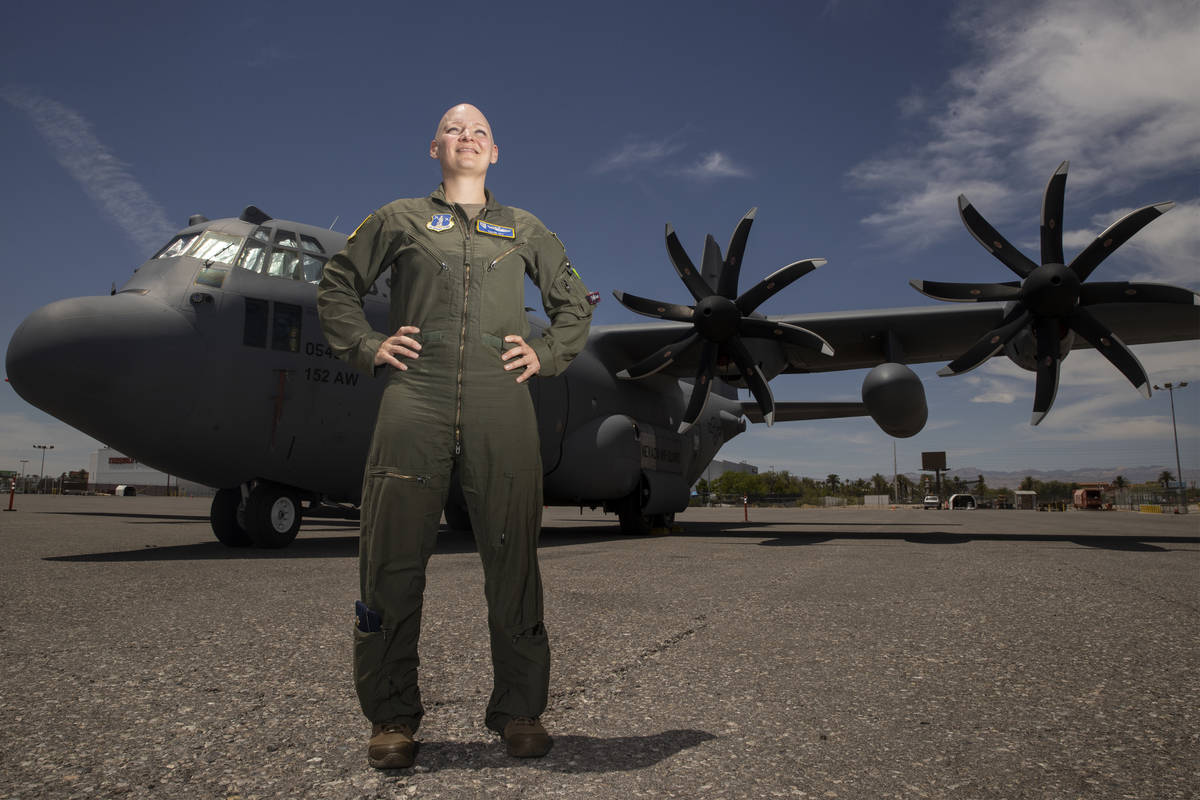 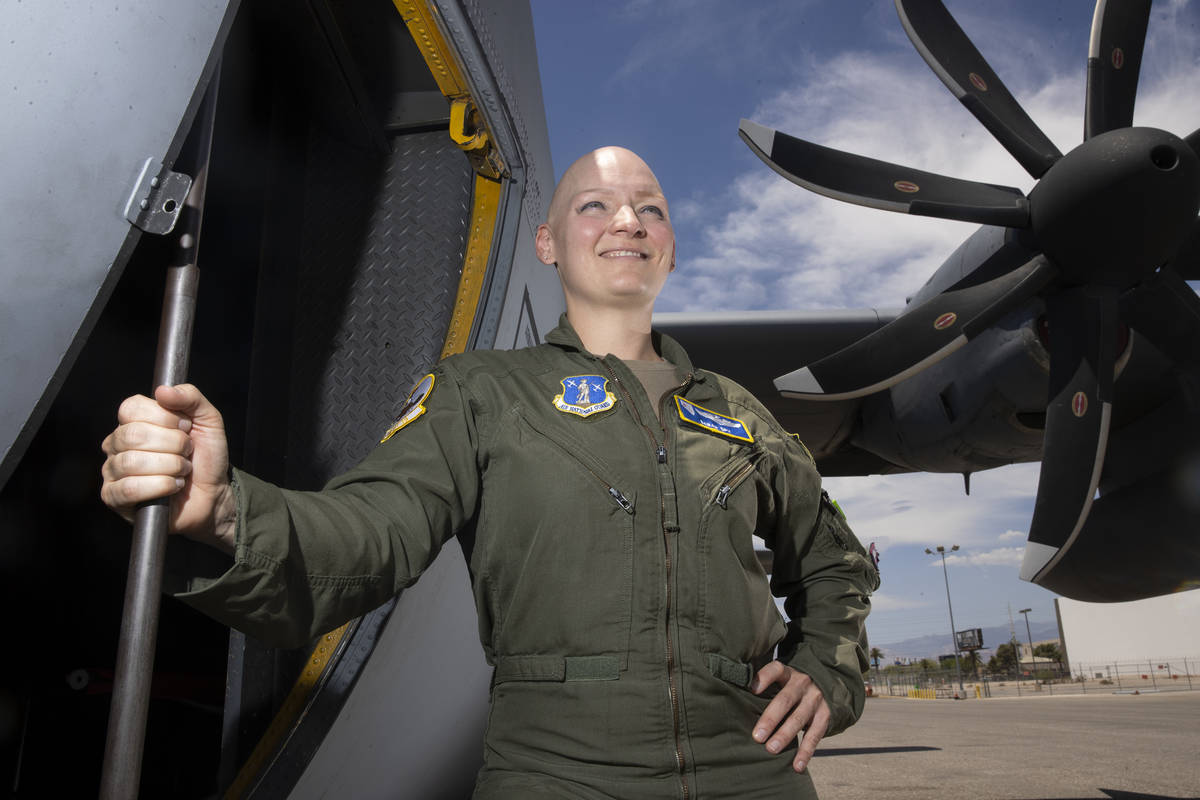 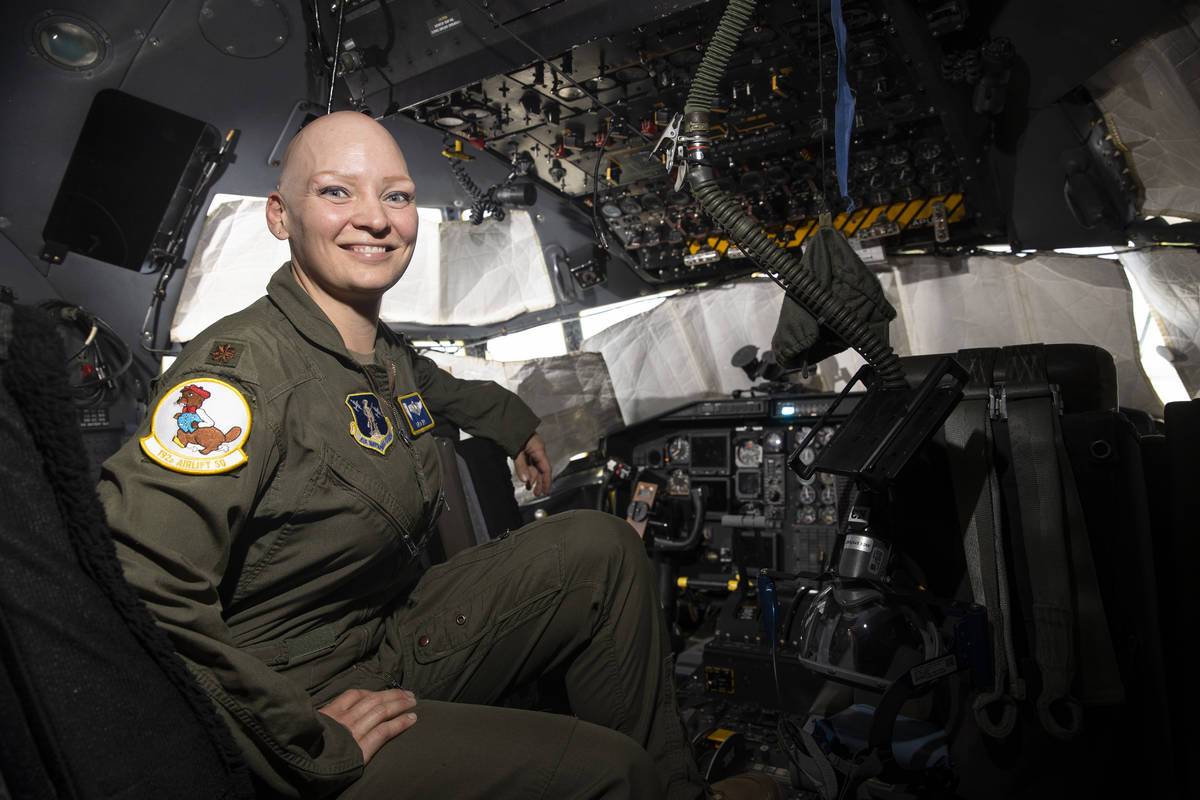 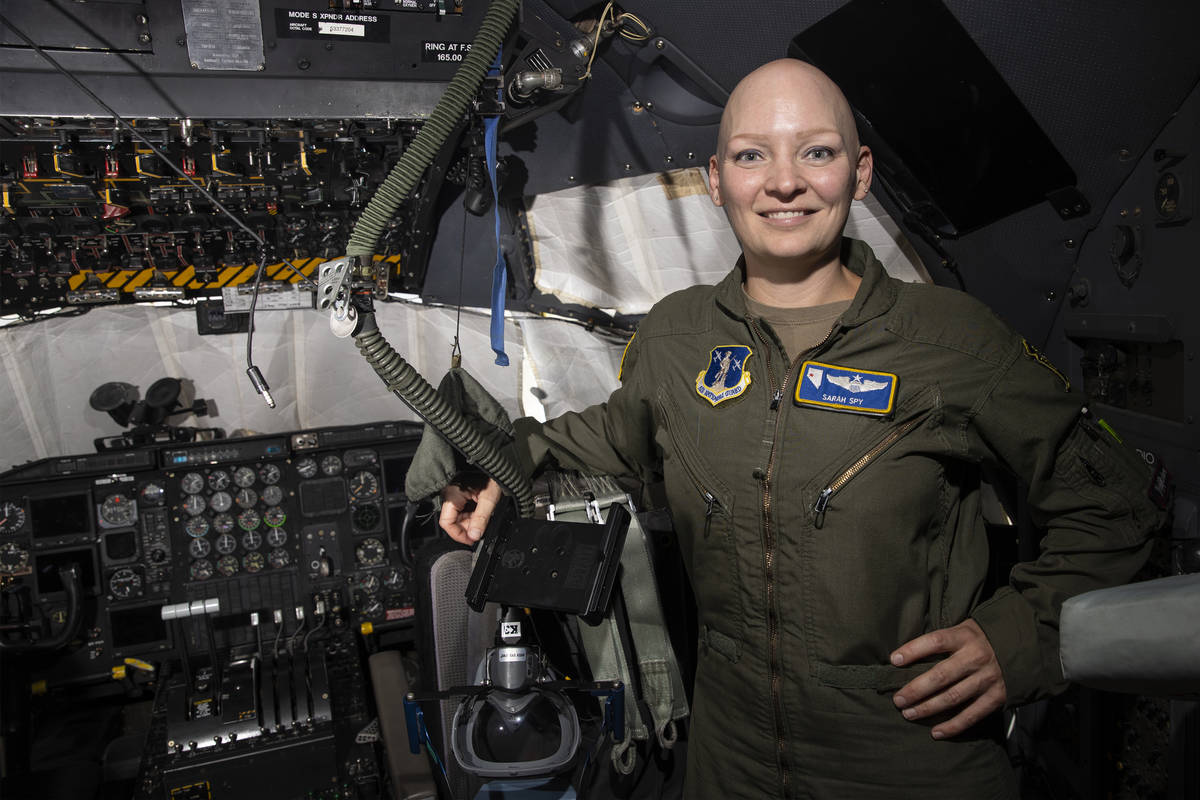 Maj. Sarah Spy has wanted to be a pilot since she was a little girl. Now, at 37, she has become the first female flight instructor pilot for the Nevada Air National Guard.

“It’s pretty exciting,” Spy said. “It’s kind of mind-blowing that there’s still firsts to be had in women in aviation, but I got one.”

Spy said she remembers as a child being glued to the window of a plane as it took off, and that exhilaration has never worn off. And growing up with a mother who excelled in a male-dominated field — she worked in train maintenance — Spy said she never doubted her ability to fly planes.

She said that women have been allowed to fly in combat missions in the armed forces only since the 1990s, so she’s used to being surrounded by mostly men in the Air Force. But whenever she attends the Women in Aviation International Conference, it’s a bit of a shock.

“They actually have a flight suit social one night, so there’s a whole room of just female flyers in their flight suits,” Spy said. “You’re just like, ‘Man, is this how the guys feel, with everyone around?’ It’s a very interesting feeling.”

Spy said it took years of training to qualify as an instructor. She has an undergraduate degree from Kent State University, has completed various pilot trainings and over 4,500 flight hours, served multiple deployments, and spent over 750 hours as a co-pilot before upgrading to aircraft commander and now instructor pilot.

“Actually I was selected a few years ago, just timing didn’t quite work out for me to go to school, but it finally worked out,” Spy said, adding that she just finished instructor pilot school in May. “COVID was good for one thing: It gave me time to do that.”

Col. Derek Gardner said he has worked with Spy since she came to the Nevada Air National Guard from Ohio in 2009. The pair became quick friends and deployed to the Middle East together a couple of times.

Though Spy referred to Gardner as a mentor, he said he hates the term because he doesn’t want people to think he’s better than her.

“Sarah has always been super interested in improving herself, and she’s never wanted to do just the bare minimum,” Gardner said. “She’s always been driven and motivated to learn and broaden her skills.”

Gardner said Spy has long planned for her future and paid attention to minor details, both in flight and in administrative areas. But he said “the rubber hit the road” in 2019 when she was hired as a pilot for Delta Air Lines.

“The temptation is always to pull back from the Guard and have the airline be your primary focus,” Gardner said. “But she did not let up on either side. She kept up with her own stuff, and she kept up on the Guard side as well and continued to push forward as much as she could to progress in the Guard.”

Spy said she wants people with aspirations of flying to know that it’s possible, no matter your background.

“I grew up not exactly well off, so it was a little bit of a difficult journey to make it through where I was, so I just wouldn’t want anyone to give up because I’ve heard so many times, ‘I was wanting to be a pilot, but I couldn’t do this, I had this issue, I can’t afford that,’” Spy said. “I just try not to let people let those blocks get in the way so someday they’re not saying, ‘I wanted to be a pilot, but …’”