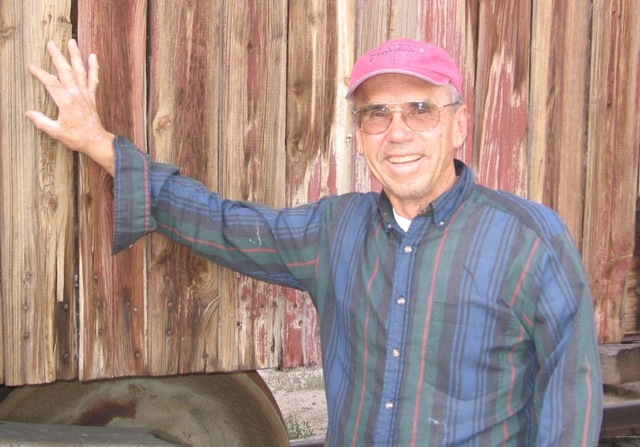 The 70-year-old Metscher has devoted the last 30 years to researching and documenting the history of the Tonopah Army Air Base and the Nevada Test and Training Range.

He said the site has an ominous past. “Our Historical Society and Museum in Tonopah sponsored two reunions for the base personnel in 1987 and 1992,” he said. “Those who came talked about the base being jinxed because there were a lot of accidents that killed the men there. It was just about every kind of bad accident you could think of, so it became known as a jinxed base. They still had that in their minds because they were about 19, 20 and 21 years old at the time.”

There will be a video entitled, ‘World War II Glide Bomb Tests at the Tonopah Army Air Base’ after the lecture.

The remnants of the base can be found eight miles east of Tonopah at the county’s airport. According to Metscher, the base is said to be jinxed because 140 men were killed at the base during the nearly three years it was in use during World War II.

“We started the Central Nevada Historical Society out of the love of history,” the 70-year-old said. “Our first project was restoring the old Tonopah miner’s cemetery.”

Much of Metscher’s knowledge came from spending time with his grandfather, who was born in a community just outside of Goldfield.

He said several members of his family worked and died in the mining industry.

“My grandfather died in a mining accident or because of one,” he said. “He left behind two little kids, which were my dad and my uncle. They grew up and caught gold fever, working in mines, which killed them too.”

Metscher said before his father died, he shared stories with him and his brothers about working on the railroad and different mines. “Goldfield was a heck of a town before the big fire in 1923 wiped it out.”

“He would take us out to the nearby hills and mining camps and tell different stories about them,” he said. “It just installed the love of history for us. As a little boy, I remember sitting in a Ford pickup every day watching everything happen around me.”