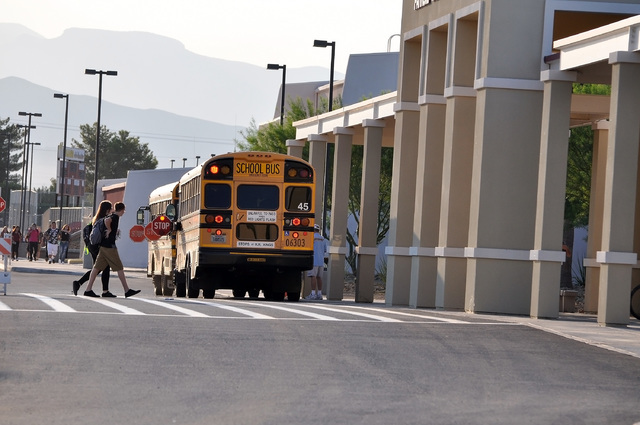 Horace Langford Jr./Pahrump Valley Times The first day of the 2016-17 school year went off fairly smoothly for the Nye County School District with just a few minor hiccups in an otherwise routine day. Minor issues concerning school buses on Monday were of the human variety. 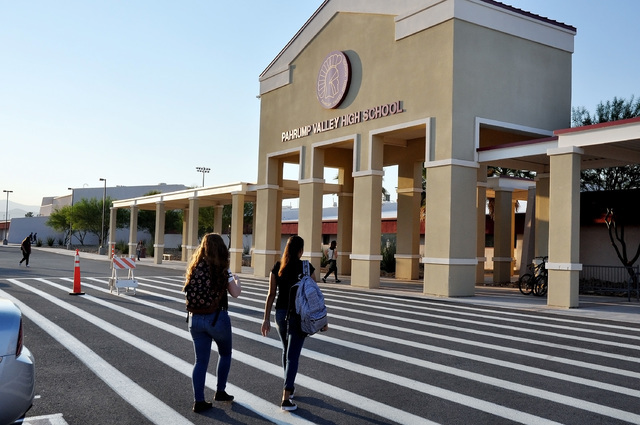 The first day of the 2016-17 school year went off fairly smoothly for the Nye County School District, with just a few minor hiccups, in an otherwise routine day.

There were minor issues concerning school buses on the first day of school, but the issues were of the human variety.

“It would be very helpful if parents would avoid last-minute changes as the margin of error increases tremendously when anything last-minute is expected,” said Nye County School District Superintendent Dale Norton.

Having a plan in place to ensure the morning and afternoons on school days go as well as possible is something all families should do, Norton said.

“I do want to strongly encourage and remind everyone that the First Days of School (Harry Wong) strategies, or something similar for developing your routines, should be in place,” he said. “The first three days prior to the Thursday/Friday in-service days would be the opportune time to put those procedural practices into place with a follow-up on Monday, August 15.”

The initial student count is down from the end of the 2015-16 school year, but Norton explained that several students were missing immunization shots, causing them to be excluded from attending school the first day.

In addition, there were still students being registered across the district, which should raise the student count by the time count day rolls around in September.

As the new school year kicked off in Nye County Monday, law enforcement wants to remind residents to be extra cautious on area roads.

The Nye County Sheriff’s Office warns motorists that school buses are back on county roads, and students will be walking along the side of roads and waiting for buses.

NCSO urges drivers to carefully watch for children near school buildings, in areas where school buses are traveling or where there are signs for school zones or bus stops.

“Traffic safety and the safety of children are always a priority for police everywhere, especially at this time of the year,” the sheriff’s office said in a statement.

If a motorist is approaching a school bus from either the front or behind, and its yellow lights are flashing, be aware that the bus is preparing to stop.

If the bus’ red lights are flashing, drivers must stop, as required by law. This law not only applies on roads, but it also includes parking lots and on school grounds.

Drivers are warned to drive carefully and allow themselves an adequate amount of time to get to their destination, especially when children will be getting on or off school buses.

Those motorists who fail to observe posted speed limits are reminded that speed infractions in school zones have increased penalties.

NCSO deputies will be on alert, strictly enforcing speed limits and passing school bus violations in and around school areas and where children are being picked up and dropped off.