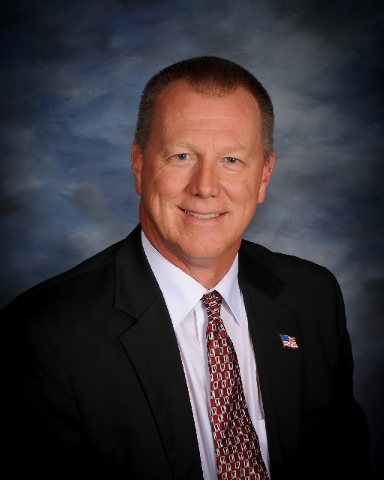 Nye County School District is looking for a few good educators — 27 of them to be exact.

Dale Norton, district superintendent, says the new hiring is among many of the duties he has leading up to the Aug. 26 start of the new school year.

The new teachers are replacing not only people who resigned at the end of last year, but they include five new kindergarten teachers covered in the new 2013-14 budget.

All of these have to be filled in the next six weeks.

In addition there are four vacancies in Round Mountain, Tonopah elementary, middle and high schools. Of the teachers who resigned, thirteen retired; six accepted positions with other districts, five left for personal reasons and the remaining are new teacher positions not yet filled.

Incentives are being offered with the new Amargosa positions.

Those who meet grant goals are given five extra days on their contract as well as a gas card. A new principal was announced in Amargosa two weeks ago. Robert Williams is taking the top spot in the school.

According to Norton, “This (teacher resignation) isn’t uncommon in crisis times like a long recession. Usually, in more prosperous times, there are always resignations just before school starts and sometimes during the year when life situations change, but they’re a lot fewer than when the economy is down and people need to move where all members of the family can find work. We will have these filled well before school starts,” he said.

Over the last three years, school enrollment has decreased in Nye County.

“Some of that is due to this area not being a high-preference one like Clark County, which is growing in families and thus more kids of school age,” Norton said. “We want to see a sustained high number of graduates each year who are also likely to go on with their education and become good citizens.”

As the largest of Nevada’s counties in terms of square miles, one of the concerns for the school board and the superintendent is transportation, the numbers of kids riding buses, the price of gas and maintenance as well as the great distances between remote locations. “Most people don’t know that our buses travel over a million miles a year,” said Norton.

Besides new hiring, other changes to Nye County schools next year include tweaking some learning courses.

All schools are piloting a new math and reading curriculum from McGraw-Hill Publishers at the Pahrump elementary schools; new instructional specialists are available through the school year to collaborate with school staff to support continued academic growth, and tutoring on an as-needed basis has been added to all elementary schools.

According to Norton, decreasing the drop-out rate (which is not yet officially published for last year but increased over the last decade), and increasing the graduation rate are his and the board’s highest priorities.

“Our hiring is for the highest-credentialed people, who relate well with the kids,” he said.

Norton reflects on his own hopes for the school year.

“I want them to have the best educational setting they can get, so we’re producing productive, educated citizens who can read and write well, have a good math understanding and can pay their bills on time; can reason, have healthy relationships and will eventually reach out and help build a strong community wherever they are,” he said.