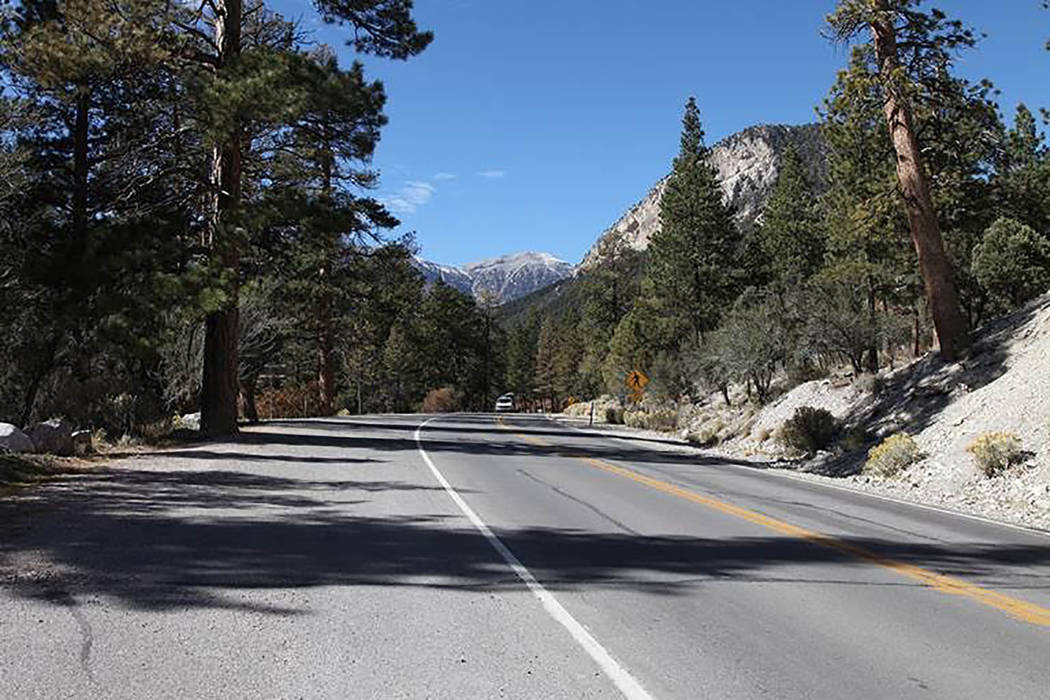 Special to the Pahrump Valley Times A photo of Kyle Canyon Road. The Nevada Department of Transportation has announced a change in how it will treat the road when it comes to deicing this winter.

Instead, maintenance crews will be using sand, which provides wheel traction but does little for roadway de-icing, NDOT said.

“Our priority is the health and welfare of Mount Charleston residents and visitors,” NDOT District 1 Engineer Mary Martini said in a statement. “As such, we are discontinuing use of ‘Ice Slicer’ amid environmental concerns. While we search for a viable alternative, crews will use sand on the roads during the interim.”

For decades, icy roads on Mount Charleston were treated with a mixture of sand and salt, leaving behind a layer of grit and dust that eventually ran afoul of air quality rules.

The department eventually solved that problem six years ago by switching to a product called Ice Slicer, which dissolves completely in water and doesn’t need to be mixed with sand or cinders.

The department has tried other products, including a magnesium sulfate mix, but it hasn’t found anything that works as efficiently in the unique conditions on Mount Charleston.

The department orders about 40 tons of Ice Slicer annually, though its actual usage varies greatly depending upon weather, location and need. (Ice Slicer will continue to be used on the remainder of Nevada Highways 157, 156 and 158, as well as other weather-impacted areas throughout Southern Nevada).

“Although there is no evidence directly linking Ice Slicer runoff with changes in well water chemistry, we decided to err on the side of caution,” Martini said.

“This is a preventative measure to ensure the continued well-being of Mount Charleston residents and visitors. We will closely monitor traffic conditions, making any necessary adjustments,” she said.