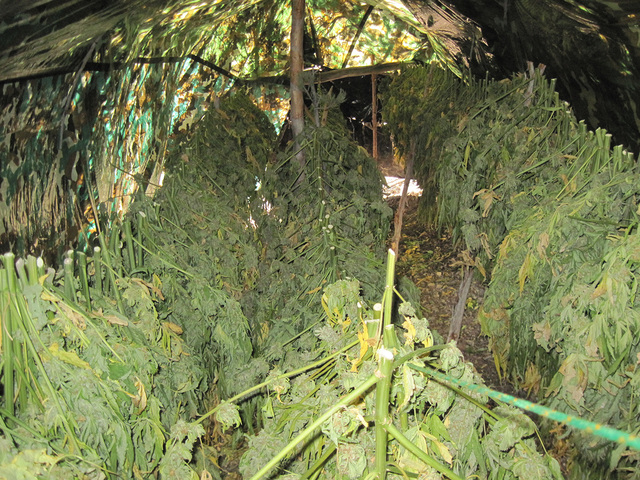 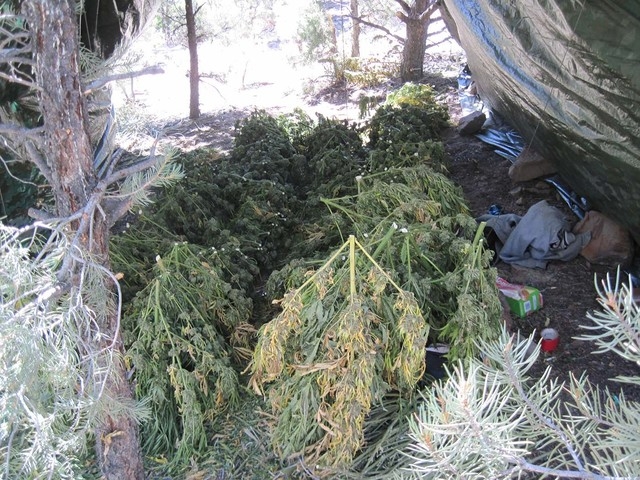 Nye County Sheriff’s deputies recently participated in an “eradication operation” of a marijuana grow estimated at a street value of nearly $34 million in the Quinn Mountain range located in Railroad Valley.

According to Police Sgt. Chris Puckett, his office received information late in the summer “that there could possibly be an outdoor marijuana grow” at the location.

“A member from the NCSO and a special agent from the National Forest Service conducted a recon flight of the area with the use of a Drug Enforcement Agency aircraft,” Puckett said.

The marijuana grow was located nearly 2.5 miles up a canyon, he said.

Approximately 8,500 to 9,000 plants were cut, according to the sheriff’s office, while Las Vegas police airlifted approximately 30 bundles from the canyon, each weighing 60-to-100 pounds.

While no suspects have been arrested, the grow was “a sophisticated operation,” Puckett said.

Irrigation lines were found throughout the grow, and three huts were found with several hundred marijuana plants drying, ready for processing.

One hut was found for the processing of the marijuana.

Also found were two living quarters and a kitchen area equipped with a Coleman stove, propane bottles and an ample amount of food, according to the sheriff’s office.

Puckett said the eradication is a reminder that people using back country areas for recreation need to be aware of their surroundings.

“The Nye County Sheriff’s Office urges hunters and hikers to be vigilant and aware of their surroundings when dealing with that amount of product, it is not uncommon to have people protecting their investment,” the sheriff’s office said. “Please remember to be safe at all times and make sure someone knows where you are, in case you have a problem.”