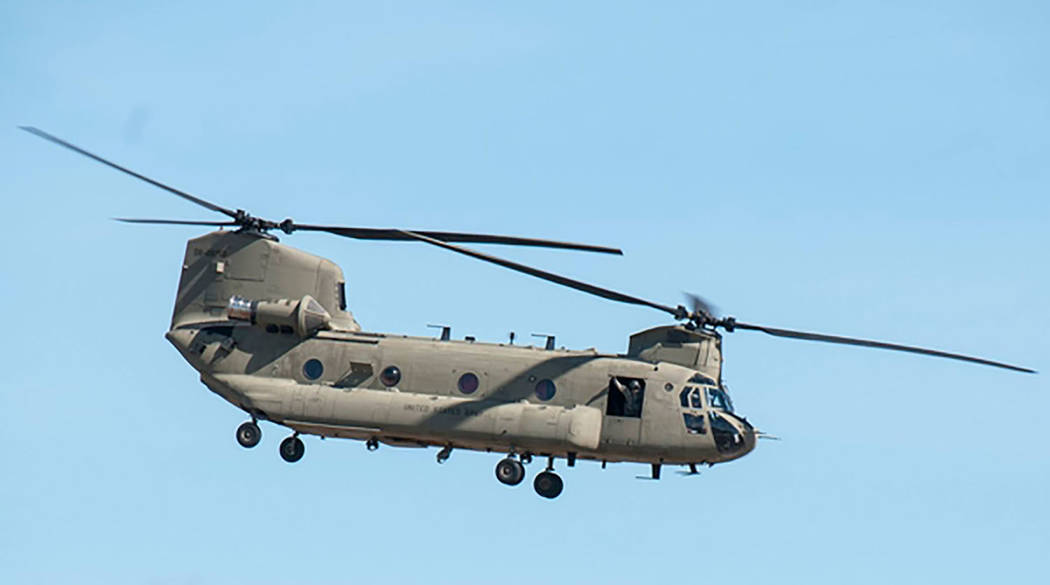 The first of six CH-47 F model Chinook helicopters destined for the Silver State hovered over the Army Aviation Support Facility before finally landing to the delight of dozens of Nevada Army National Guard aviators and maintainers ecstatic about the arrival of the late-model aircraft.

The arrival earlier this year of B Company, 1/189th General Support Aviation Battalion’s first F model Chinook marked the beginning of a new era for the Nevada Army National Guard Aviation Control Element, which will eventually house and maintain six F model Chinooks that were previously in the active duty fleet.

The initial frame acquired by the Nevada Army Guard was previously based at Fort Campbell, Kentucky.

A second F model Chinook, currently at Fort Campbell, is expected to arrive within the next month. It’s not yet known when the remaining aircraft in the fleet upgrade will arrive.

“It’s a new generation. Instead of having our old D models that date back to Vietnam (War era) that were modified in the early 1990s, we will now be working with much more modern aircraft,” said Chief Warrant Officer 4 Joseph “Seppl” Baumann, the unit’s pilot in command who flew the Chinook from Kentucky.

Manufactured in 2008, the F models set to arrive in Nevada have between 2,000 and 3,000 flight hours, mostly recorded in Afghanistan. The unit will continue flying its D model aircraft until they are eventually phased out by the F models.

The main difference between the F and D models is visible in the cockpit, where glass controls — including digital controls with five multi-functional displays resembling iPads — help pilots control the aircraft. The system replaces the old steam gauge cockpit.

“Almost everything in the back is almost exactly the same,” Baumann said. “Everything forward, with more electronics, is different.”

The Nevada National Guard received word of the available aircraft less than a month ago. Baumann and 1st Lt. Nicholas Hobart, who had previously trained on the F models, took a week-long refresher course before flying the aircraft to Nevada.

One of the crew chiefs on the flight, Spc. Joseph Page, had only recently certified as a crew chief. The flight from Kentucky to Nevada was the longest of his Army aviation career.

“It was pretty cool,” Page said. “Getting to see the country and having the chance to gain all this flight experience was a great opportunity. These models are pretty sweet and slick.”