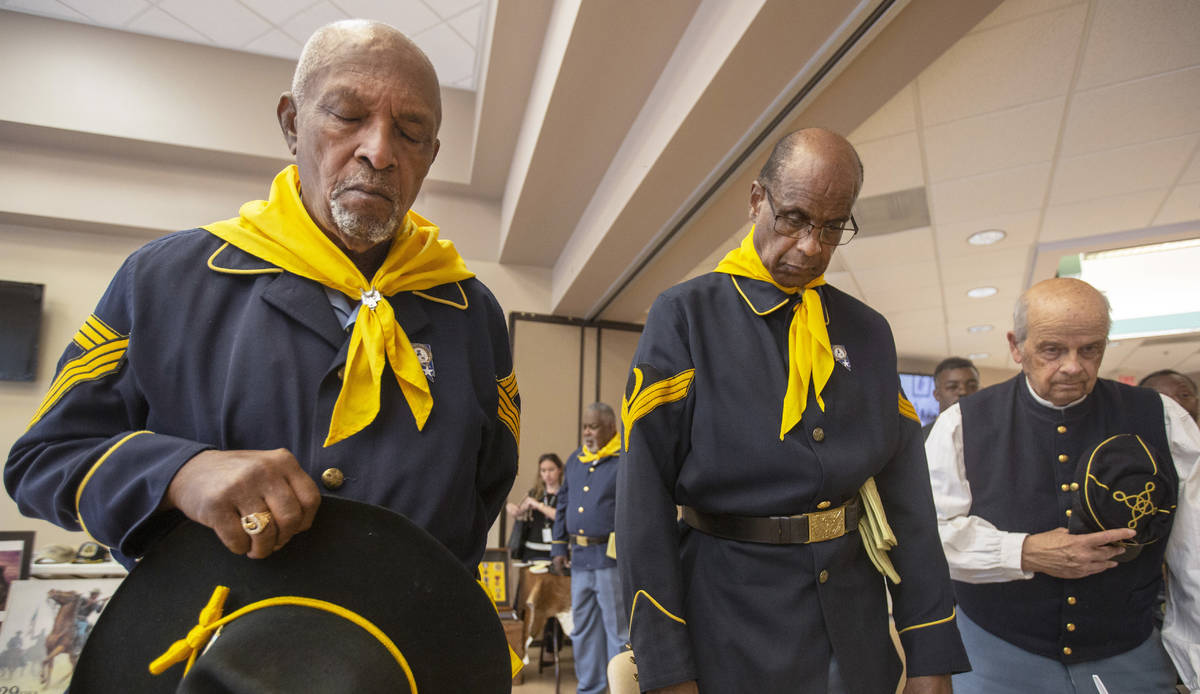 “The Buffalo Soldiers have long deserved to be recognized for the contributions they have made to this country and to our state,” said state Sen. Dallas Harris, a co-sponsor of Senate Bill 336. “That is why it was my honor to co-sponsor a bill last session that created the nation’s first Buffalo Soldiers Day.

“Buffalo Soldiers provide a timely example of true patriotism and sacrifice, and I am grateful to the Nevada Department of Veteran Services for honoring their service.”

Nevada’s African-American veterans were recognized at Tuesday’s event with a proclamation and a calendar commemorating their service. State legislators, dignitaries, honored veterans and the Southern Nevada Buffalo Soldiers 9th and 10th Horse Cavalry Association attended. The event was held with a limited number of attendees, along with social distancing and face coverings required for those who did attend, following all COVID-19 precautions and protocols.

“NDVS is proud to have this opportunity to salute the courageous African-American warriors who served with honor, often while struggling against racism, bigotry and discrimination,” NDVS Director Kat Miller said. “The Buffalo Soldiers’ important role in American history is often overlooked. Today, we highlight their contributions while celebrating the service of the veterans who carry on their legacy, the African-American soldiers, Marines, sailors, airmen and women and members of the Coast Guard, who continue to serve with distinction.”

On July 28, 1866, Congress enacted legislation allowing African-American men to serve in segregated units in the United States Army. These units consisted of former slaves and African-American soldiers who fought in the Civil War. These soldiers were nicknamed “Buffalo Soldiers” by the Native Americans against whom they fought because of their reputation for toughness and bravery in battle and the buffalo fur coats they wore in the winter.

Twenty-three Buffalo Soldiers received the Congressional Medal of Honor. Besides their impressive military contributions, the Buffalo Soldiers also had a significant role in the expansion of the West by escorting settlers, cattle herds and railroad crews, exploring and mapping vast areas and stringing hundreds of miles of telegraph lines. Buffalo Soldiers also were some of the first park rangers in the national parks of the Sierra Nevada.