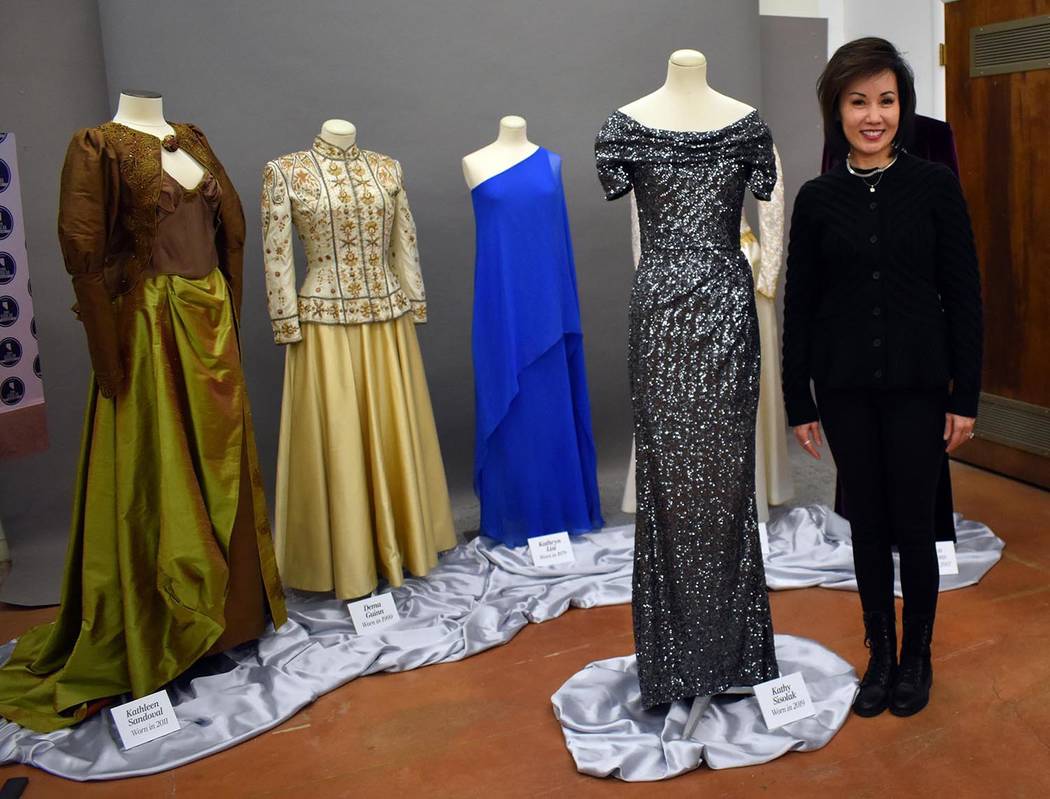 Guy Clifton/Travel Nevada Nevada first lady Kathy Sisolak stands next to the inaugural gown she wore at her husband's inaugural balls in Reno and Las Vegas and in front of the gowns of other former Nevada first ladies. Sisolak followed a Nevada tradition of donating her gown to the Nevada State Museum. 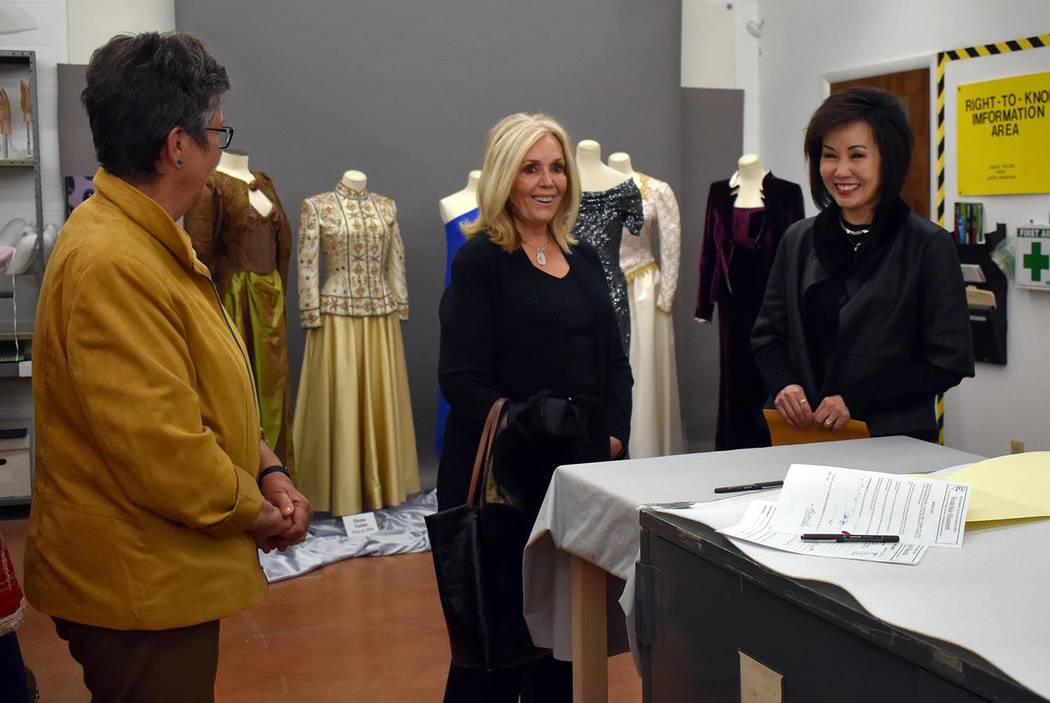 Nevada first lady Kathy Sisolak continued what has become a tradition in Nevada by donating the gown she wore at her husband’s inaugural ball to the Nevada State Museum.

“It’s a real honor to be a part of Nevada’s rich history of the inaugural gowns and proud to be a part of this museum,” Mrs. Sisolak said in a statement last week. “It’s unbelievable.”

Joined by Gov. Steve Sisolak and former Nevada first lady Dema Guinn, Kathy Sisolak on Oct. 30 signed a formal deed of gift document for the Dolce &Gabanna gown, which she purchased online and wore at the inaugural balls in Reno and Las Vegas.

“She’s now a part of Nevada history,” Gov. Sisolak said in a news release. “One hundred years from now, folks will be able to see the dress, which is pretty exciting.”

The donation brings the museum’s collection of First Lady gowns to 16, said Jan Loverin, curator at Marjorie Russell Clothing and Textiles Research Center, where the gowns are kept.

“They range from the earliest, which was worn by Una Riley Dickerson in 1909 up until our current donation, Mrs. Sisolak’s in 2019,” Loverin said.

Former first lady Marjorie (Guild) Russell, the namesake of the research center and daughter of Nevada State Museum founder Clark Guild, started the tradition of donating the gowns to the museum in 1964.

The First Lady Gowns Collection will be the focus of the new exhibit at the Nevada State Museum in 2020.