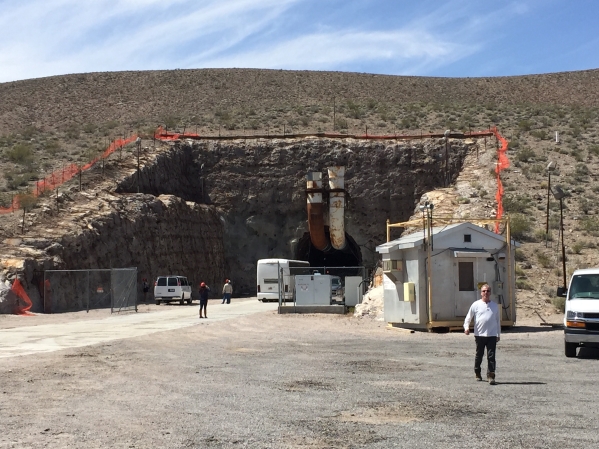 CARSON CITY — The state Board of Examiners on Tuesday hired a former chief deputy attorney general under a $300,000 contract to continue Nevada’s efforts to fight the location of a nuclear repository at Yucca Mountain.

Marta Adams, who retired from the state attorney general’s office at the end of July, will return to the office as a consultant earning $200 an hour to help stop the repository. The $300,000 is the maximum amount of the contract over two years.

Adams had represented Nevada in all matters involving the controversial nuclear waste program since 1998.

In her new position, she will work with Deputy Attorney General Belinda Suwe to prepare her to take over the legal aspects of defending Nevada against the Yucca Mountain project. Adams’ contract runs through September 2017.

Gov. Brian Sandoval said he was pleased to see Adams return to the office to help Nevada in its efforts to block Yucca Mountain. The hourly rate for her services shows that Adams is a “true public servant” who is committed to the Yucca Mountain fight, he said.

The funding will come from $2.5 million appropriated by the Legislature to continue the state’s efforts to block Yucca Mountain. The $2.5 million was set aside in the event of a “worst case” scenario in which efforts move forward to open the repository.

Despite repeated claims by opponents that the project is dead, efforts continue to open the repository.

The Nuclear Regulatory Commission is holding two public meetings in Nevada later this month to discuss the latest environmental report on the proposed repository.

A Sept. 15 meeting is set for the Embassy Suites Convention Center at 3600 Paradise Road in Las Vegas. On Sept. 17, the commission will hear comments at the Amargosa Community Center, 821 E. Amargosa Farm Road, in Amargosa Valley.

The agency is collecting public comment on the Yucca Mountain supplemental environmental report released this month. The report said particles of nuclear waste that might leak into groundwater from the repository would have only a small effect on health and safety.