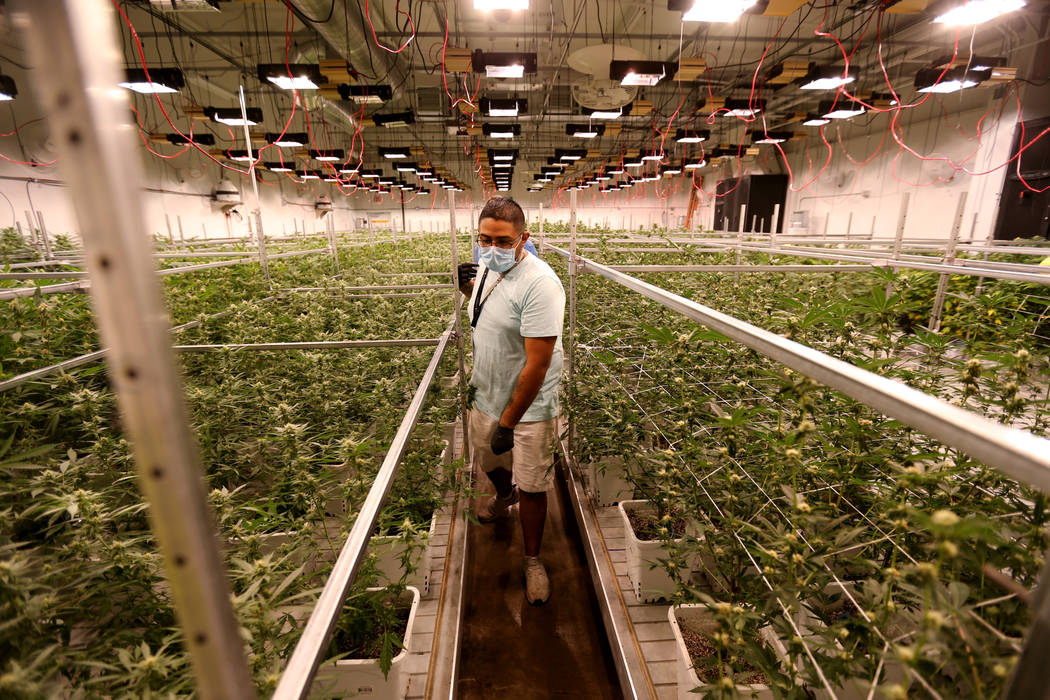 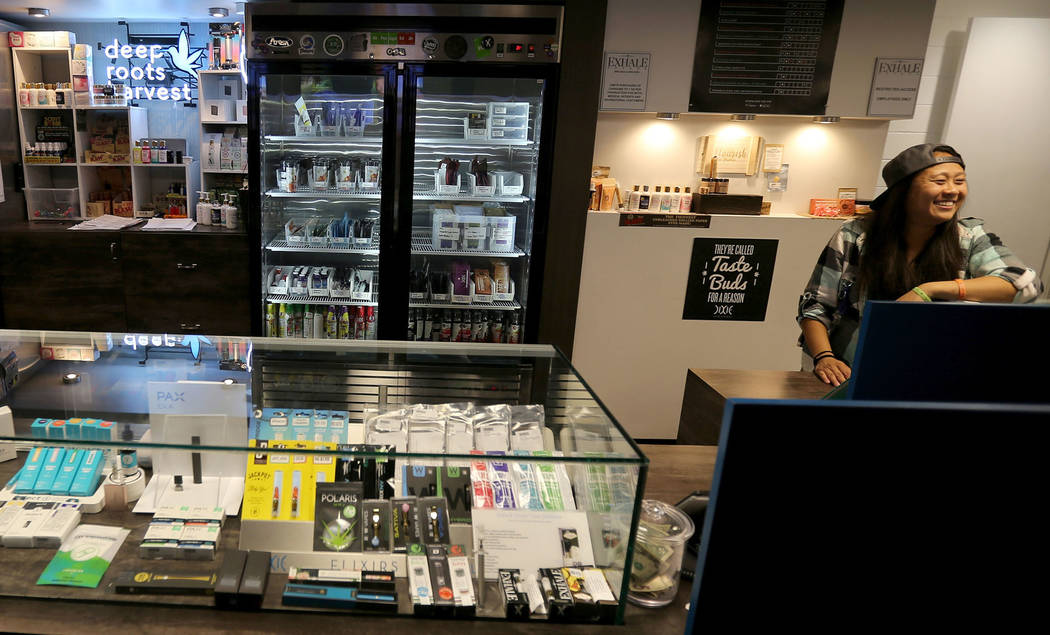 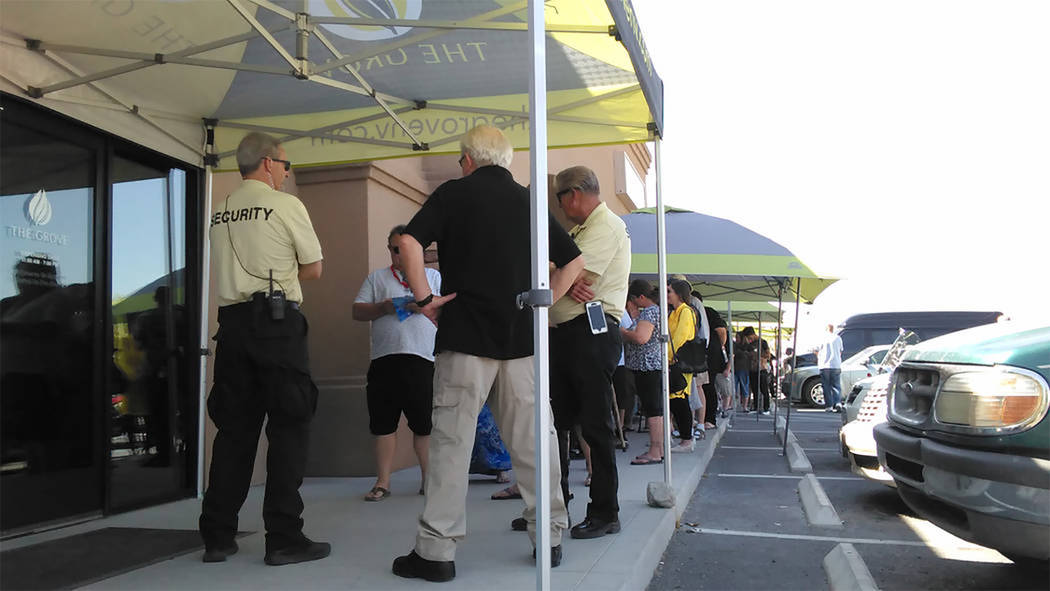 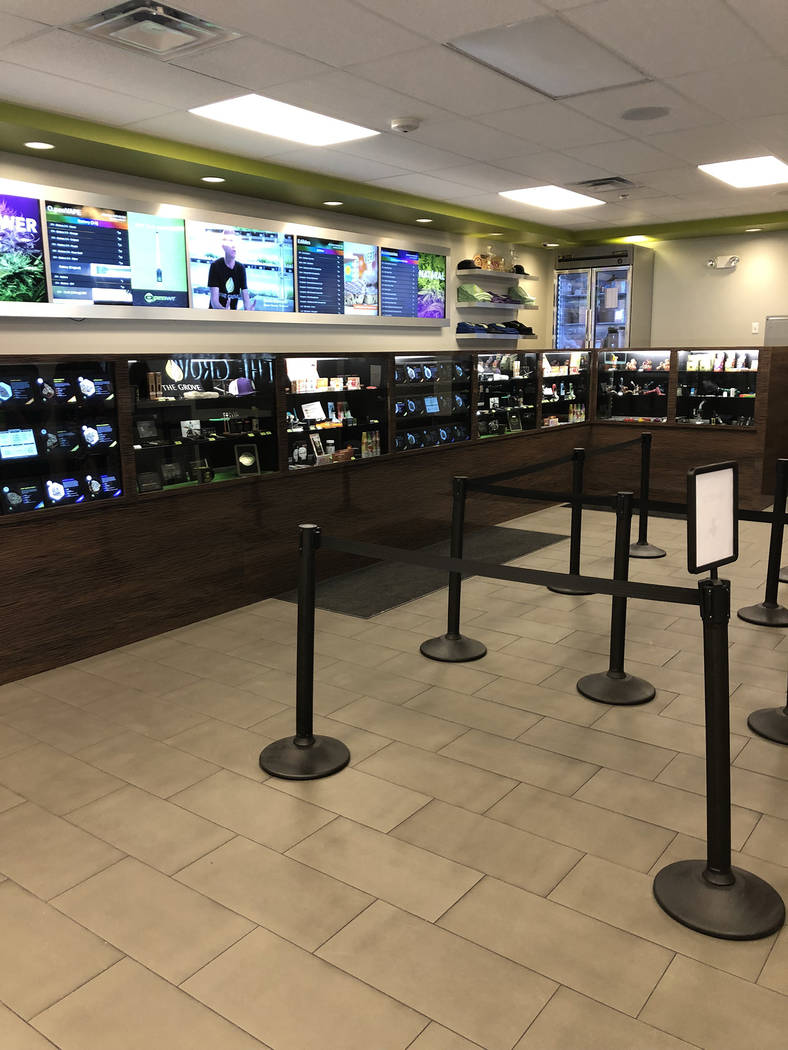 Special to the Pahrump Valley Times Aside from marijuana buds, the Grove dispensary offers a variety of products including marijuana-infused edibles and pot smoking accessories at Pahrump's 1541 East Basin Avenue location.

Including recreational and medical marijuana, as well as marijuana-related goods and accessories, Nevada stores reported just under $530 million of sales, according to figures released Tuesday by the Nevada Department of Taxation.

That dwarfs first-year sales in other states and significantly outpaced Nevada’s own projections for the budding industry.

Bill Anderson, executive director of the tax department, said the state’s marijuana industry “has not only exceeded revenue expectations but proven to be a largely successful one from a regulatory standpoint.”

“We have not experienced any major hiccups or compliance issues,” he added. “As we move into fiscal year 2019, we expect to see continued growth in the industry by way of additional businesses opening up, and we expect revenues to continue to be strong.”

First-year sales were about 60 percent higher than the state’s predictions of $265 million and significantly outpaced all other states that have legalized the sale of recreational marijuana.

Colorado, the first of the nine states to legalize retail pot, sold $303 million in adult-use marijuana in 2014, its first full year, while Washington sold $259 million and Oregon sold $241 million.

The $69.8 million the state collected from the combined taxes on marijuana was about $20 million more than state officials had predicted.

By comparison, Nevada’s levy on alcohol has yielded about $49 million in each of the last two fiscal years. That means that in after just its first year, Nevada’s marijuana industry is already a biggerrevenue generator than alcohol.

Nevada’s first year of sales was relatively smooth in other ways, with none of the major problems — like hash oil explosions, pesticide contamination and oversaturation of the markets — that have plagued other marijuana states.

But Riana Durrett, executive director of the Nevada Dispensary Association, cautioned that just because the industry got off to a hot start, that does not mean the high sales numbers are guaranteed to continue.

Durrett said shop owners are worried that some of the pitfalls, especially oversaturation and black market sales, pose a risk to the stability of Nevada’s market.

“(Owners) are glad that it’s working and that we have a healthy market,” she said. “But they’re very weary that if you don’t protect the market, it could go away or we could have a huge dip.”

Despite that, the state could more than double the number of licensed dispensaries over the next few years to a maximum of 136. It may be difficult, however, for Nevada to quickly reach the $1 billion threshold in annual recreational marijuana sales that Colorado and Oregon have hit since fully legalizing the drug in 2014.

State Sen. Tick Segerblom, one of the biggest cannabis supporters in the Legislature, said legalizing marijuana consumption lounges could help Nevada’s market continue to grow. Pot use is banned at all gaming properties and in public, leaving tourists little in the way of options for consumption.

“You can’t encourage people to come to Nevada to buy marijuana but tell them they can’t use it or take it home,” he said. “I think the hypocrisy is killing us.”