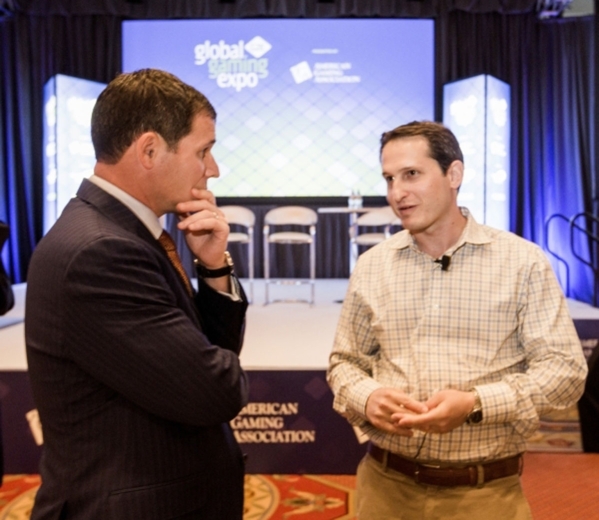 Add Rep. Dina Titus to the list of congressional representatives requesting hearings be held on the legalities of daily fantasy sports businesses that have come under fire over cheating allegations and concerns the industry is largely unregulated.

In a letter Thursday to the chairman and the ranking member of the House Committee on Energy and Commerce, Titus, D-Las Vegas, said it was “critical” Congress “investigate this growing industry.”

Nevada gaming regulators asked the state’s attorney general’s office, which advises the Gaming Control Board and Nevada Gaming Commission, to analyze the legalities of the activity. While the Control Board hasn’t taken a formal position on daily fantasy sports, regulators have cautioned casino and sports book operators to keep their distance. Several operators have said the activity is gambling.

In an interview, Titus said she had talked Rep. Frank Pallone, Jr., D-N.J., the committee’s ranking member, about bringing Las Vegas gaming leaders to Capitol Hill to testify for the hearings. She said she has spoken with representatives of sports book operator William Hill US about possible hearings. William Hill US CEO Joe Asher has said in public statements that daily fantasy sports is gambling and needs to be regulated.

“We have the all the experts in Las Vegas,” Titus said.

Titus’ letter comes a day after FanDuel and DraftKings — the two largest daily fantasy sports operators — took steps to repair public damage after a DraftKings employee won $350,000 in a FanDuel contest reportedly by using inside information.

Both websites said Wednesday they had banned their employees from competing in daily fantasy sports contests and brought in outside law firms and former prosecutors to investigate and review their internal controls.

“Players on all (daily fantasy sports) sites likely assume that consumer protections are in place to prevent some players from having such an advantage,” Titus wrote. “Unfortunately, many learned the hard way that they were losing money to competitors utilizing access to information to upend the competitive balance.”

Pallone called for hearings into the issues surrounding daily fantasy sports last month, questioning whether or not the activity was gambling. No hearings have been scheduled.

At last week’s Global Gaming Expo in Las Vegas, DraftKings CEO Jason Robins said fantasy sports was a game of skill, similar to chess or playing the stock market. He said the players attracted to Boston-based DraftKings were predominately millennial men ages 21 to 35, who are analytical and favor data and research. He said under 15 percent of his customers have placed a sports wager in a Nevada sports book or with an off-shore sports wagering website.

In cable network interviews Oct. 7, Robins said he would be “open” to some sort of regulatory process and that his company’s employee was not guilty of any wrongdoing when he won the FanDuel contest.

The number of states investigating daily fantasy sports business is growing. Massachusetts and California have joined Nevada in taking a potential stand on the business that has swamped television airwaves with advertisements.

“Unlike legal sports betting, which is subject to stringent and significant regulatory requirements, (daily fantasy sports) is subject to no such oversight,” Titus wrote.

“If it’s legal, our casinos need to be involved in it,” Freeman said. “We’re focused on clarity.”