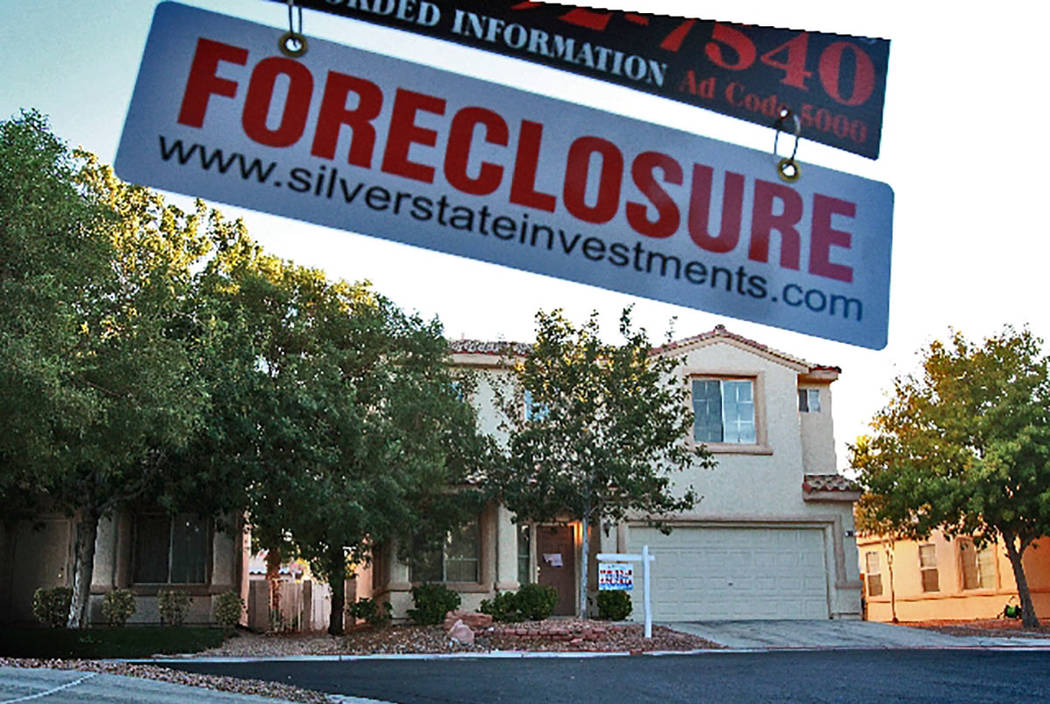 Nevada homeowners struggling with the housing crisis will lose $6.7 million in federal aid following a new report by a special inspector general for the Troubled Asset Relief Program that found the state is one of the worst participants in the program.

The report found that the Nevada Affordable Housing Assistance Corp., under contract with the Nevada Housing Division, has not met its quota for helping homeowners with underwater mortgages and spent funds lavishly on bonuses and perks for employees.

In fact, the inspector general called NAHAC “one of the worst participants in HHF (Hardest Hit Fund).”

As a result of the poor performance, the U.S. Treasury Department said Nevada will have its allocation under the TARP Hardest Hit Fund reduced by $6.7 million. Those funds will be redistributed to other higher performing states.

“In essence, because of Nevada’s poor performance, they are taking away $6.7 million,” said Rob Sholars, communications director for the Treasury special inspector general.

NAHAC, a nonprofit, distributes the Nevada Hardest Hit Fund, a free service created in 2010 under TARP to help homeowners facing foreclosures and difficulty staying in their homes following the recent housing crisis.

The Nevada program was set up to help more than 10,725 people, according to NAHAC estimates, but has helped only 5,584 since 2011, according to the inspector general report.

Last year, in fact, HHF Nevada did not provide mortgage modification assistance to any homeowners.

U.S. Rep. Dina Titus, D-Nevada, said she was alarmed by the mismanagement of the program when so many in the state were still suffering from the housing crisis.

“With this news, I am concerned that the state and NAHAC are giving the Trump administration a reason to pull even more housing assistance funds out of Nevada,” Titus said.

Titus said she raised red flags with Treasury and the state and demanded accountability “from a program that has increased its spending while helping fewer people.”

She said the Nevada attorney general should investigate and the state needs to restructure the program.

Contacted by telephone, Verise Campbell, the chief operating officer for NAHAC, asked to return the call shortly. She did not return the call. Additional attempts to reach her were unsuccessful.

Terri Wells, a spokeswoman for the director of the Nevada Department of Business and Industry, the parent department for the Nevada Housing Division, referred questions about HHF to Campbell.

Wells said state oversight of the HHF was restored in April 2016 but Treasury has formal oversight and accountability of the program.

But Sholars said the state has the contract with TARP.

Problems with the HHF program in Nevada first surfaced in 2015.

Bruce Breslow, director of the state’s Department of Business and Industry, and then-Nevada Housing Division Administrator Carla Manthe wrote Treasury to express their concerns with NAHAC.

Even though the Nevada Housing Division was in a three-party agreement with NAHAC and Treasury, a NAHAC advisory committee reduced “effective state oversight.” Breslow and Manthe also said in the letter that “the money is not reaching the Nevadans who need it.”

NAHAC bylaws were redrawn in 2016 to give the state representation on the nonprofit’s board of directors and give the board authority for the program and monitoring expenditures.

But an audit in 2016 by the special inspector general uncovered $8 million in wasteful spending.

During the past two years, NAHAC has severed its ties to the former CEO, who the audit found spent an $11,000 car allowance for a Mercedes-Benz.

The egregious misuse of the HHF program in Nevada prompted Sen. Charles Grassley, R-Iowa, to seek a program-wide audit.

A follow-up audit by the inspector general in 2017 found that more than $43,497 was spent in Nevada on bonuses, nearly all of which went to the former CEO.

More importantly, the 2017 audit found that fewer HHF funds were flowing to help homeowners in one of the most hard-hit states in the housing crisis.

Only 167 Nevada homeowners received some help from HHF Nevada last year, the inspector general noted, even though 72,048 people in the state were unemployed.

In fact, no Nevada homeowners received mortgage modification assistance from the HHF fund last year despite the fact that the program had $84.7 million available to help them, the inspector general found. The report also noted there were 49,849 homeowners in the state who owed more than their home was worth.

Treasury estimates that the $6.7 million in funds being cut could have helped nearly 700 Nevadans.

“That’s not just embarrassing. It is disgraceful and a disservice to the good people of our state,” Titus said.