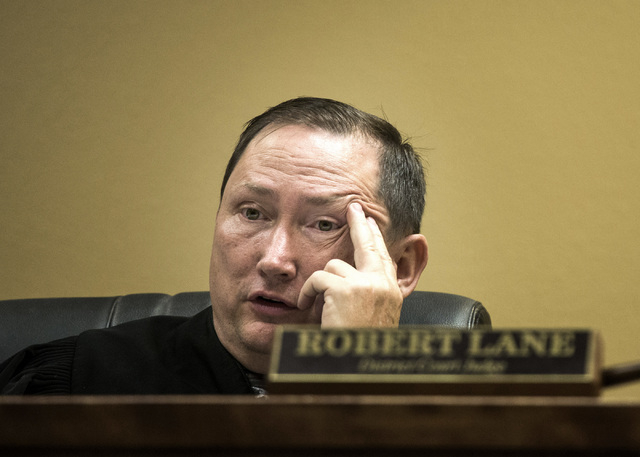 A new judicial district will take some of the caseload and travel away from Nye County’s two district judges.

Lane said the action saves the county money due to the elimination of having to travel between the counties, while noting the drive takes more than four hours each way.

“Judge (Kimberly) Wanker would go up and two weeks later I would go up and that was a lot of driving,” he said. “There is a cost savings involved which includes fuel, lodging and per diem meals. Because it was so far away I actually had to spend the night up there and get a hotel room but now we will no longer need to do that.”

He noted Nevada Supreme Court Justice James W. Hardesty spoke with a number of different jurisdictions and county commissioners to gain a better understanding of how to reorganize the state’s judicial districts in an effort to balance out the caseloads.

As a result, Lane said he and Wanker will handle only the Tonopah and Goldfield courts when they travel up north, which doesn’t require overnight stays. He noted some of the benefits that will result from the change, as officials up north will be able to hold court more conveniently for the attorneys and clerks.

“I can leave in the morning and do Tonopah Court, then Goldfield and I can come home afterwards,” he said. “They took Hawthorne in Mineral County away from the Fifth Judicial District and Hawthorne was very excited about it because the new judge is just an hour or so away. Judge Wanker and I were four and a half hours away. There’s no more spending the night,” he said.

Lane said another benefit was a lighter caseload for the Fifth Judicial District.

In a press release, Chief Justice Hardesty noted additional benefits from the change.

“The creation of the Eleventh Judicial District provides the citizens of Nevada with improved access to justice, particularly those citizens in Pershing, Lander, Mineral, Humboldt, Nye and Esmeralda counties,” Hardesty said in a statement. “The change also reduces travel time for judges and enables the three judicial districts to become more efficient in managing caseload.”

Lane said, many of the cases in Hawthorne are quite similar to those he routinely presides over in Pahrump.

“I see many cases up in Mineral County where people are arrested for drugs while driving through the community,” he said. “We had a lot of cases of guys fighting with the cops when they get pulled over or busted. For every one of those we would have down here in Pahrump, there were 10 up there. I don’t know what that was all about.”