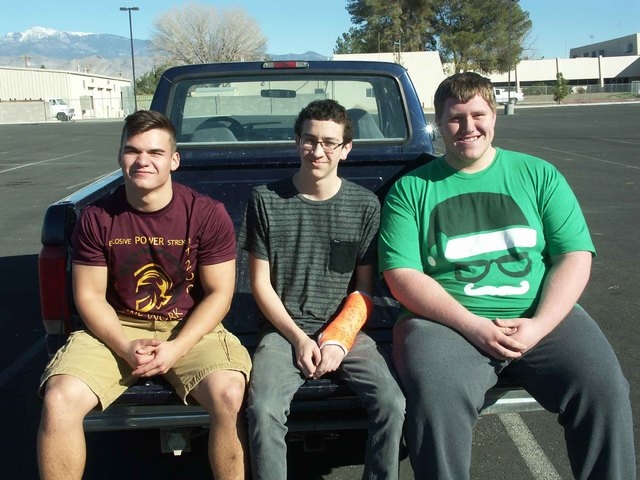 High school students in Nevada now have another reason to attend classes regularly.

Students possessing driver’s licenses face having their license suspended if they fall short of the 90 percent attendance requirement set by a new state law that became effective Jan. 1.

It requires the principal of a Nevada public school to provide students with a written statement verifying the student has complied with attendance and academic requirements. Additionally, the law authorizes a school police officer to impose administrative sanctions against a student who is deemed to have chronic truancies.

Pahrump Valley High Principal Chris Brockman said the district began implementing the law at the beginning of 2015. He noted that many students have since been inquiring about their respective attendance records.

“It’s now a law and since January, we have had this in place,” he said. “A lot of kids have come in to check their attendance, so the word is spreading pretty quickly.”

The principal also said the law gives the district an additional tool to try and keep kids in school, while demonstrating the consequences for their behavior. A district protocol was established many years ago to address truancy issues he noted.

“The issue will go before a truancy hearing and the district will be the ones to decide whether to remove the license,” Brockman said. “We would also have a school resource officer for them to surrender their license. They can’t really refuse if there’s a police officer there. The truancy hearings have been going on well before this law and it is something that the school district put into place to try to stem the amount of kids that are being turned over to the courts for truancy issues. I think it’s a great thing and part of it is, if they have truancy issues, then we have to follow the state law.”

At present, the attendance rate at the high school is upwards of 92 percent. Brockman said a truancy issue was recently handled by school officials under the new law.

“Students should understand that it doesn’t take too many truancies,” he said. “We refused a student here already.”

According to Nevada law, a truancy is defined as an absence which has not been approved and has been deemed an unapproved absence. A habitual truant is any student who has been declared truant three or more times within one school year.

In the event of an unapproved absence, the teacher, truancy officer or other school official will provide a written notice of truancy to the parent or legal guardian in charge of the student.

The principal is required by law to follow school district procedures in reporting any student who is a habitual truant.

He noted the law also applies to students who are looking to secure their driver’s license.

“That’s where it becomes the biggest issue for us here,” he said. “They have to come in and we have to sign off that they are in good standing. Without our signature, they can’t get their permits to drive or to take the test. They have to wait for us to clear them before they get the opportunity to take their driving test.”

Student Tommy Gascoigne said this week he’s not too worried about getting his driver’s license pulled.

Gascoigne, who maintains a 4.0 grade point average, has had his license for nearly a year.

“Personally I don’t really care because I’m a good student,” he said. “I show up at school and do my part. For other kids, that don’t really care about school, it’s good for them because it’s motivation for them to get up and go to school.”

Michael Rencher, also a 4.0 student, was equally supportive of the new law.

“I think it’s a pretty good idea because most people who have truancies seem to be a little less responsible,” he said. “If they’re not going to be responsible at school, they probably won’t responsible on the roadways.”

Student Scott Padgett-Ink is hoping to get his license later this year.

He said he learned long ago that driving is not an entitlement for anyone.

“I think it’s a good idea because kids that are not doing what they should be doing, don’t deserve the privileges that the other kids are getting,” he said. “Driving is a privilege.”

The new law also has serious implications for students in terms of the criminal justice system, where if a student gets caught driving on a suspended license, the student could face criminal charges.

In other words, a student with habitual truancies could face jail time as a result if they fail to show up in court for driving on a suspended license.

“In the state of Nevada, it’s illegal to be truant unless excused by a parent for sickness or illness before the age of 18,” he said. “You have to be in school because it’s the law. The state has developed a consequence for actions and it’s something we’ve been hoping for and parents now have one more tool.”

Driving on a suspended license in Nevada is a misdemeanor carrying a punishment of possible jail time and steep fines.