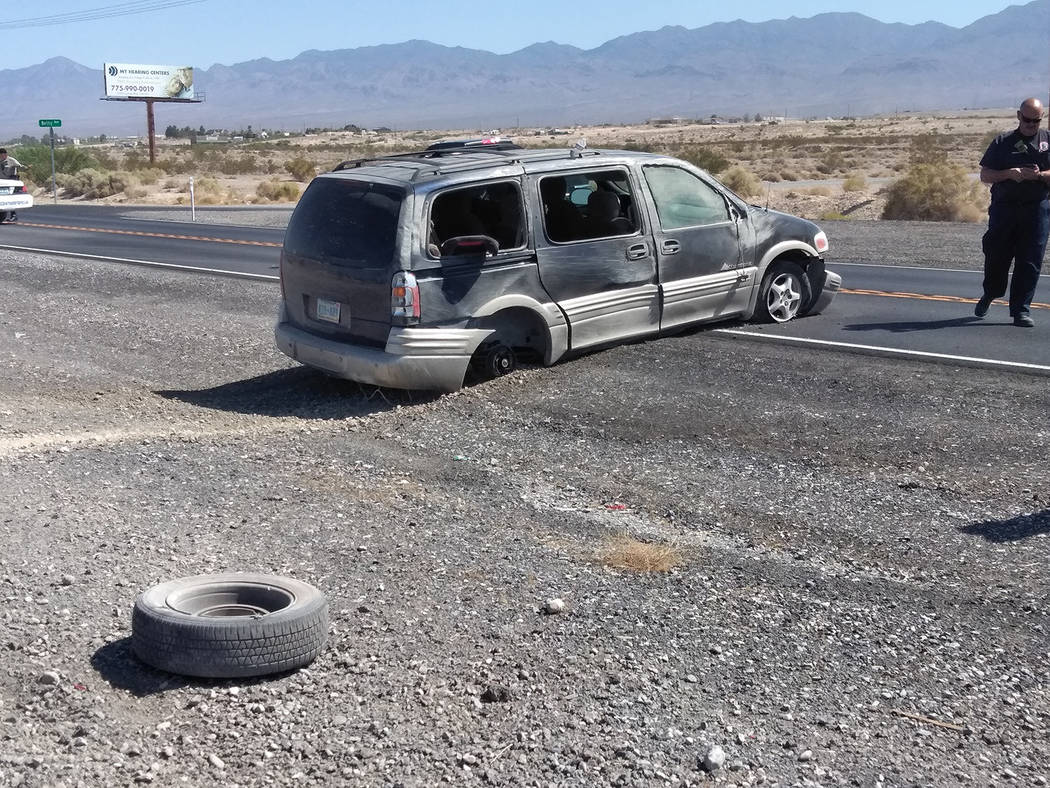 Selwyn Harris/Pahrump Valley Times Nevada Highway Patrol is investigating the cause of a single-vehicle rollover crash along northbound Highway 160 near Betty Avenue just before 10 a.m. Wednesday morning. No injuries were reported.

No injuries were reported following a single-vehicle rollover crash along northbound Highway 160 near Betty Avenue just before 10 a.m. Wednesday morning.

Initial reports indicate the driver of a black minivan traveling northbound on the highway crossed into the southbound lanes before losing control and eventually rolling the vehicle.

Nevada Highway Patrol is investigating the exact cause of the crash.