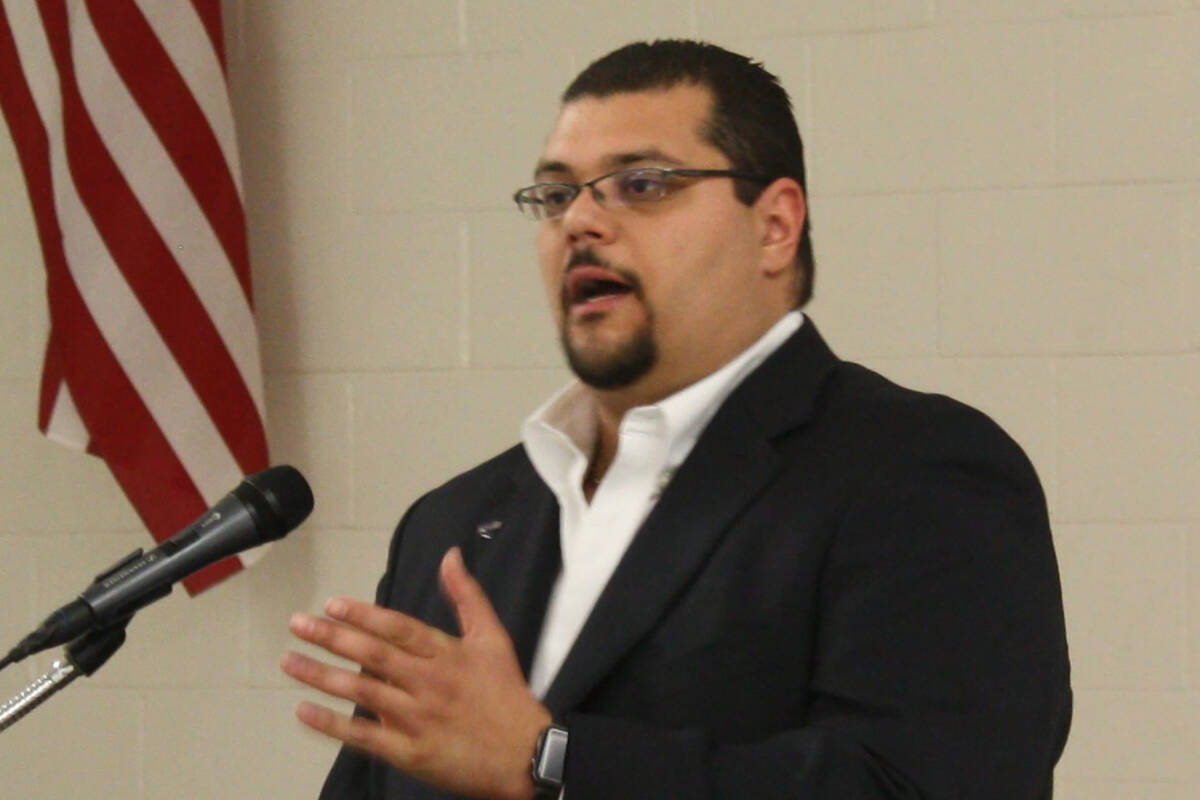 Outgoing Nye County Commissioner Leo Blundo says if he’s appointed to the vacant Pahrump justice of the peace seat, he’ll strive to be a fair and compassionate judge.

Although he lacks any direct law enforcement or judicial experience, Blundo is one of 15 candidates seeking the appointment, following the death of former Judge Kent Jasperson, who lost his battle with cancer in August of this year.

Blundo, who was defeated in his Republican primary earlier this year, spoke to the Pahrump Valley Times about why he wants to be Pahrump’s next justice of the peace.

Back in 2008, both Jasperson and Blundo were competing on the ballot for the justice of peace position.

“I frequently met with Judge Jasperson in the past, being one of the lone voices supporting the courts and doing the positive things that are needed on the justice court level,” Blundo said. “I spent a unique amount of time with former Judge Lisa Chamlee and the late Judge Jasperson and it gave me a unique perspective.”

Blundo said that he will model his leadership style to that of Rhode Island judge Frank Caprio.

“He’s a good man and he’s all about helping people,” Blundo said. “He’s about being fair, virtual and judicial but he also has a level of compassion. A lot of people going through court proceedings will get lambasted by the media, and press releases. I believe they deserve the same equal opportunity to be heard through Justice Court as anyone else and I believe I possess a unique skill set and those qualities and experiences to have that temperament to be fair, unbiased and just on the bench.”

Blundo acknowledged that he’s been on the other side of the bench over the years.

“I said it publicly that I’ve had many speeding tickets under the book, so I’ve been a defendant,” he said. “If you ask the general public, a lot of people have had those interactions — and that’s fine, because they are learning experiences. But when you go to court, what kind of experience do you have there?

“Are you ever actually heard by the judge, or is it just that I’m taking this deal and it’s case closed, and I don’t think that’s justice served, because you should be given an opportunity to listen to all sides,” he said. “Because you have one side, the other side and the truth.”

Fourteen others, including outgoing Nye County Sheriff Sharon Wehrly, have applied for the seat which is expected to be appointed by the Nye County Commission in the coming weeks.

While no law degree is required for the job, Blundo said each applicant has their own unique qualifications.

“I think that the beauty of the justice of the peace is that you don’t need to be an attorney,” he said. “I’m not saying that an accreditation cannot help because it can help, absolutely. But if you’re a former law enforcement officer, you’re dealing with probable cause and you’re dealing with saying somebody is guilty. Everybody’s guilty, right? So you’re dealing in that context. The attorneys say that the process is more important than somebody’s rights sometimes, and that’s not OK, either. I think that I have a good, well-rounded skill set because on the commission, we’ve written the laws, we’ve written our county codes, our town ordinances, and we do that in real time. There’s a way to challenge the laws.”

Commissioner Blundo said that he’s also reached out to other justices of the peace in Nevada to gauge their interest in helping to relieve backlogs within the Pahrump Justice Court system.

“The justice system is uniform across the state,” Blundo said. “I have relationships with justices of the peace in Las Vegas district court. Because of these relationships, I will ask them to come and help work our backlog, which will ultimately help the people here. What’s wrong with that? That’s a positive thing. When you look at the big picture, you can have somebody that’s an attorney, you can have somebody else who is the former sheriff, so you’re gonna have all these great qualifications, but who’s gonna get the job done? You can almost articulate that I personally have something to prove and I’m gonna come in and do the job because what I like to do is fix things. We’re gonna come in here and we’re gonna get caught up. Justice is going to be served.”

Blundo, who will vacate his commission seat at the end of the year, is facing a criminal proceeding after being charged earlier this year for domestic battery against his wife.

Last month Esmeralda County District Attorney Robert Glennen III, who is serving as a special prosecutor in Blundo’s case, said he plans to refile felony charges against the commissioner once he can secure more witnesses to testify.

The case began on March 28, when Nye County deputies answered Blundo’s call about the theft of $77,000 and his Glock handgun from his residence. According to an incident report from the sheriff’s office, Blundo’s wife claimed that he put his hands to her throat and held her on the ground because he was enraged about the missing money.