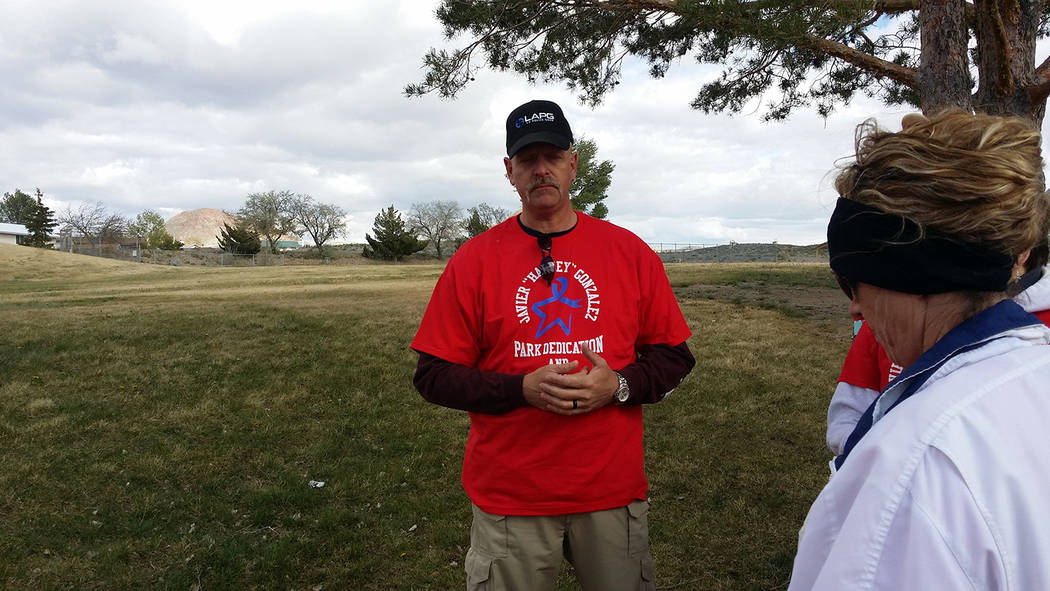 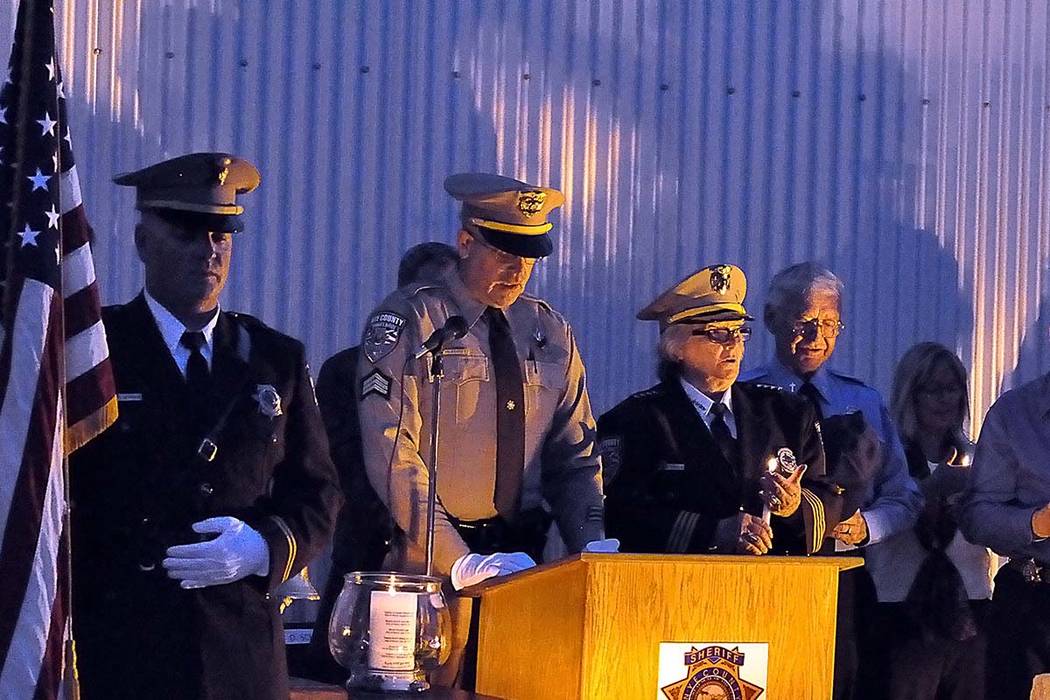 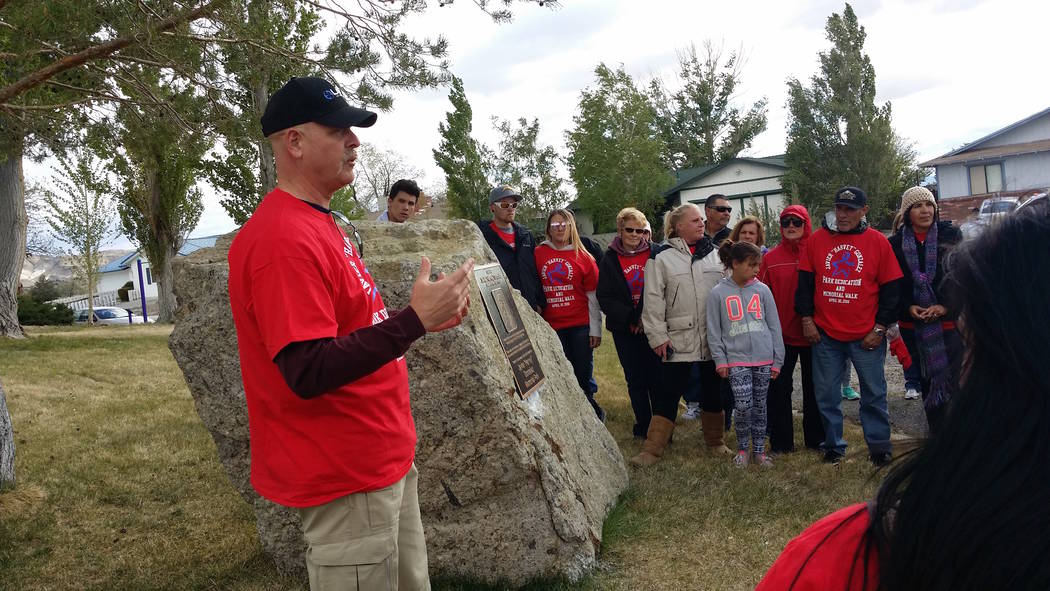 David Jacobs/Pahrump Valley Times Tonopah Town Board Chairman and Nye County Sheriff's Sgt. Duane Downing speaks to the crowd at the dedication of the Javier "Harvey" Gonzalez Park in 2016. The park was formerly known as Highland Park.

A Nye County sheriff deputy was hospitalized with serious injuries Monday night after being hit by a vehicle while responding to a car fire in downtown Tonopah.

The crash was reported by the Nye County Sheriff’s Office just before 9:55 p.m. Monday on U.S. Highway 95, where Sgt. Duane Downing was struck by the vehicle, rendering him unconscious, according to Lt. David Boruchowitz.

Downing was taken to University Medical Center in Las Vegas, where he remained in serious but stable condition as of early Tuesday, Boruchowitz said.

From Tonopah, Downing was transported via Mercy Air medical helicopter to UMC where Nye County sheriff’s staff were standing by to lend their support.

Downing also serves as the chairman of the Tonopah Town Board and is a prominent town resident and community leader.

Other circumstances involving the crash were not immediately available.

“The Nevada Highway Patrol’s Multi-disciplinary Investigation and Reconstruction Team (M.I.R.T.) is investigating the crash,” Trooper Matt McLaughlin of the NHP in Reno said via email Tuesday. “The driver of the vehicle that struck the Nye County sergeant is cooperating with the investigation.”

In May 2017 in Pahrump, Downing was also a speaker at a candlelight memorial ceremony in remembrance of the county’s law enforcement officers who lost their lives in the line of duty.

In 2016, Downing was a featured speaker at a Tonopah park dedication in memory of Javier “Harvey” Gonzalez.

Later that year, Downing paid tribute to departing Tonopah clerk Janet Hatch and Tonopah Town Board Vice Chairman Tom Seley as they prepared to leave the board.

“I just wanted the board to actually acknowledge and recognize the dedicated service that you’ve done for the town of Tonopah,” Downing said at the time.

“I think it’s absolutely fantastic,” Downing said. “People have no idea how much work goes into this. It’s all for free. This is not something that’s compensated. It’s something that you do because you want to help the town out.”

As town board chairman, Downing also displayed a calm presence during a contentious and massive annexation for Tonopah in 2016. He assured both town and rural residents that their concerns, rights and interests would be addressed, protected and respected.

Through the annexation, Tonopah grew from approximately 67 square miles to about 583 square miles, making it one of the largest communities in the continental USA in land size.