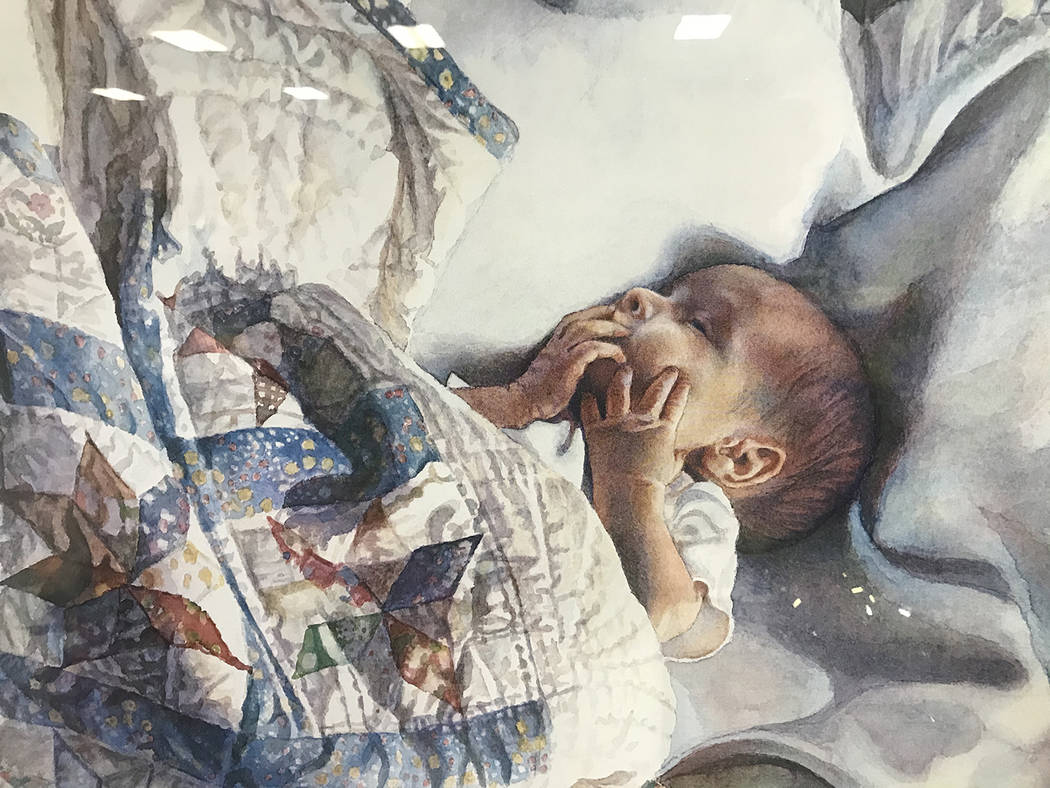 Robin Hebrock/Pahrump Valley Times One of the items displayed on the raffle basket table, this work of art drew a lot of attention during the Nye County Right to Life Spaghetti Dinner Fundraiser. 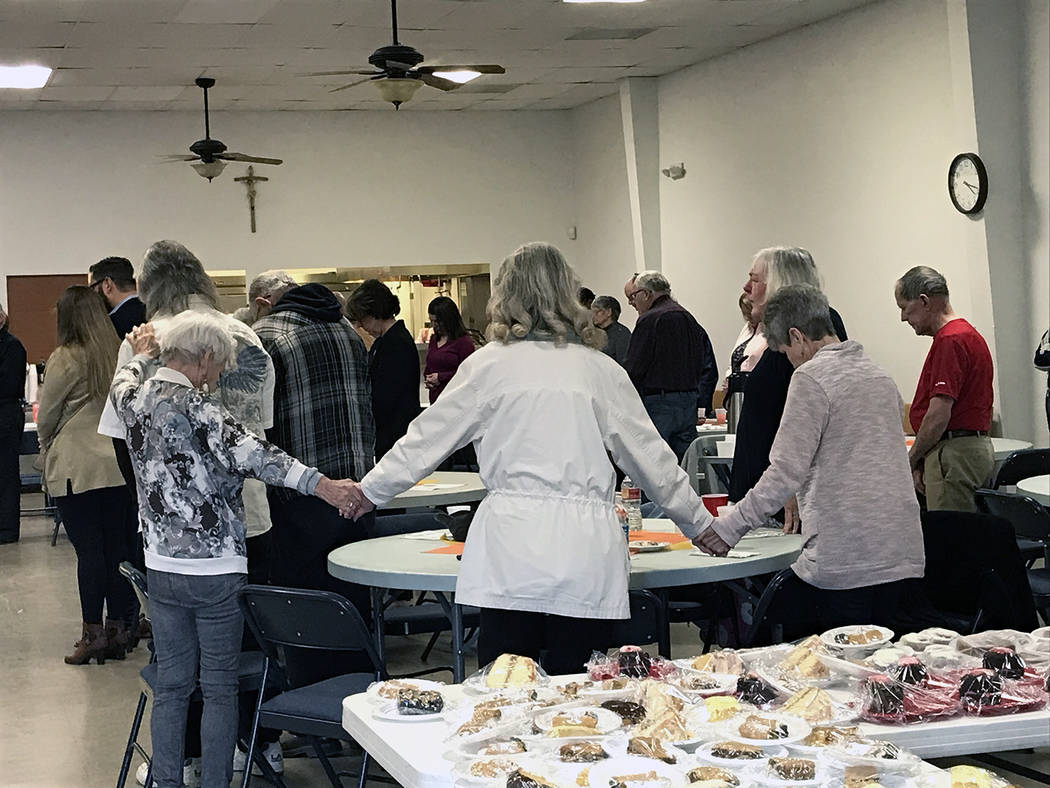 Robin Hebrock/Pahrump Valley Times Attendees of the Nye County Right to Life fundraiser held Feb. 29 are shown holding hands and bowing their heads during the invocation. 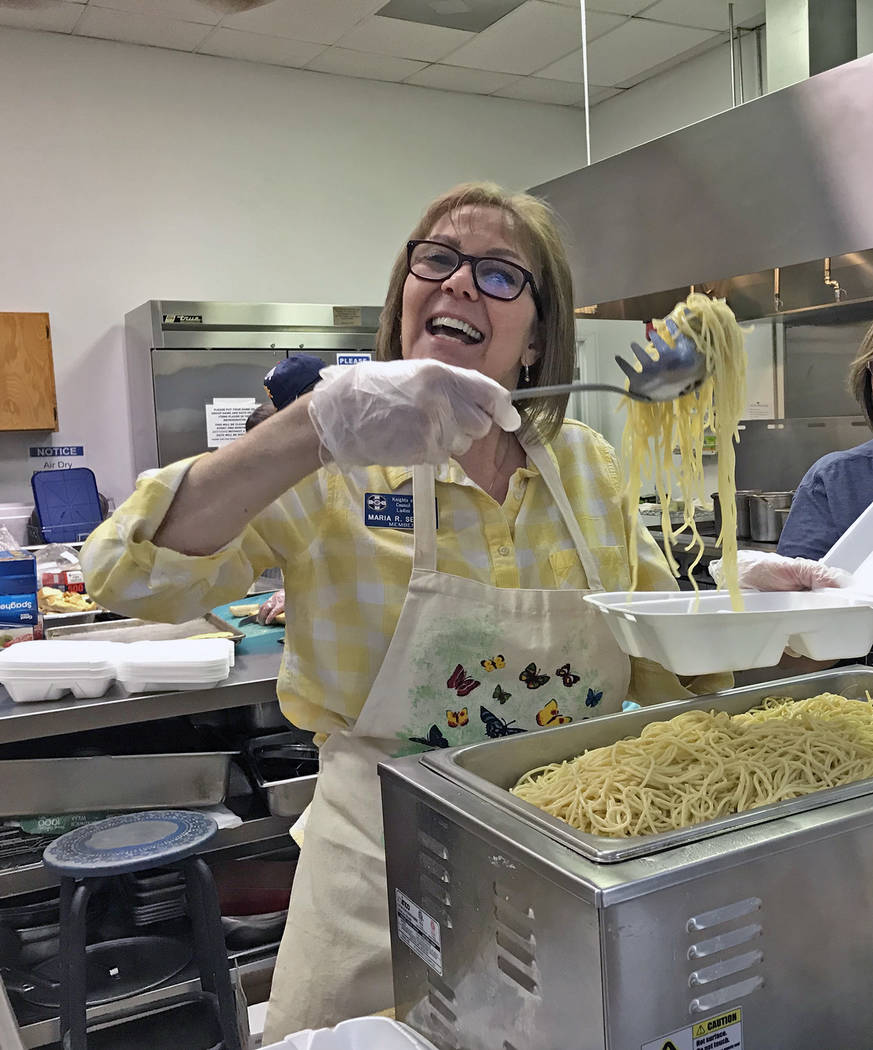 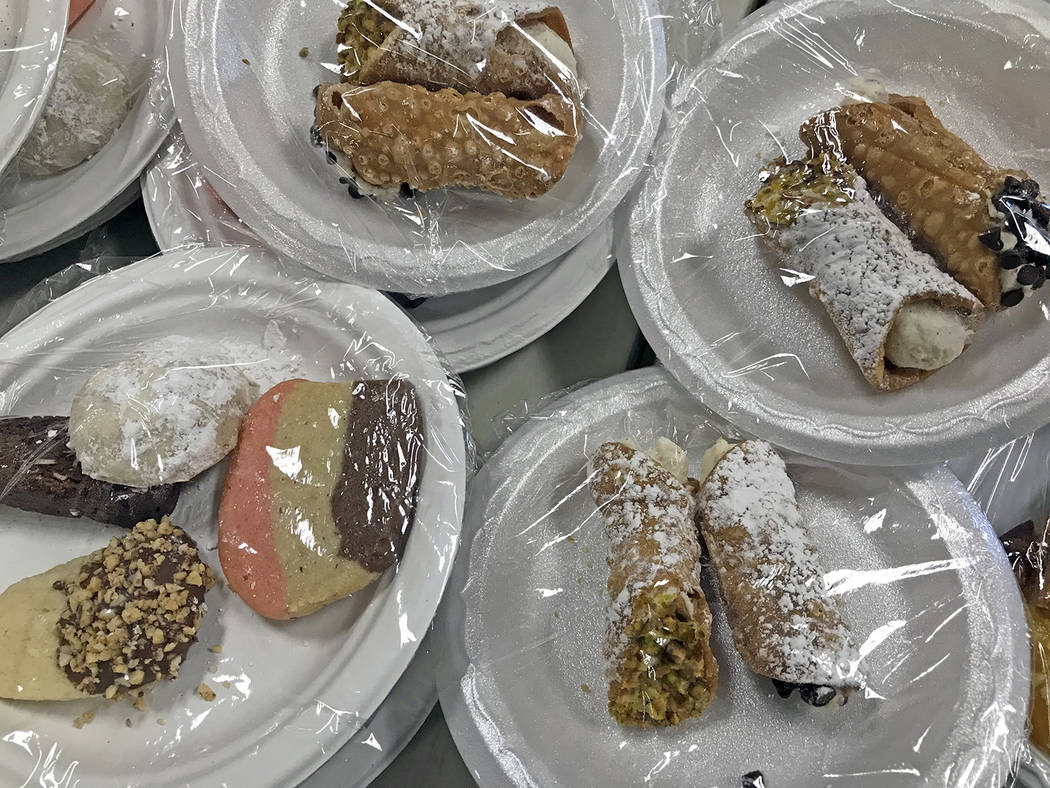 Robin Hebrock/Pahrump Valley Times Deborah Walsh contributed to the Nye County Right to Life fundraiser by creating these decadent cannoli and Italian cookies, which were for sale for just $1 per plate. 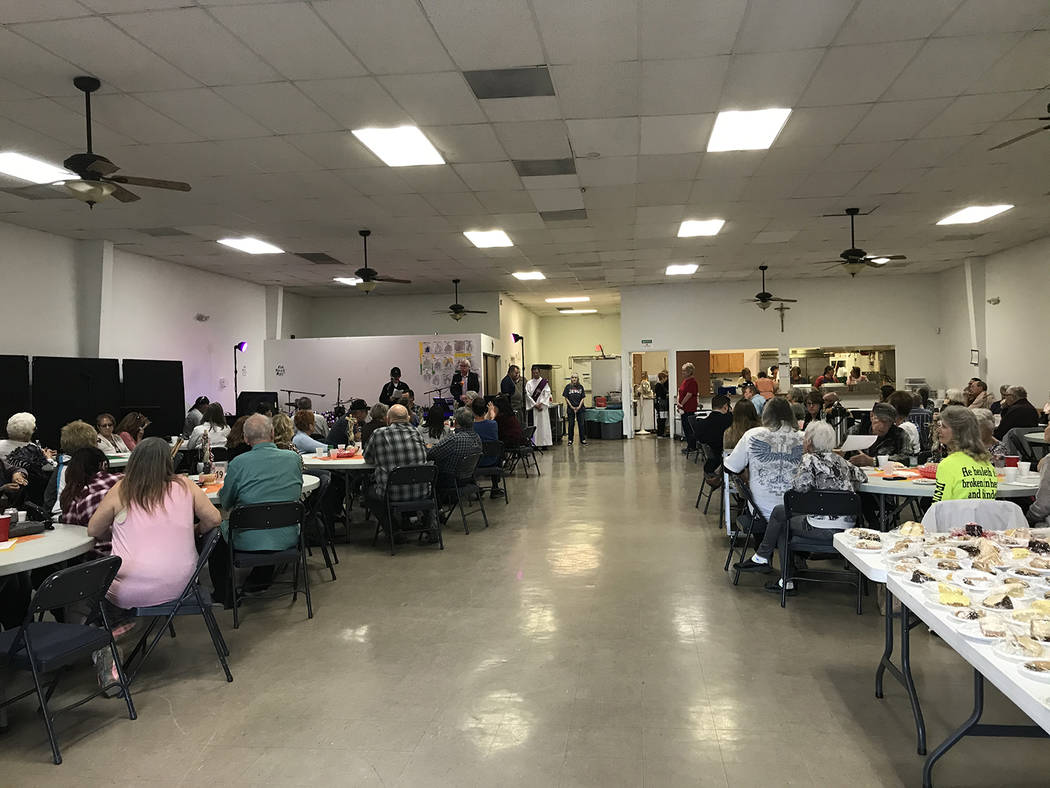 Robin Hebrock/Pahrump Valley Times The events room at Our Lady of the Valley Roman Catholic Church was filled with people on Feb. 29, all out to support a new nonprofit, Nye County Right to Life.

Nye County Right to Life is a brand new non-profit organization and its very first fundraiser is being hailed as an incredible success, drawing more than 300 people and raising a total of $4,200.

“Remember about a year ago, we had the Stand Up For Life event, and we got that statewide petition going? Well after that I talked to the president of Nevada Right to Life, Ms. Clement, who said we didn’t have a chapter in Nye County, so we started one,” Nye County Right to Life Vice Chair Joe Burdzinski told the Pahrump Valley Times as the event got started at Our Lady of the Valley Catholic Church around 4 p.m. on the balmy, beautiful evening of Saturday, Feb. 29.

Burdzinski explained that he and area pastor Neal Owen were the two who got the chapter started, establishing an elected board and completing the paperwork necessary to become an official nonprofit. The goal for the group is straightforward, to protect life from conception to natural death. One of the best methods for doing this, group members believe, is education.

“This is our very first fundraiser and then we’re going to use the money to put on a camp for kids to learn about safe sex and all those things,” Burdzinski stated of the purpose to which the cash generated will be put.

The event started off on a poignant note with an invocation delivered by Deacon Rick Minch, which was followed by the Pledge of Allegiance, led by Nevada Assemblyman Greg Hafen II. Speakers for the evening included Nevada Right to Life President Melissa Clement herself, along with State Senator Ira Hansen and Assemblywoman Alexis Hansen. Burdzinski, who took the role of master of ceremonies, and Right to Life Chairman Chaplain Drake Austin also both spoke about the goals of the newly formed organization.

“This was a very successful event,” Burdzinski detailed following the dinner. “We had a coalition of churches from Pahrump, including Central Valley Baptist Church, Faith Fellowship, Heritage Bible Church, New Hope Fellowship, Our Lady of the Valley Roman Catholic Church, River of Life Fellowship and Saved by Grace Lutheran Church.”

First Choice Pregnancy Center and the Knights of Columbus also participated and Burdzinski said the entire group worked as a flawless team to put together this first-ever event.

“The Nye County and Pahrump community working together with a common goal to save the unborn,” Burdzinski summarized. “It was a friendly and fun event for all who volunteered to cook the spaghetti, make the desserts and clean tables. We had a wonderful musical band as well, ‘Saved by Grace’, who played music during the dinner.”

As for when residents can expect the first Right to Life educational camp to be held, Burdzinski said the nonprofit’s members are hard at work planning and nailing down details, which will be released once everything has been determined.