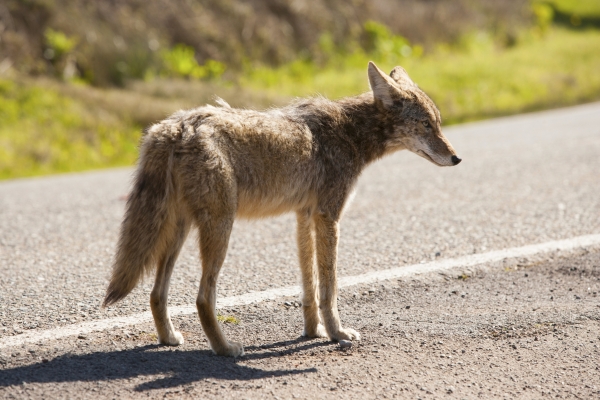 They are one of the natural symbols of the American Southwest and according to local officials, they are also creating a nuisance within the community.

Canis latrans, or more commonly, the coyote, has been menacing local residents in all areas of town as of late.

This week, a man was threatened by several of the animals scavenging in a neighborhood off of Country Place Road on the far north end of town.

“It was three coyotes that began attacking a man who was walking his dog in that area,” he said. “We’ve had numerous reports of coyote-related issues in the valley and we’ve also had several recent reports of dog packs.”

This week, Lewis said he actually experienced an encounter with a pack of dogs on his property.

“Quite frankly, one occurred at my house on Tuesday that killed several of my daughter’s pets in the backyard,” he said. “Animal control is working diligently and have been extremely cooperative and helpful in their pursuit to take care of these issues.”

Director Vance Payne concurred this week on how troubling the situation is throughout the valley.

He noted one important factor that may be the cause of increased human/coyote encounters.

“We’re getting calls where people believe they are 99 percent sure their neighbors up the road are feeding the coyotes,” he said. “One of the most important things that I can offer to everybody is coyotes are going to be just fine on their own so please don’t feed them. I’m begging people not to feed them because they lose their fear of human beings and that’s what’s contributing to these incidents.”

Payne also said some human/coyote encounters do not always represent a threat.

“If you walk by somebody’s house and they come out and give you a hamburger and soda, where are you going to go when you get hungry again,” he said. “You’re going to go right back to that house. Are you being aggressive? Or are you getting used to something? That’s what I mean about perception.”

Like Lewis, Payne said he also had regular close encounters with packs of coyotes last year.

“Last winter I had five that came around my house every single evening,” he said. “I would open the door, because my dogs would let me know they were there and half the time they would just stand there and look at me, but as soon as I started moving toward them, they dispersed.”

As sightings and encounters increase in the valley, Payne provided advice on what to do when one encounters one or more of the animals.

“If you’re out walking in the desert getting some exercise and you encounter coyotes, the best thing to do is calmly walk away,” he cautioned. “If they follow, I would be looking for rocks or a big stick because at that point you want to look as big as you possibly can with your arms waving in the air, taking a broad stance and making noise.”

Humans aside, Payne noted coyotes can pose a bigger threat to family pets.

“They don’t see your pet as your companion, they see it as a potential meal,” he said. “You should be aware of your surroundings and be aware of your animals and if you see something, report it, especially if it’s happening on a regular basis. The difference between feeding a stray cat in the neighborhood is that these coyotes aren’t stray cats and they are big enough to do something.”

For additional information or to report a coyote sighting, call Nye County Animal Control at 751-7020.