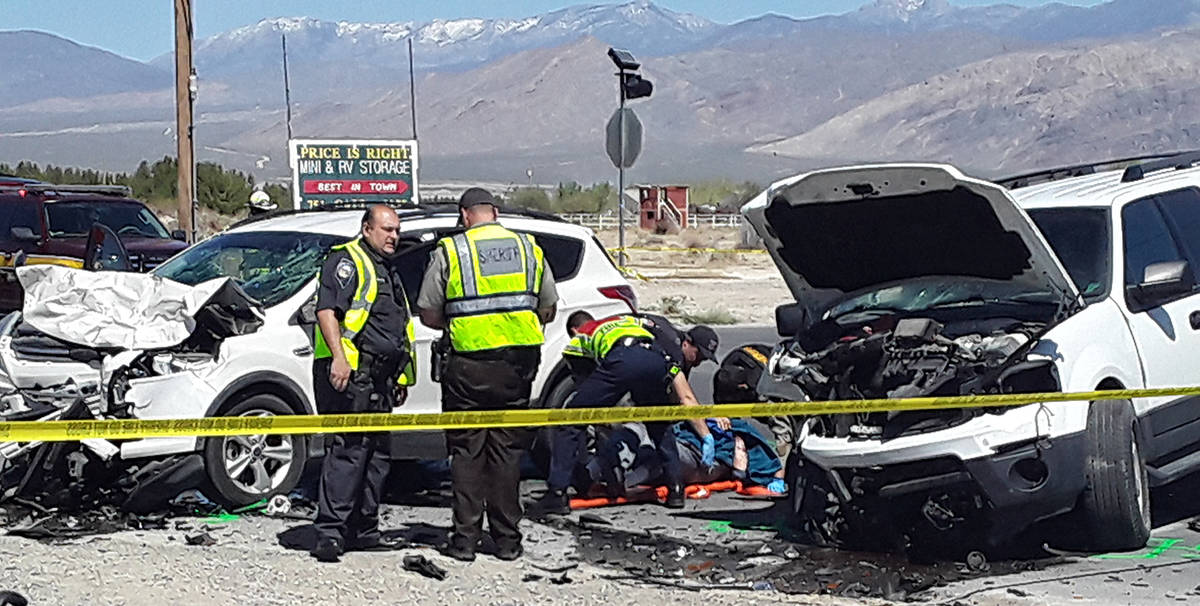 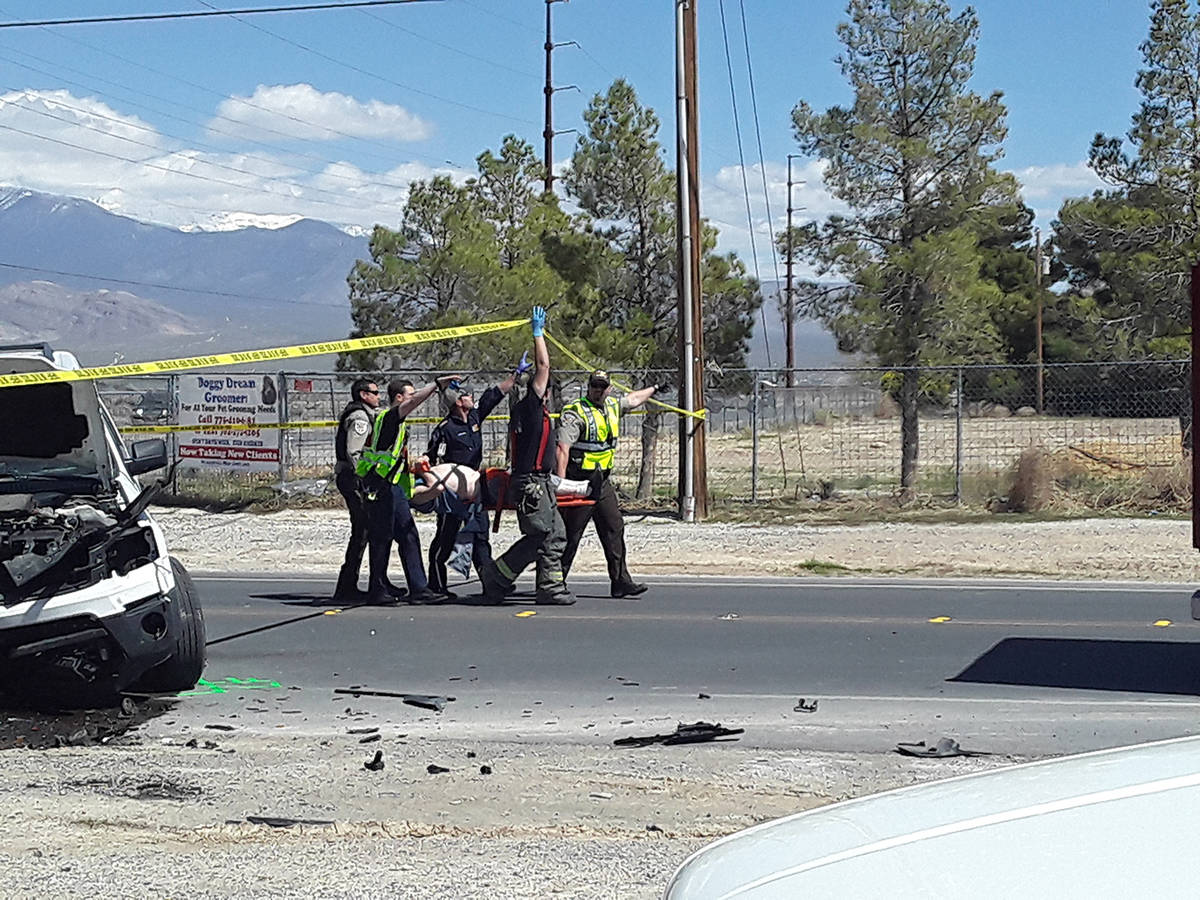 Selwyn Harris/Pahrump Valley Times Mercy Air crew paramedics carry a patient for transport to UMC Trauma in Las Vegas. Two of the airships provided a landing zone along Homestead Road, where traffic was shut down for several hours.

“As we were responding, we were notified that there was possibly a vehicle on fire,” Lewis said. “There were further reports that there may have been an entrapment. We got the sense that there was a more urgent need than what was originally relayed. We arrived on location and found the two-vehicle accident as reported.”

Lewis also noted that the scene assessment revealed a head-on collision at the intersection, with no additional scene hazards.

“With the extreme damage, and the nature of the initial preliminary survey of the patients, we added two Mercy Airships, where a landing zone was established and managed by Engine One crews,” he said. “Both patients were flown to UMC Trauma in critical condition. We transported one patient, Level 1 to Desert View Hospital. One patient passed away, and it is my understanding that the pronouncement occurred at Desert View Hospital.”

One eyewitness, who preferred to remain unnamed, said he rendered aid to the driver of one of the vehicles.

“I was driving northbound on Homestead and the people were headed the same direction in front of me,” he said. “The vehicle that was headed southbound was making a left on Thousandaire and they failed to yield and they got hit. It was a big impact. I stopped and got out to see if everyone was okay. The guy was smacking on his door trying to get out. I just ran over and opened it for him just to make sure he was safe. His wife was also laying there. It was just crazy.”