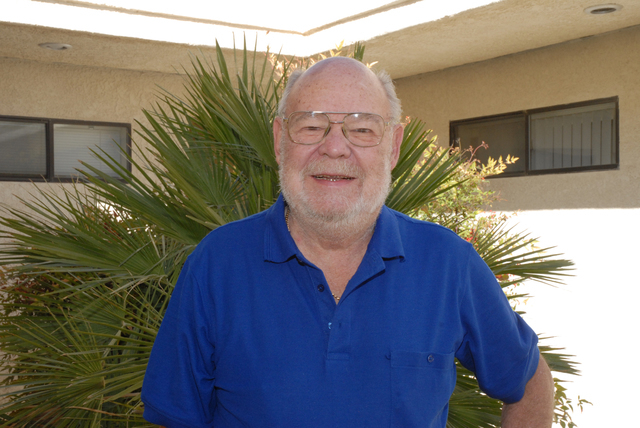 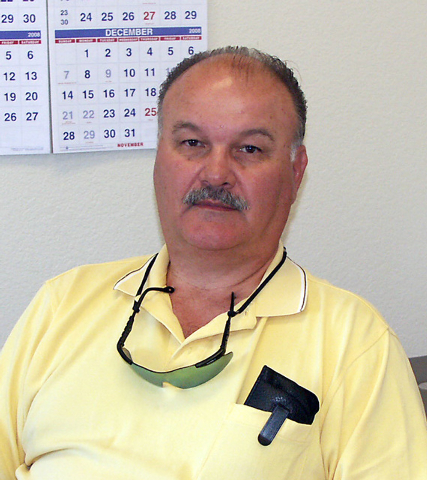 Former Nye County Manager Rick Osborne and Bob Howard, a retiree who successfully pushed through a couple of major initiatives, filed to run for District 5 commissioner, making it a six-way race.

Osborne worked his way up in the ranks at Tallmadge, Ohio, a city of 17,500 people, starting off as a police patrol officer in 1971 to sergeant, lieutenant, then city treasurer in 1996 and director of administration in 2000. He was hired as Nye County manager after being among four finalists interviewed in a field of 28 candidates in July 2008 to replace Ron Williams.

Osborne turned in his resignation in January 2012. He said Commissioner Lorinda Wichman told him in the presence of the district attorney three commissioners no longer supported him. But Osborne, who had a one-year severance package, was given his full pay for 18 months until the official end of his contract Aug. 11, 2013.

“They sent Brian Kunzi to tell me that I was going to be dismissed basically,” he said. “There were no acts against me that indicated that I had poor job performance evaluations, not one.”

Osborne said when he interviewed for the job he pledged to serve as Nye County manager for six to 10 years.

“My plan was all along when I’m done as county manager to run as commissioner. So that’s what I’m doing,” he said.

Osborne said his 25 years in law enforcement, four years as a city treasurer and seven years as a chief administrator prove he’s clearly the best candidate for the job. “I’ve spent my entire career working in local government. I’ve got 40 years experience. Point to any other candidate who even comes close,” he said.

Osborne listed his accomplishments as manager, making Nye County more business friendly and overseeing the county building program. He restructured the animal control and animal shelter operations, as well as set up an ombudsman to handle planning issues. He set up an economic development committee that included the town of Pahrump and the former EDEN Inc., establishing a liaison with Nevada economic development authorities.

Osborne is running as an Independent American Party candidate. Falkon Finlinson won election as an IAP candidate for public administrator in 2010. Osborne thinks it will be an advantage not being a Democrat or Republican.

Howard, a retiree, pushed through several measures with the county commission. He persuaded county commissioners to reinstate the 50,000-foot, 9.5-mile buffer between correctional institutions and residences, after Corrections Corporation of America built the federal detention center.

“I don’t think they got any business being in town. I just don’t think this is the place for it. Take it out there where it’s out of sight, out of mind,” he said.

Howard took credit for convincing commissioners to put the half-cent sales tax increase on the ballot in 2006.

Howard tried to set up a park-and-ride just across the Clark County line at Trout Canyon Road and Highway 160. The proposal is still part of the Pahrump master plan.

Howard unsuccessfully pushed for drainage improvements above the Winery subdivision, where he first bought his home 25 years ago. He complained county commissioners posed for photos at Wheeler Wash and spent $386,000 on a master drainage study that was never implemented.

After being an occasional advocate from the audience, he decided to seek a seat. “I’m just not happy with the way things are going,” he said.

Howard said Nye County doesn’t have income to pay off the jail bonds. A volunteer for the committee that drafted the Nye County sign ordinance, he said there are still signs up that should be taken down. He said the county has lost too many businesses, like a proposed shrimp farm that went to North Las Vegas.

Howard is running as a Democrat. But he added, “You’re voting for that person. It doesn’t really matter whether he’s registered Democrat or Republican.”

Howard began work as an apprentice tool maker with the federal government in 1952, then became a journeyman tool maker and machinist. He worked at the Naval Ordnance Station in Louisville, Ky., and later moved into data processing with the advent of computers in 1965. He retired in 1987. Howard served three years in the U.S. Army from 1946-1949.

“The public doesn’t ever get to discuss things with the board. They got this three-minute thing and in three minutes you’re supposed to come up with all this great grandeur of things you want,” Howard said.