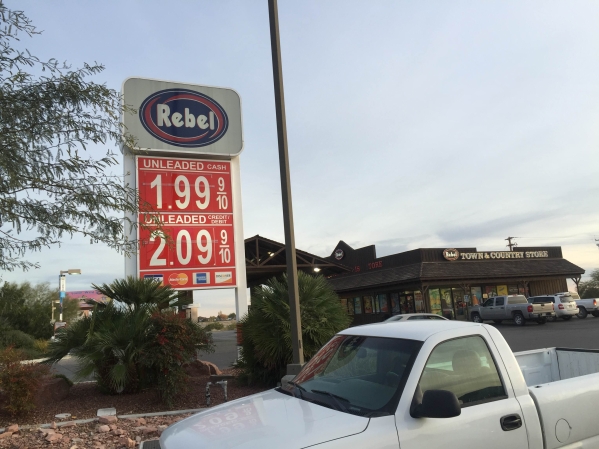 Nevadans are gearing up to drive more and pay less for gasoline this holiday season, with significant savings as prices continue to fall, according to the latest AAA Fuel Gauge Report.

Pump prices are down 19 cents across the Silver State with the average price of unleaded regular at $2.51 per gallon, the group said Tuesday in a statement.

In all Nevada metro areas tracked by AAA, Reno is registering the state’s highest pump price, with drivers paying an average price of $2.56 per gallon for unleaded regular gas. Carson City is registering Nevada’s lowest price, at $2.22 a gallon.

“During the winter, demand for gasoline typically declines, and pump prices tend to move lower as a result,” Cynthia Harris, AAA Nevada spokesperson, said in the statement. “This, combined with ample crude oil production and increasing gasoline inventories are likely to keep gasoline prices relatively low. Barring any unforeseen shifts in the oil market, prices are likely to continue to decline leading into 2016.”

The national average price is $2.03 and is predicted to soon fall below the $2 per gallon mark before the end of the year for the first time since 2009. Pump prices have fallen for 29 of the past 31 days.

The Organization of the Petroleum Exporting Countries (OPEC) decision at its meeting last week to sustain its current production levels sent ripples through the global oil market and has contributed to lower oil prices. The cartel is not scheduled to reconvene until June 2016, and in the interim the imbalance between supply and demand will likely persist. Market watchers will remain focused on the Federal Reserve, which is expected to raise interest rates on the heels of a strong U.S. jobs report. A higher interest rate typically leads to a stronger U.S. dollar, which makes oil relatively more expensive for those holding foreign currencies. The combination of these factors has the ability to further test the global oil market’s state of oversupply and keep downward pressure on prices.

The domestic oil market is also reflecting signs of oversupply, AAA said. Both crude oil and gasoline inventories are approaching record levels even as lower prices impact exploration and production.