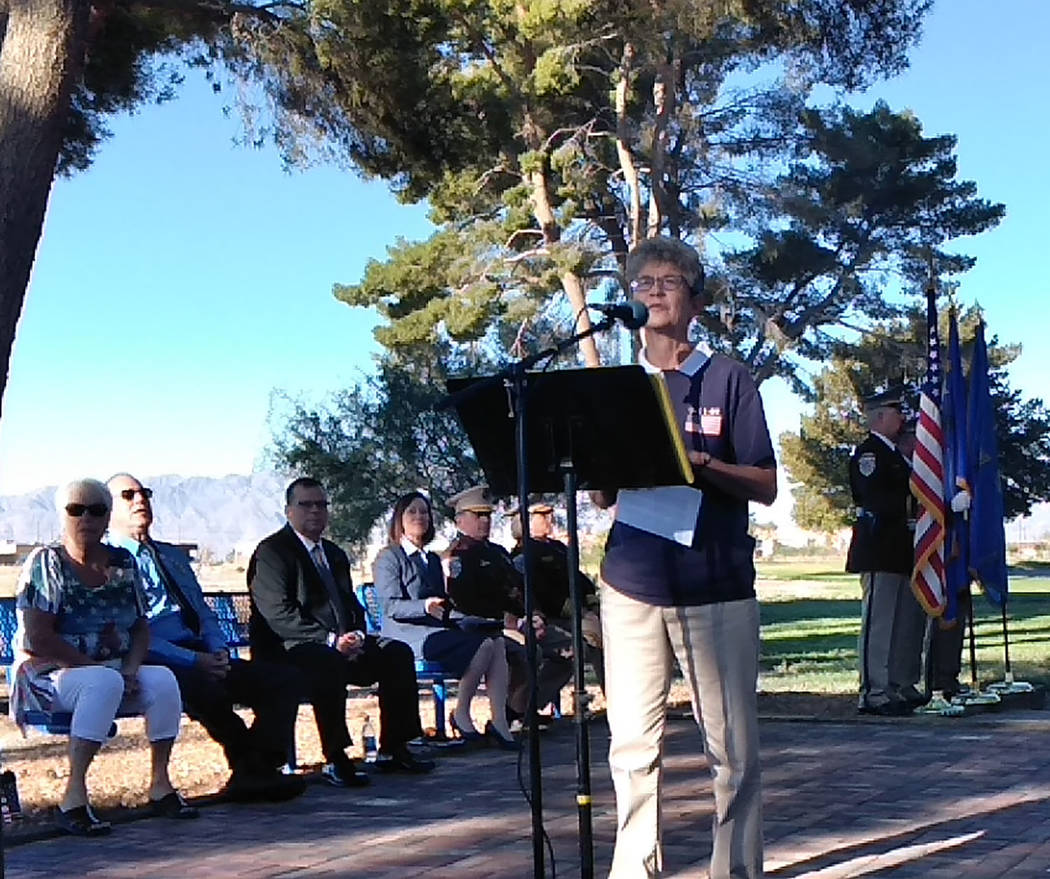 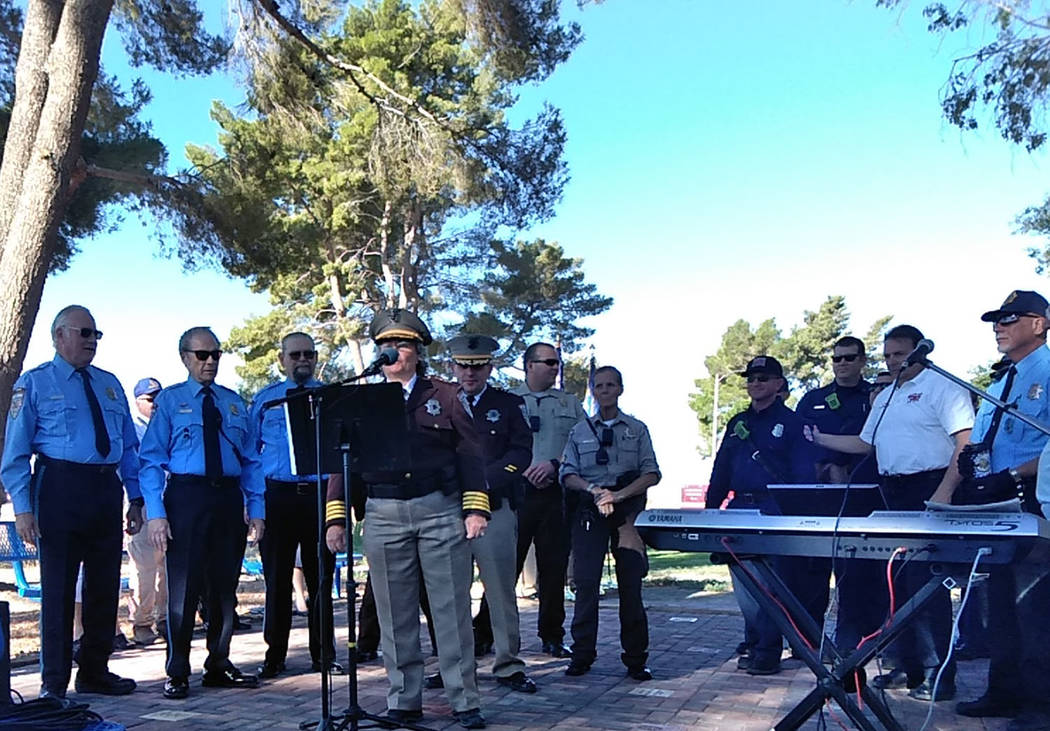 Selwyn Harris/Pahrump Valley Times Nye County Sheriff Sharon Wehrly speaks about her recollections of the 9/11 terrorist attack 17 years ago. As a public official, Wehrly was joined by members of the sheriff's office color guard, members of the sheriff's office auxiliary and first responders from Pahrump Valley Fire and Rescue Services at the 9/11 Reflection Area in the Calvada Eye.

There has been much time for reflection and contemplation since the worst terrorist attack on American soil in this nation’s history.

Tuesday’s 9/11 observance at the Calvada Eye in Pahrump was once again the venue for local residents and officials to remember the event 17 years ago.

One such official was Nye County Fifth Judicial District Court Judge Kim Wanker, who provided her thoughts during the hour-plus event organized by officials from the Pahrump Rotary Club.

“This is a day when all Americans, from every walk of life, unite in our resolve for justice and peace,” Wanker said. “America has stood down enemies before, and we will do so this time. None of us will ever forget this day, yet we go forward to defend freedom and all that is good and just in our world.”

The attacks killed 2,996 people, injured over 6,000 others, and caused at least $10 billion in infrastructure and property damage after four passenger airliners were hijacked by 19 al-Qaida terrorists.

Two of the airliners were intentionally flown into the north and south towers, respectively, of the World Trade Center complex in New York City.

A third plane was flown into the Pentagon in Arlington, Virginia, while a fourth plane was initially flown toward Washington, D.C., but crashed into a field near Shanksville, Pennsylvania after its passengers fought back against the hijackers.

For full coverage of the 9/11 ceremony check Friday’s edition of the Pahrump Valley Times.