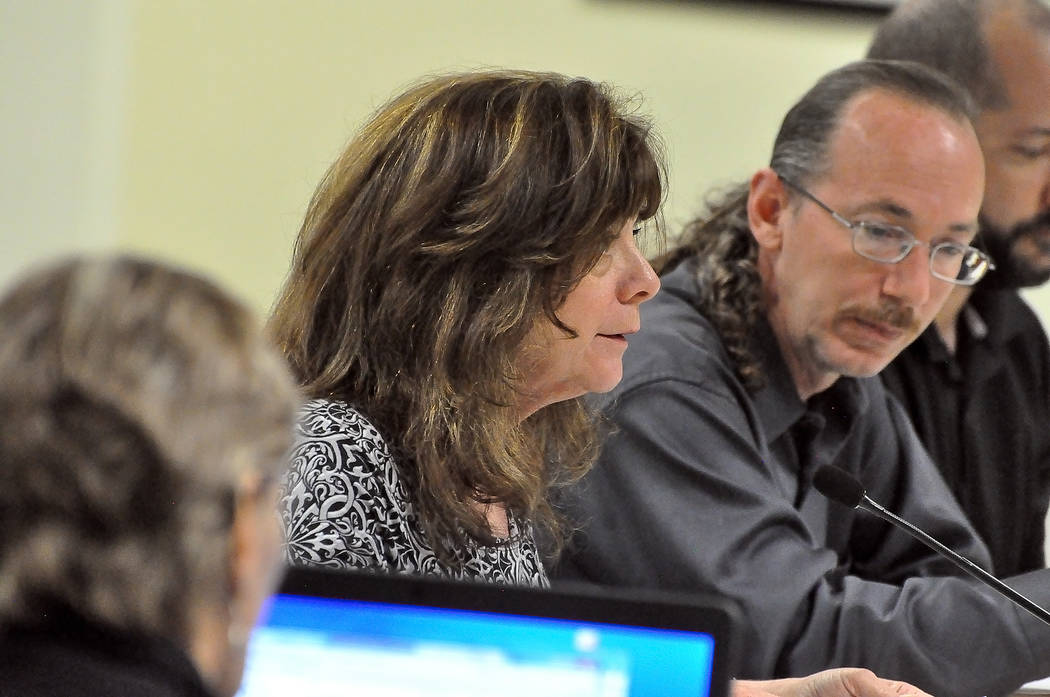 Horace Langford Jr./Pahrump Valley Times Arlette Ledbetter (center), director of tourism for the town of Pahrump, said the town has experienced growth in area tourism. A set of new reports shows growth in travelers, occupancy rates at local hotels, motels and RV parks, along with an increase in room taxes. 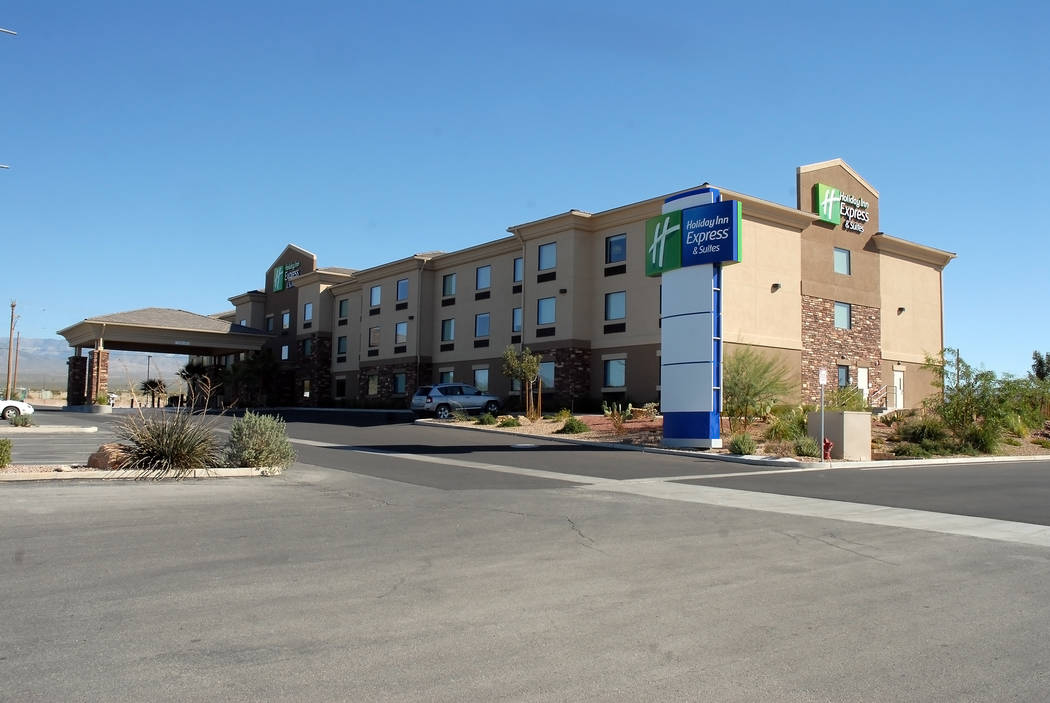 Horace Langford Jr. / Pahrump Valley Times The Pahrump area's hotels and motels experienced an increase in occupancy, according to a mid-year report from the town of Pahrump's tourism division. The report, which tracked data from July 2017 through the end of December 2017, showed a 2.49 percent increase over the same period a year earlier. 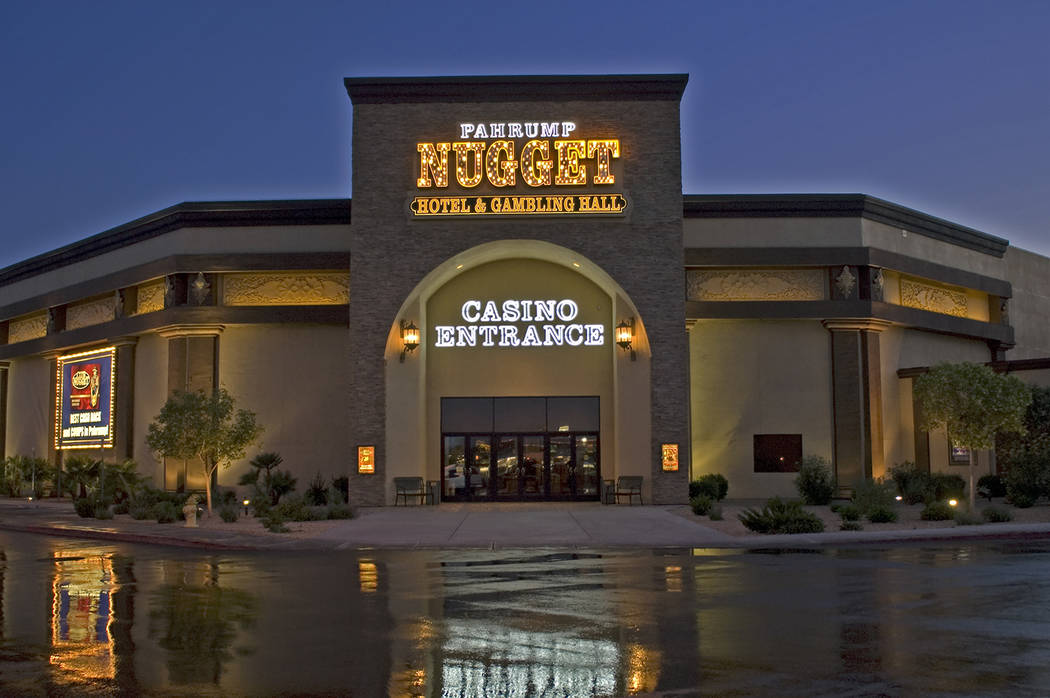 Special to the Pahrump Valley Times Casino operators in Nye County have experienced 10 consecutive months of increases in gaming win through the end of April 2018, according to the Nevada Gaming Control Board. At the same time, Pahrump also saw an increase in hotel and motel occupancy rates and the number of tourists, according to a report from the town of Pahrump's tourism division.

Pahrump tourism is increasing as officials seek avenues to push the needle further.

Multiple reports from the town of Pahrump’s tourism division shows an increase in room tax collections, along with an increase in the number of visitors to the Pahrump area, occupancy levels at local hotels, motels and RV parks and other related items.

Tourism in the Pahrump area is steadily growing, and room tax collections are up by double-digit percentage points on a year-over-year basis through April 2018, according to Ledbetter.

Data from Pahrump’s tourism division shows the strength of the growth.

A mid-year fiscal 2018 report, which ran from July 2017 through December 2017, from Pahrump’s tourism division, stated an occupancy rate of more than 70 percent for the Pahrump area.

That is a gain over the mid-year report in fiscal year 2017 (July 2016 through December 2016) when the occupancy rate in Pahrump was 67.90 percent. The variance in the gain was a positive increase of 2.49 percent, according to the report.

Nye County’s gaming win has also been on the rise over the past several months.

Gaming operators in Nye County have experienced 10 consecutive months of increased gaming revenue through April, according to data from the Nevada Gaming Control Board.

The most recent increase in revenue in April was 14.72 percent higher than gaming win in April 2017, according to the gaming control board. Gaming revenue collected by gaming operators in Nye County equated to more than $4.6 million in April 2018 over April 2017’s more than $4 million.

The Pahrump area welcomed over 15,000 additional tourists from July 2017 through December 2017, when compared to the same period in 2016, according to data from the town’s tourism division.

The total number of tourists that landed in the Pahrump area in the second half of 2017 equated to 243,560, with 228,310 coming to town during the last six months of 2016, according to the Pahrump tourism division’s report.

Leadership at Pahrump’s tourism division is looking to kick tourism up a notch by implementing a visitor’s profile study, which is pegged to get underway by the fall of 2018.

“That data will tell us so much about our people and what they do while they’re here and why they’re here,” Ledbetter said.

The town’s tourism division is planning an exit survey to be completed by people at lodging establishments and local attractions. The survey is roughly 15 minutes long, she said.

The sampling size is going to be 100 surveys a month for 12 months, with the survey being conducted in the second or third week of each month. Those who take the survey will receive a premium gift such as a selfie stick or wine tool kit.

Ledbetter said the survey will contain some questions related to economic development, such as asking tourists if there were any products that were desired, but not available here in Pahrump when they visited.

This could help identify opportunities for a business, according to Ledbetter.

“What we’re really after is are we marketing in the right places to the right people and who are we missing that we could be marketing to,” Ledbetter said.

The town of Pahrump is working with GLS Research, the same company that prepares a visitor’s profile report for the Las Vegas Convention Center and Visitors Authority, to prepare a similar study in the Pahrump area.

The study is funded through a room tax fund, which has increased due to additional visitors and increased lengths of stay, Ledbetter said.

Data from the Nye County Treasurer’s Office shows an over 12 percent increase in room tax collections when comparing year-to-date data from fiscal year 2018 over fiscal year 2017.

That number increased from the same period a year earlier in fiscal year 2017 when over $827,000 was collected in room tax from July 1, 2016 to the end of April 2017, according to the county treasurer’s report.

The room tax rate in Nye County is 9 percent, if including a 1 percent state tax, which the town of Pahrump receives a portion of. The remaining 8 percent of the room tax is divided into several categories economic development, parks, the fairgrounds and arena, along with other things such as tourism and an airport, which is now defunct.