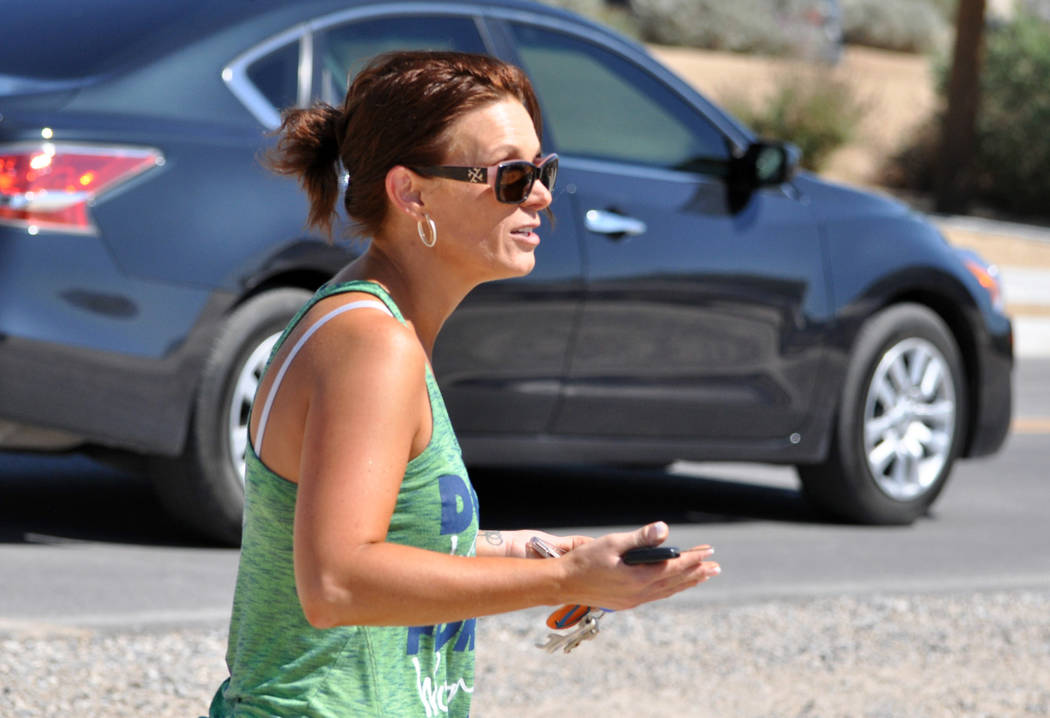 Horace Langford Jr./Pahrump Valley Times - Manse Elementary School parent,Tricia Mcguire, said she had no problem with the field being next to the school. “I honestly didn’t know about it because I just moved into this neighborhood,” she said. “It is legal and as long as you teach your kids. Look we live in a county that has legalized prostitution." 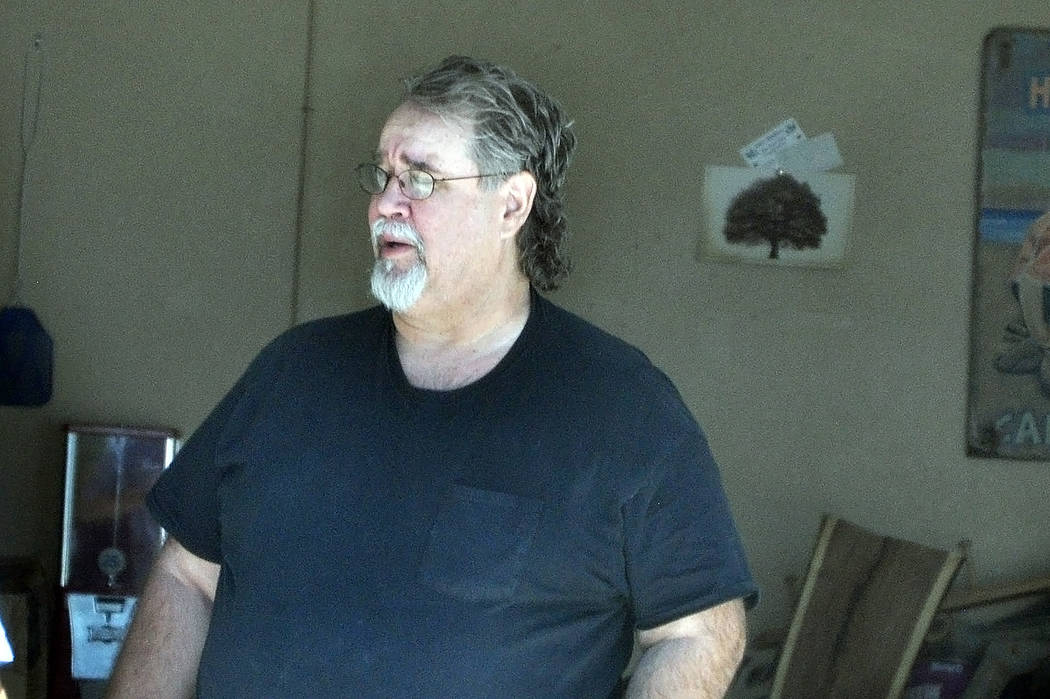 Horace Langford Jr./Pahrump Valley Times - Tom Zachary didn't like the hemp field being so close to the school. “I don’t like to see it. Maybe if they had it somewhere else where people don’t see it as much," he said. 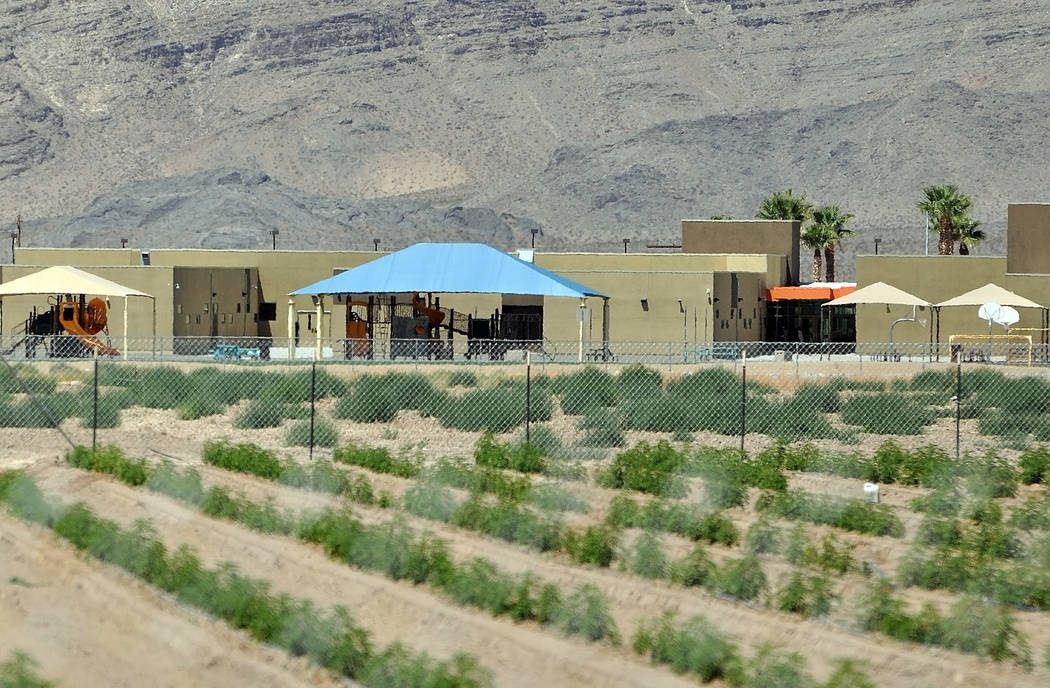 Horace Langford Jr./Pahrump Valley Times - Hemp farm owned by Dan Harris is right next to Manse Elementary School, which can be seen in the background and is perfectly legal.

Hemp has come to Pahrump. Dan Harris, a local farmer, is growing a small 10-acre hemp field in Pahrump, which according to the state is perfectly legal.

What is unusual about the field is its location, which is between two public schools, Rosemary Clarke Middle School and Manse Elementary school, but this is all legal too because hemp, unlike its cousin marijuana, can’t get you high.

Perfectly legal near a school

Since the plant can’t get a person high, there are no restrictions on where it can be grown. This means growing it near a school is perfectly legal.

In addition to being able to grow hemp legally, there aren’t any restrictions or special security requirements for growers according to Russell Wilhelm, industrial hemp program manager for the Nevada Department of Agriculture.

“It’s all up to the producer to maintain their own security source,” Wilhelm said. “There are also no regulations dictating where industrial hemp may be grown, as long as the producer owns the land. All approved hemp producers in Nevada are reporting to the NDA on the status of their hemp research and development projects.”

In a story published in the Pahrump Valley Times on Aug. 11, Harris didn’t see any danger in leaving the crop unsecured, though he put fencing up to keep animals out.

“There’s no reason for anyone to be out here,” Harris said. “There’s no value to the crop for anything other than what we’re going to use it for.”

Hemp, although similar, does not have the characteristics of marijuana, being able to get you high.

According to the state of Nevada, the hemp must also not contain more than 0.3 percent THC, or it will have to be destroyed.

Parents should feel safe about hemp

Certified pharmacist Justin Curnutt of Back to Roots in Pahrump said parents should feel perfectly safe about their kids attending school near a hemp field.

“When it comes to hemp, truly the kids are absolutely safe,” he said. “Parents should bring it down a few decibels. I was skeptical at one time, being a pharmacist. I was trained as a medical professional, and in that training I heard that marijuana was bad all the time. “

This all changed in his last year of schooling, when he wrote a paper on cannabis. The topic was alternative healing.

“I found that CBD (Cannabidiol) molecules, which is what hemp is, and CBD are synonymous. So if you hear hemp, you can think CBD. This molecule is found in mother’s breast milk. So it’s almost identical. We all produce CBD in our body. What it does is it boosts our immune system. It is anti-cancer, fungal, bacterial … It is anti everything. It also helps us with anxiety, depression and PTSD. There is some kind of PTSD associated with birth, hence the reason it is in breast milk.”

Curnutt said hemp has been grown legally before in the United States.

“Back in the 1940s a hemp field went up in flames right next to a town and no one got high in the town,” he said.

Nye County School District Superintendent Dale Norton said this matter was out of his hands and also that he was not alarmed.

“The field is a hemp field and it is a legal business. They put fences around it, and they are responsible if anything happens to it. If they have issues with it then that falls on them. They have to be wary that kids are around the field and so if issues arise, they have to deal with it.

Despite hemp being so safe, there were a few parents and one resident who felt that hemp was still a danger.

Parents interviewed in front of Manse Elementary School had mixed reactions when asked how they felt about the hemp field being there.

Brian Nave, a Manse Elementary parent, said he had a problem with it.

Richard Swingle, another parent at the school, also had a problem with the field being so close to a school.

“Of course I have a problem with it being there,” Swingle said. “Being that close to an elementary school, I am not saying that kids will be able to get their hands on it. Being a father, it is just something you don’t want around them. I had no idea what they were doing there and I live right off of Jarvis. I had no idea that this was happening. I don’t think any of the parents here know about this.

A resident who lives across the street from the hemp field, Tom Zachary, was also concerned about the field.

“I understand people need it for health reasons,” Zachary said. “I don’t like to see it. Maybe if they had it somewhere else where people don’t see it as much, I wouldn’t mind it so much. But it’s right next to the school. It’s a moneymaker for them. I doubt if anyone would try to steal it. I think it is an opportunity for a farmer to make some money and I don’t think it is beneficial to people. I wish they had grown vegetables.”

Others’ reactions: no problem

Tricia McGuire, a parent at Manse, said she had no problem with the field being next to the school.

“I honestly didn’t know about it because I just moved into this neighborhood,” she said. “It is legal and as long as you teach your kids. Look, we live in a county that has legalized prostitution. I choose to live in this county. Honestly, I don’t have a problem with it. I understand both sides. I don’t think there is anything wrong with it.”

Jennifer Camp also had no problem with the hemp field being there.