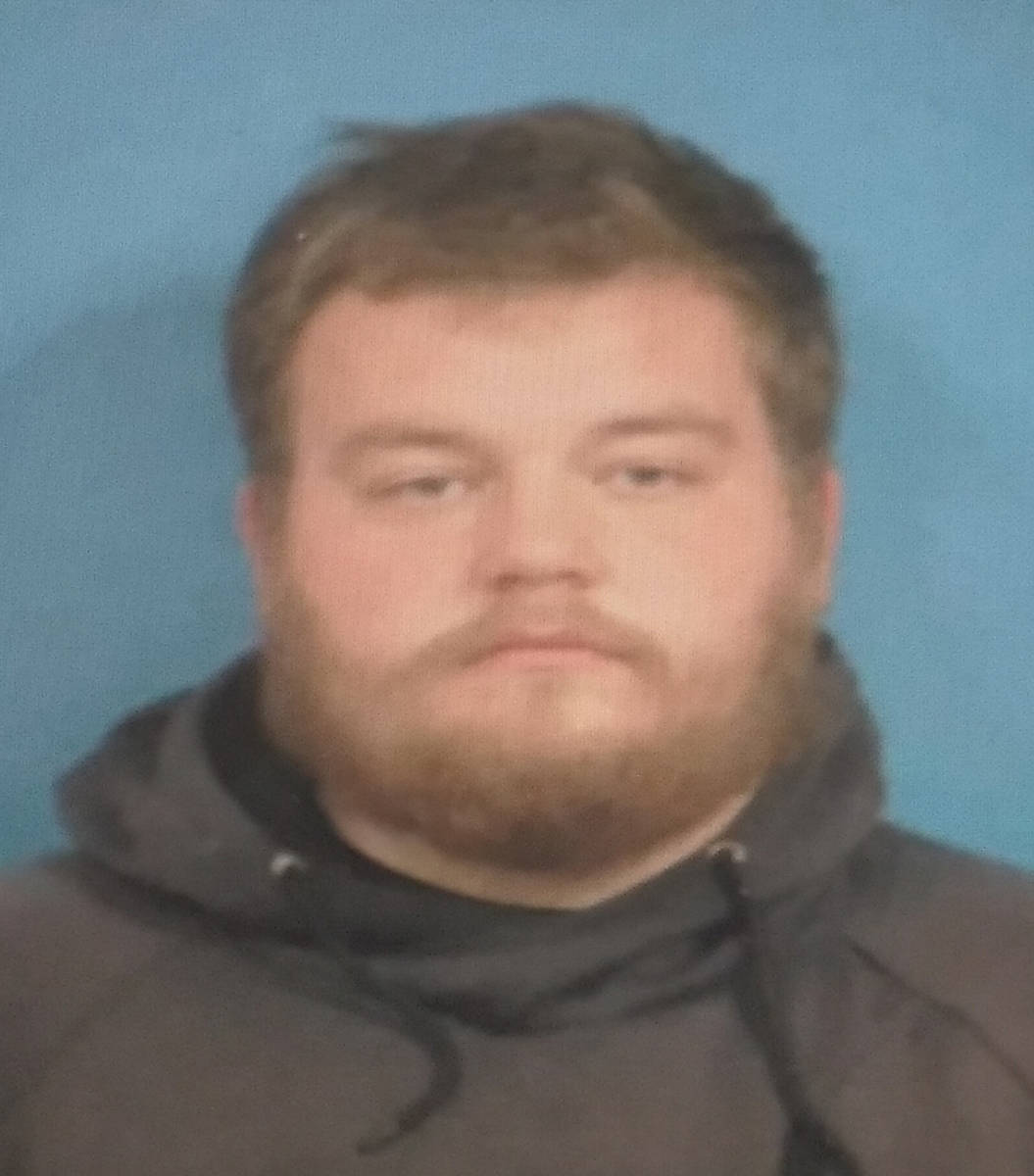 As stated in a Nye County Sheriff’s Office arrest report, on Sunday, Feb. 14, Investigator Joseph Marshall was dispatched to an undisclosed residence just before 12:30 a.m. for a report of a disturbance.

Upon arrival, Marshall noted that he located at least three spent bullet casings in the roadway.

“A male, identified as the suspect, Riley Grace, fired three shots from a .45 caliber 1911-style handgun, striking two vehicles and the residence itself, which was occupied,” Marshall stated in the report. “Two bullets struck two separate vehicles on the property, while the third struck the residence, entering into a room and coming to rest in the attic area above the room that it had entered. A witness stated that they observed a black car leaving the area after the shots were fired.”

The report went on to state that there were some previous altercations between Grace and the occupants of the home.

Additionally, it was further discovered that Riley owned a .45 caliber 1911-style firearm, and he drives a black Chevy Impala, according to the report.

The following day, Marshall filed for and was granted a warrant to search the black Chevy Impala that was located at the address.

Upon searching the residence, Marshal said he located several items of interest, including a Pelican gun case, along with several .45 caliber spent bullet casings.

“I spoke with Riley on scene after reading him his Miranda rights,” Marshal’s report stated. “During the conversation, Riley admitted that he drove to the residence after leaving a party, and discharged his firearm and left. He further admitted that he did it out of spite for the ongoing issues he had been having with the occupants. He further provided me with the location of the firearm, which was retrieved.”

As a result of the investigation, Grace was arrested on suspicion of discharging a gun into an occupied structure and vehicle, possession of a gun by a prohibited person and assault with a deadly weapon.

Grace was released on his own recognizance on Tuesday, Feb. 16, according to the Nye County Detention Center.