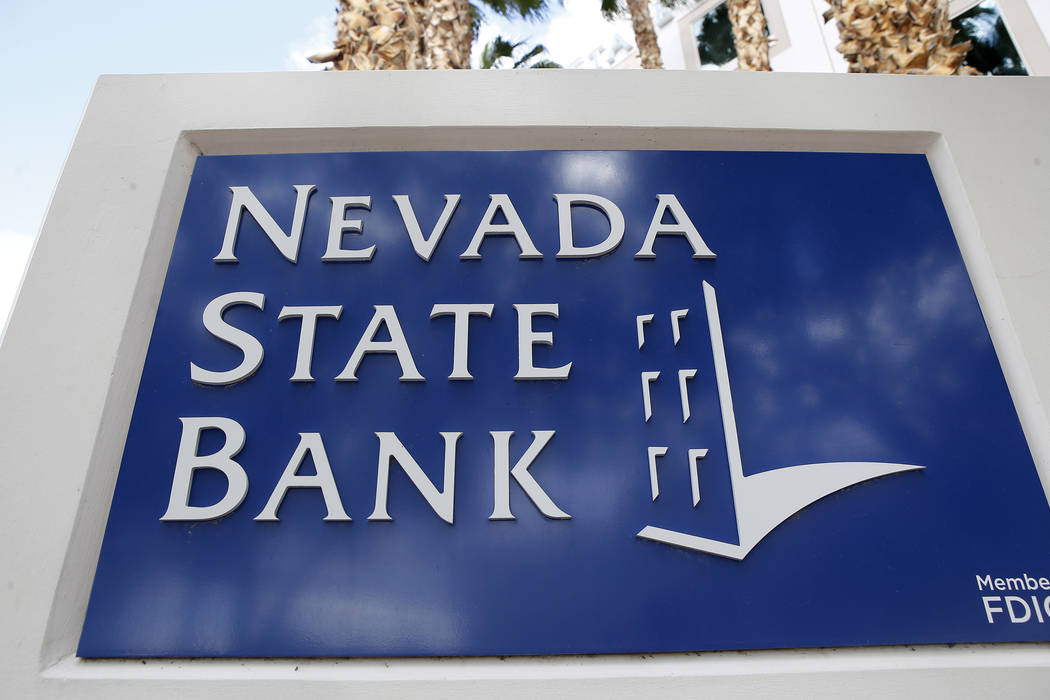 Las Vegas Review-Journal A Nevada State Bank sign outside of the bank which is located at 750 E Warm Springs Rd on Thursday, March 23, 2017, in Las Vegas. 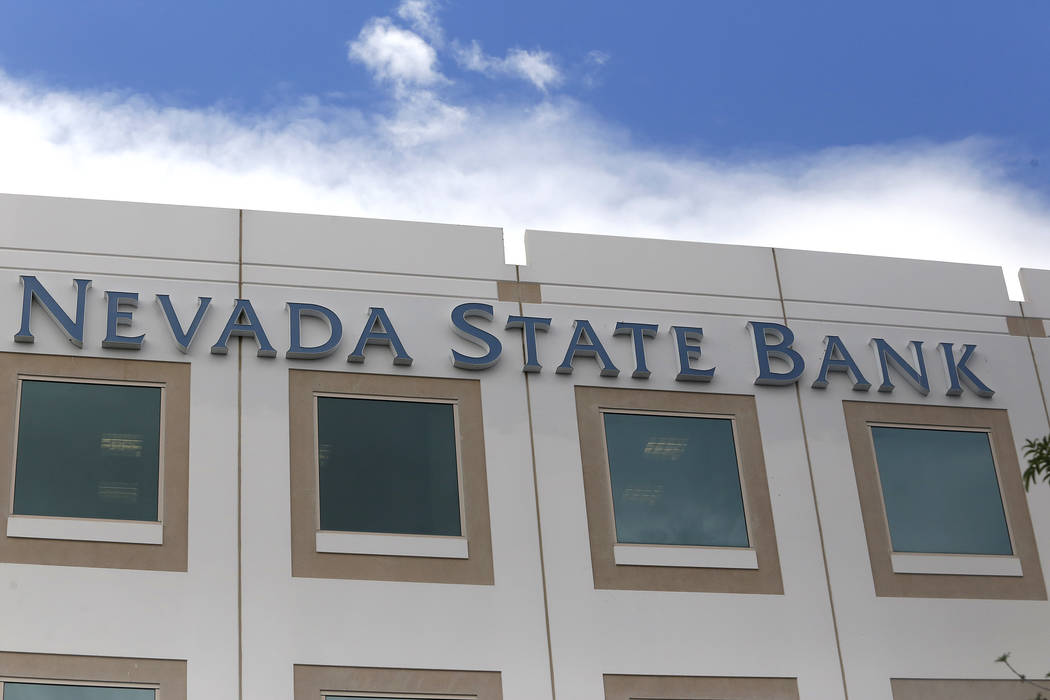 Las Vegas Review-Journal A Nevada State Bank sign outside of the bank which is located at 750 E Warm Springs Rd on Thursday, March 23, 2017, in Las Vegas. Nevada State is closing several branches in early 2020 in Las Vegas, Boulder City and northern Nevada. 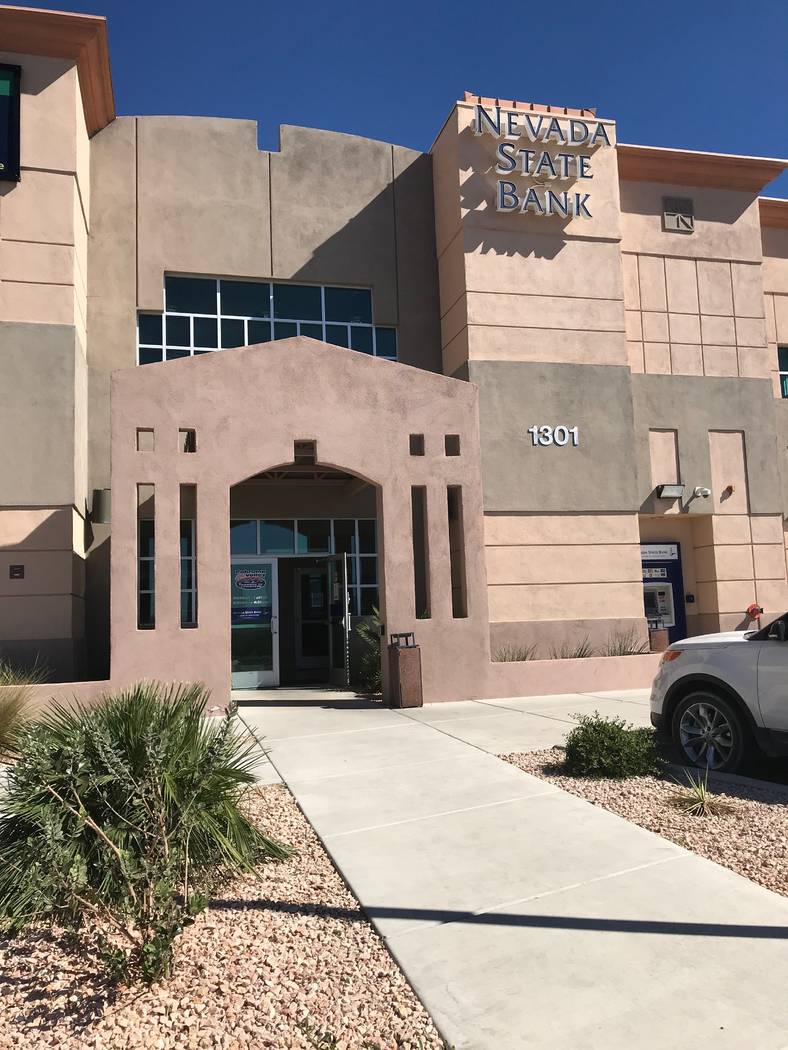 Jeffrey Meehan/Pahrump Valley Times Nevada State Bank at 1301 S. Highway 160 in Pahrump as shown in a file photo. Nevada State Bank is a division of Zions Bancorporation. The Pahrump location is not part of just under a handful of branch closures taking place in the state in early 2020.

Nye County will not be affected by the recent announcement of Nevada State Bank branch closures in Nevada.

“In response to the challenging interest rate environment, Nevada State Bank identified ways to reduce operating expenses,” said Sandi Milton, senior vice president of marketing and communications at Nevada State Bank, in an email. “We are committed to maintaining a robust branch network to serve our clients.”

That impact, however, will be less than the overall planned reductions of Nevada State’s parent company, Zions Bancorp.

Zions announced a 5% reduction in staff across its portfolio of companies that includes Nevada State Bank, the Commerce Bank of Oregon, the Commerce Bank of Washington, Amegy Bank, California Bank & Trust, National Bank of Arizona, Vectra Bank of Colorado and Zions Bank during an earnings call in October.

Zions has about 10,000 employees in its footprint that reaches across 11 western states, including Nevada. The company plans to cut about 500 jobs company-wide, executives said during the call.

The Nevada layoffs will be less than the company-wide rate of 5% by Zions.

Nevada State’s footprint in Nevada includes over 600 employees across its 50 branches.

During Zions’ third-quarter earnings call, Scott McLean, president and chief operating officer, stated that 30% of the planned staff reductions would be from the “customer-facing” side with the remainder coming from “enterprise activities and back-office activities.”

“As lower interest rates across the yield curve have materialized over the past several months, we have sharpened our focus on non-interest expenses,” said Harris Simmons, chairman and chief executive officer during the earning call. “Today, we are announcing an acceleration of our drive toward improving operating efficiency, which will result in a near-term workforce reduction of about 5% along with other operating expense reductions.”

Simmons said, “We believe this will enable us to achieve our previously stated outlook for non-interest expense for next year, which is to hold expenses flat to down when compared to this year,” during the call.

Paul Burdiss, chief financial officer for Zions, estimated that Zions’ non-interest expenses will be “elevated by severance charges of about $25 million and other restructuring related items” in the fourth quarter.

Zions had net earnings of $214 million for the third quarter of 2019, period ending Sept. 30. This was down from $215 million during the same period a year earlier.