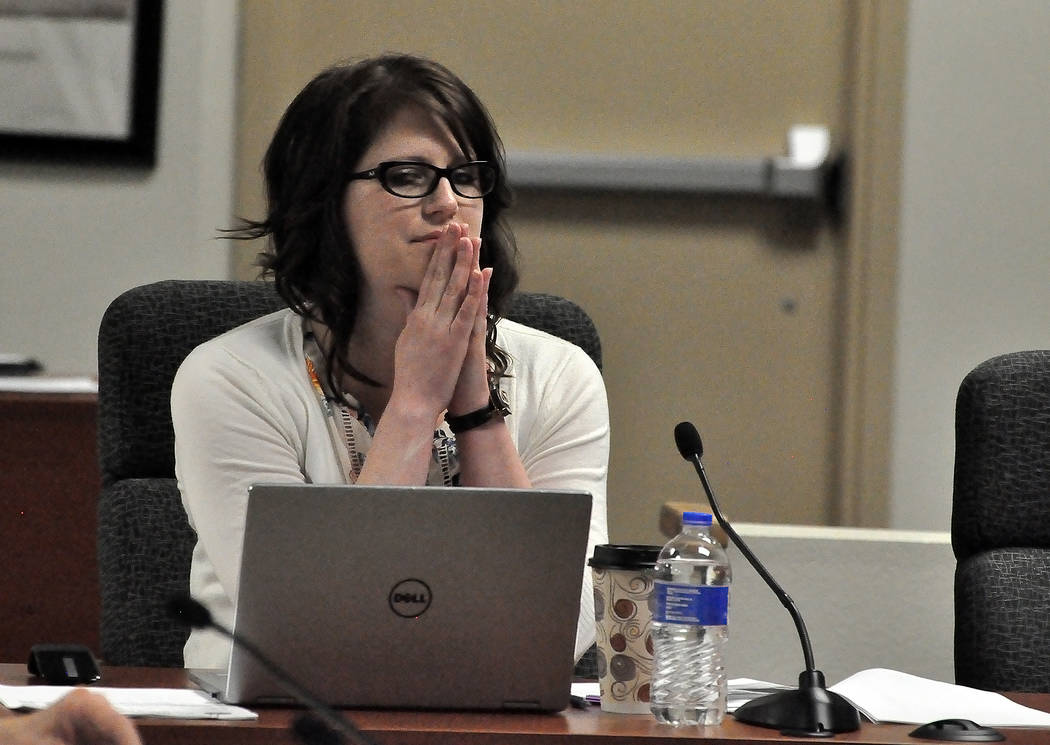 Property tax bills in Pahrump Valley are set to go down slightly after Nye County commissioners approved a lower tax rate on Tuesday.

The town of Pahrump property tax rate will decrease from $479.50 to $455.10 for property assessed valuations of $100,000. The change will take effect on July 1 and will have to be revisited in two years.

Nye County Comptroller Savannah Rucker recommended not to make any changes to the existing rate, but commissioners approved the lower tax rate 3-2, with commissioners Butch Borasky and Lorinda Wichman voting against the decrease.

Commissioner John Koenig told Rucker: “I believe with the additional building that is going on in Pahrump, the oncoming large houses going down by the racetrack …We are going to be seeing more money coming in than you are projecting.”

Wichman, who voted against lowering the tax, said she followed Rucker’s recommendation as capital projects would have to be paid by the property tax.

“I believe that our staff did an excellent job, and I followed their analysis,” Wichman said.

Rucker said Pahrump has seen an average increase of 4 percent in property taxes based on trends over the last five years.

“Fiscal year 2017 is double the tax rate of fiscal year 2007; and the reason for this is due to the property assessed valuations,” Rucker said.

With property tax values declined, property tax rates must increase to cover the town’s operational expenditures. Assessed values are currently on the rise across the county, however they are significantly down from the high in 2010.

With the combination of lack of investment in capital improvement plans over the past years and streamlining expenses, the Pahrump General Fund ending fund balance has accumulated over $5 million, according to the documents.

Meanwhile, capital improvement plans in the Pahrump Valley have been grossly neglected, according to the data presented by Rucker.

Rucker said she expects an increase in capital improvement expenditures with more than $4.5 million projected to be spent between 2017 and 2022.

Among the capital improvement projects that need to be addressed are lights at fields 1 and 2 and shade cover for playgrounds, bleachers, and volleyball courts at Ian Deutch Memorial Park.

Additionally, several issues still need to be addressed at Petrack Park. Among them are replacing arena lighting, replacing bleachers, repair and shade covers for playgrounds and replace and repair fencing and sidewalks at fields A and B.

“Additionally, the ambulance service is in dire need of ambulance replacement, ambulance refurbishment and as our town grows, additional ambulance facilities,” Rucker said.

“Our projected expenses for fiscal 2017 through 2022, include our general services and supplies. We are looking at fiscal ‘17 at $3.8 million and it growing annually by 4 percent a year, included with fiscal ‘17, capital that has already been expensed at $360,000 going toward a variety of projects including the field lights and Petrack Park,” Rucker said.

Officials said they will bring back the individual projects at future meetings.

“At current levels, we can execute the capital improvement plans and improve all the services to parks, facilities, and the overall quality of life for the town of Pahrump, and to revisit the tax rate in two years after we’ve executed these plans,” Rucker said.