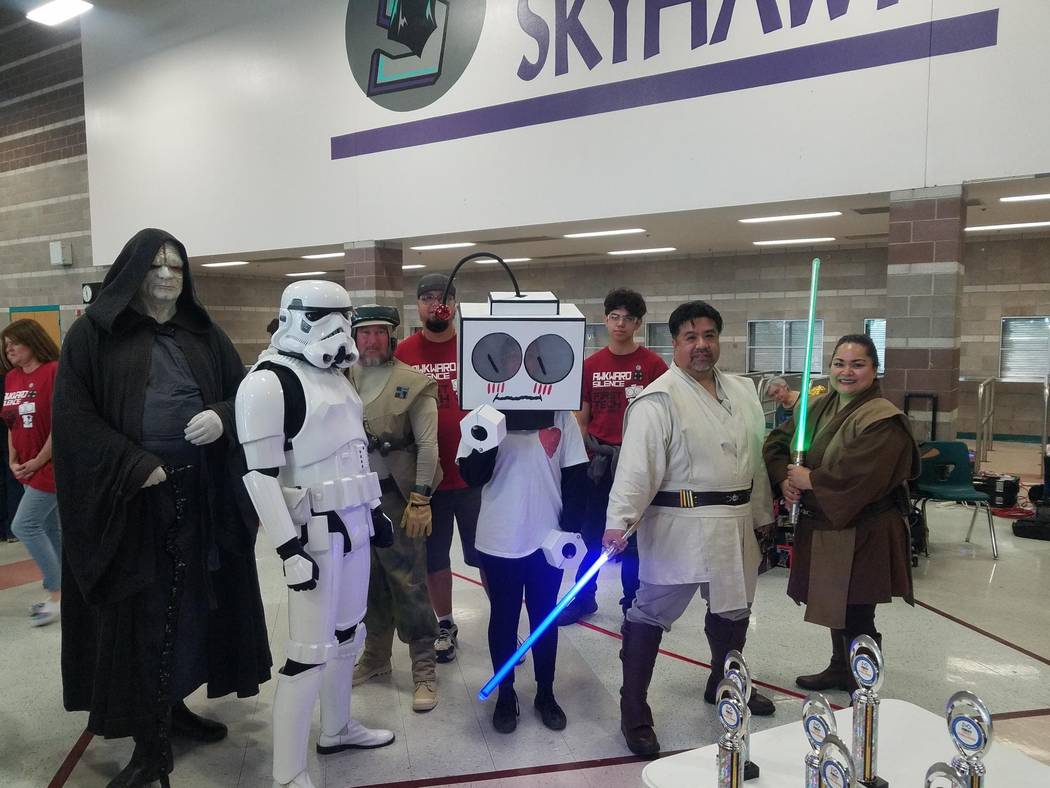 Pahrump Southern Nye County 4-H A cosplay group was in attendance during the Southern FTC League Tournament in Las Vegas on Feb. 1. Competitors in the tournament could grab a photo with the people in costume. 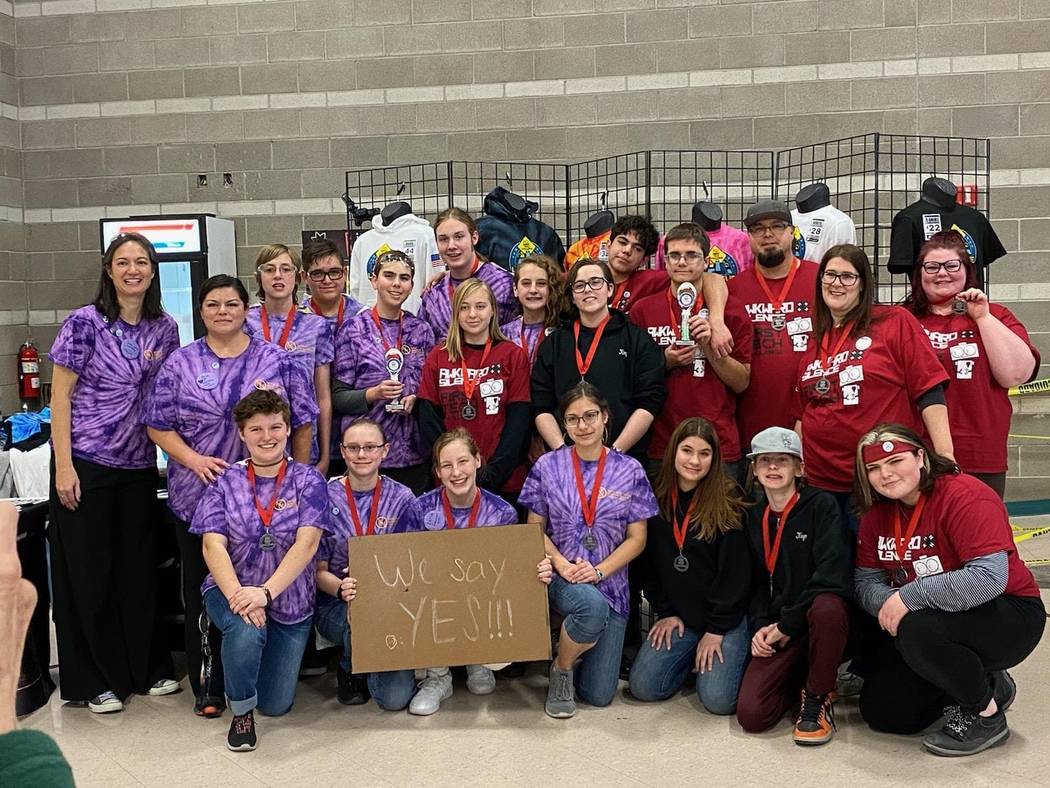 A Pahrump robotics team is on a potential path to a statewide victory.

Awkward Silence, a Pahrump Southern Nye County 4-H robotics team, is heading to Sparks for the FIRST (For Inspiration and Recognition of Science and Technology) Tech Challenge State Championship after months of work and competitions. The team’s last hurdle was earlier this month during the southern league tournament.

In the league tournament, Awkward Silence made to the finals with their alliance partner the Neocratic Nerds, though they didn’t win overall, according to Jason Riendeau, who coaches the team with his wife, Jennifer Woeger-Riendeau.

The team also qualified to compete in the state championship.

The two-day-long competition (Feb. 21-22) will have teams from Southern and Northern Nevada.

Other Pahrump teams have also done well in recent years, as interest in the robotics competitions has grown over the last few years.

The Pahrump Valley High School Circuit Breakers went all the way to the way to the end with the winning alliance at a statewide championship in the 2018-19 season.

The First Tech Challenge is one of several programs offered through First Nevada, a nonprofit organization that organizes the competitions. The organization has a range of programs it puts together, based on age categories.

Awkward Silence has earned the honor of going to the championship through hard work and dedication on the field. But a lot of effort in fundraising also occurred over the season.

The team has raised hundreds of dollars through car washes and other events. Awkward Silence also put on an annual gala at Bob Ruud in late January.

For those that are going to be in Northern Nevada on Saturday, head to Reed High School at 1350 Baring Blvd. in Sparks for the state championship. The matches start at 8:30 a.m. with the finals beginning at 2:45 p.m., and the event is free.

For those who can’t travel, head to twitch.tv/firstnevada to view the competition online.