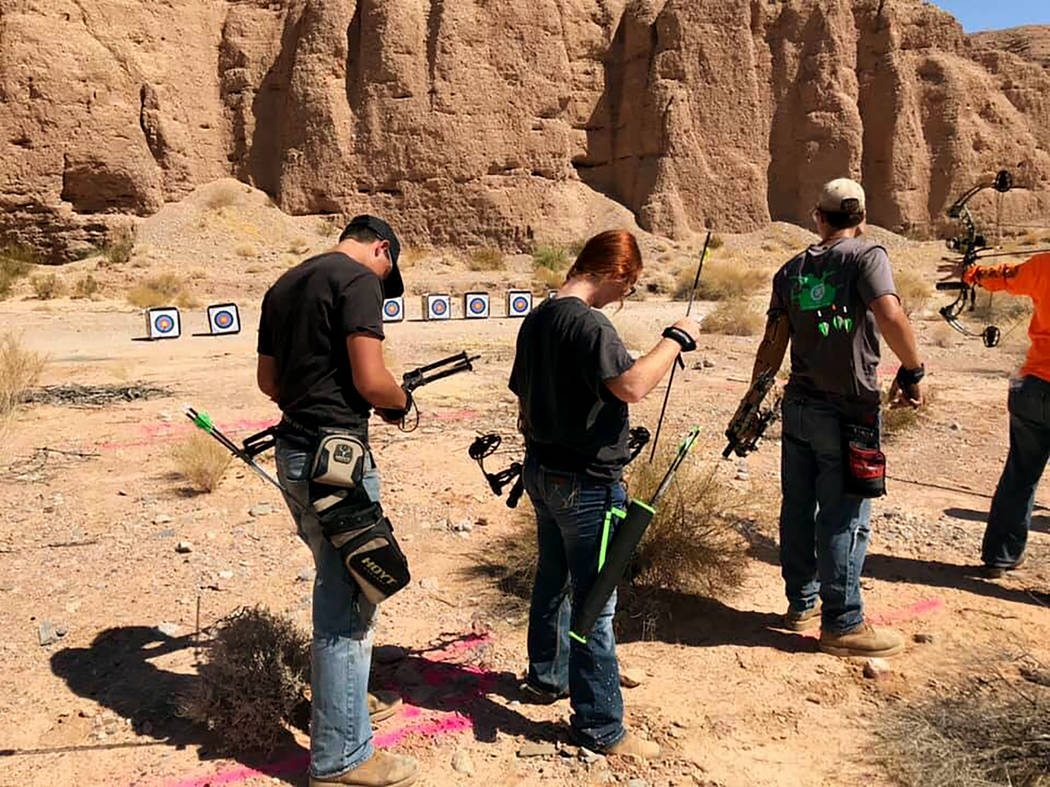 Jamie Domina/Special to the Pahrump Valley Times Several members from the Pahrump Southern Nye County 4-H’s Shooting Sports Club will compete in a statewide competition in early October involving 4-Hers from across the state. 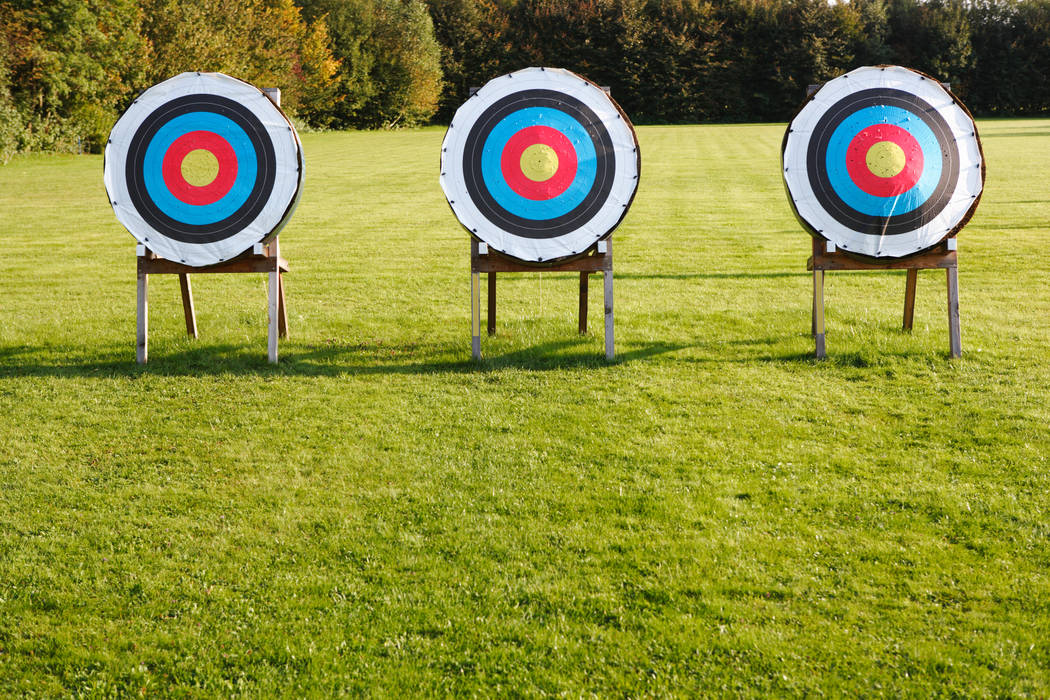 Getty Images Several youths from the Pahrump Southern Nye County 4-H will head to Winnemucca in early October to compete in a statewide competition for 4-H youths in Nevada. Five youths will compete in an archery competition with three of those same youths competing in a trap shooting competition. 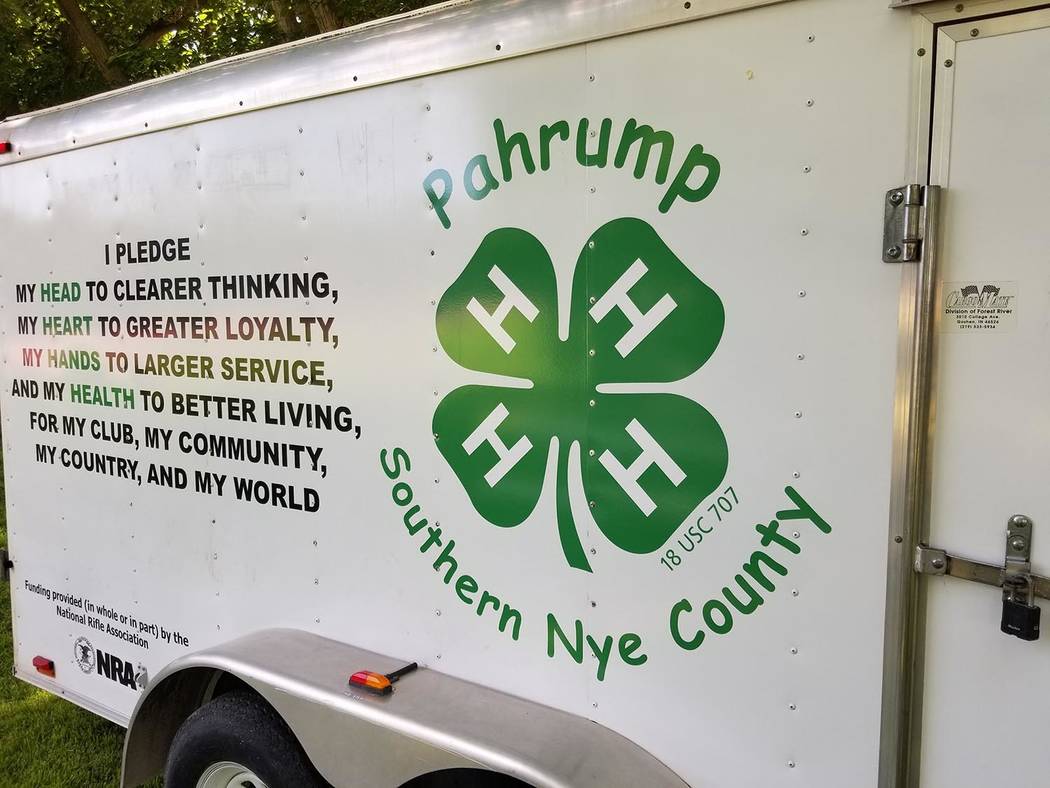 David Jacobs/Pahrump Valley Times The Pahrump youths will be a part of the approximately 150 youths participating in a variety of contests, organizers estimated. 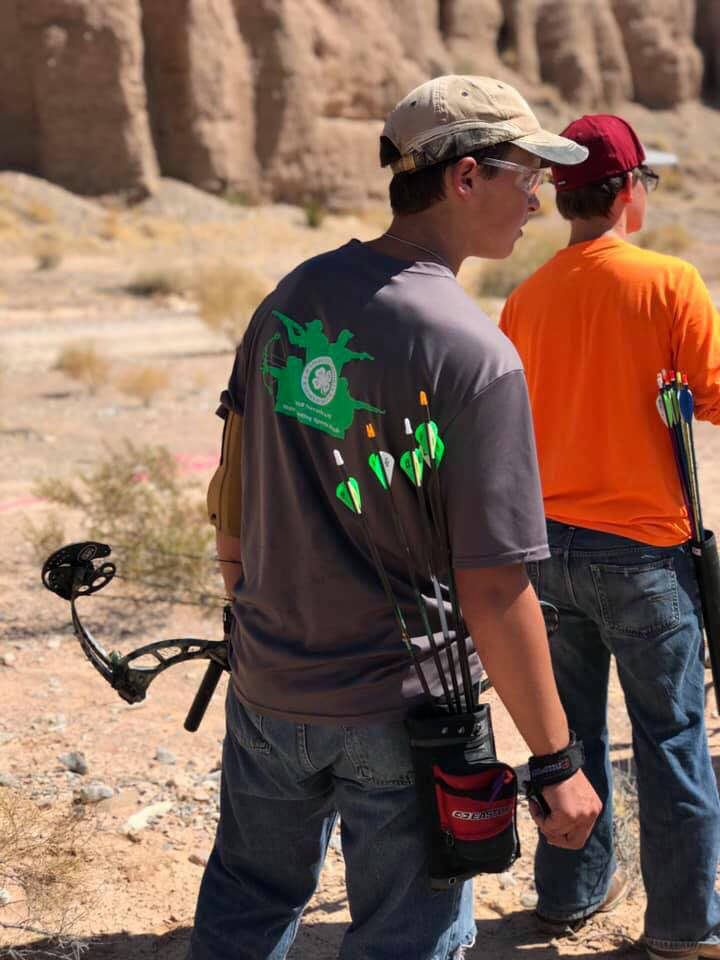 Jamie Domina/Special to the Pahrump Valley Times Augustes Domina (left) is one of five youths heading to the Nevada 4-H Expo Competition in Winnemucca. The expo will be held from Oct. 3-6. 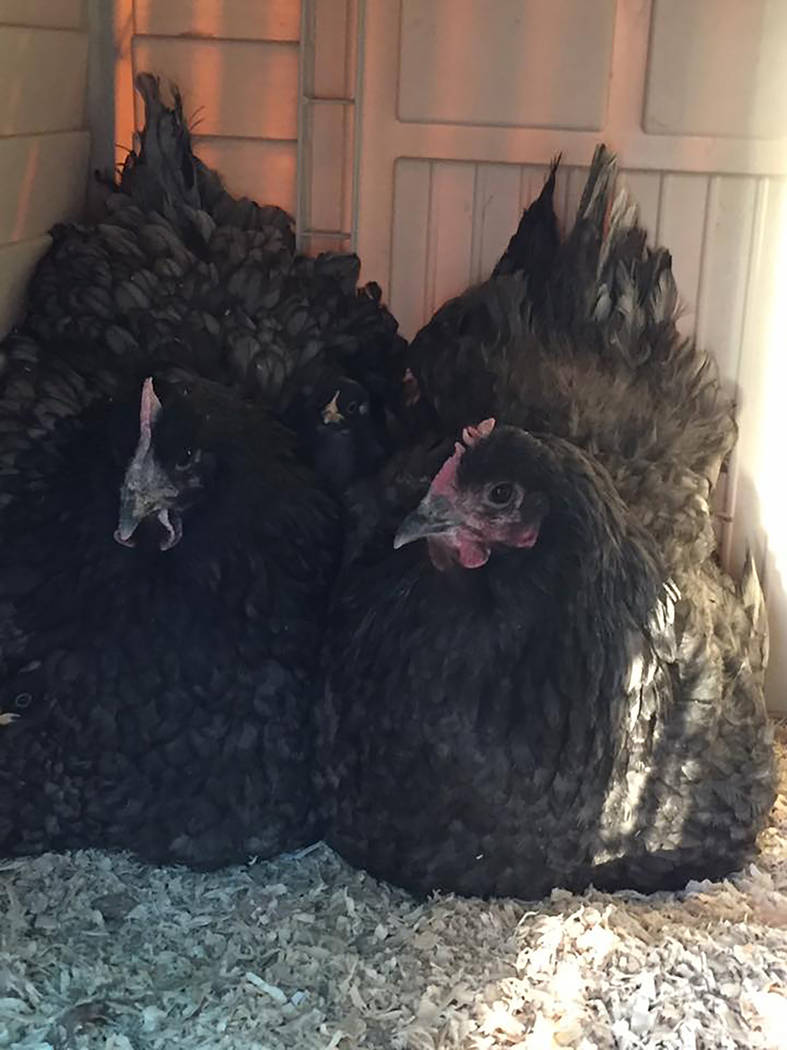 Terri Meehan/Pahrump Valley Times More than 54,000 youth in Nevada participate in various programs offered by 4-H throughout the year. Some of those offerings include a variety of clubs that offer kids activities involving raising animals, building robots and rockets and GPS tracking and mapping, just to name a few.

Pahrump youth will head to Winnemucca in early October for the Nevada 4-H Expo Competition—an event that has been on hiatus since the early 2000s.

Youth from Pahrump Southern Nye County 4-H’s Shooting Sports Club will head to Winnemucca to participate in the competition with several of them competing in archery, trap shooting and ceramic arts.

Mikayla Delarosa from the Pahrump 4-H will compete in archery and be showing her ceramic arts during the expo, according to Jamie Domina.

The statewide competition involving Nevada youth who participate in 4-H Youth Development Programs in the state is slated to occur on Oct. 3-6 in Winnemucca at the Winnemucca Events Complex at 50 W. Winnemucca Blvd., Suite 1.

The Pahrump youth will be a part of the approximately 150 kids participating in a variety of contests, organizers estimated.

Revival of the event

Many years have passed since the last expo occurred.

The last time the 4-H Expo was held in Winnemucca was 2002, said Carrie Stark, state 4-H program director, University of Nevada Cooperative Extension, in an email.

The expo was moved to Eureka from 2003-05, and it was incorporated into the Nevada State Fair after that time until 2012, according to Stark.

However, it has been roughly 17 years, since 2002, that the expo has been in the same model it was offered in the early 2000s, according to Stark.

The expo is being brought back by the University of Nevada, Reno Cooperative Extension. The extension administers the 4-H program in Nevada.

“It’s a really big deal to be able to bring this back for the kids,” Stark stated in a news release from the University of Nevada, Reno Extension. “The Expo is really a culminating event for 4-Hers. Due to the generosity of several donors, along with much time and effort from dedicated staff and volunteers, we are able to bring back this annual event this year, and we hope to be able to keep it going every year from now on.”

About 50 volunteers and staff are estimated to be at the expo to help with various contests, according to Stark.

Stark said individual donations, the support of the Humboldt County Board of County Commissioners and the Winnemucca Convention and Visitors Bureau were integral to the expo’s return. The Humboldt County Commission donated $3,000, and the convention and visitors bureau waived $7,000 in regular fees for the use of its facilities for the four-day event, according to information in the extension’s release.

“And, the university has also come through with support for additional staff that we need, if we are to be able to put on statewide events like this one,” Stark said in the release.

Preliminary activities at the expo will occur on Oct. 3, with competitions and demonstrations happening on Oct. 4-5 at the Winnemucca Events Complex. An awards brunch is set to occur at 10 a.m. on Oct. 6 at the events center.

Youth who attend the event will have the opportunity to “showcase their projects and activities, as well as to compete against one another and, in some cases, to qualify to compete at the national 4-H level,” the release stated.

According to the extension’s release, 4-H programs across the U.S. “are run by 110 land-grant universities and the universities’ cooperative extension units.”

More than 54,000 Nevada youth in the rural and urban parts of the state participate in various 4-H programs throughout the year. Some of the activities include after-school programs and 4-H camp. Other offerings include a variety of clubs that offer kids activities involving raising animals, building robots and rockets and GPS tracking and mapping, just to name a few.

4-H National Youth Science Day, where youth across the country “take part in the world’s largest youth-led STEM (Science, Engineering, Technology, and Math) challenge,” is part of National 4-H Week, according to information in the extension’s release.