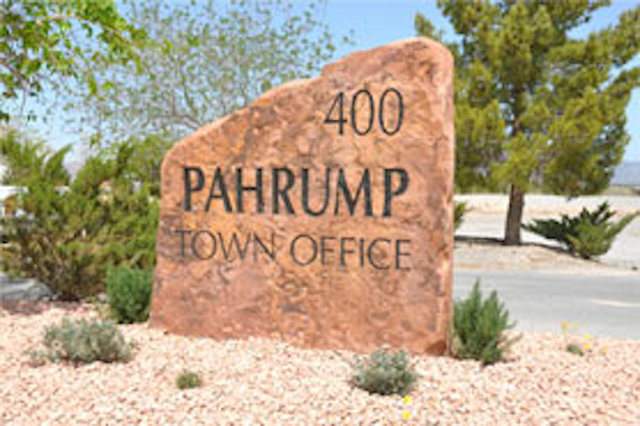 Courtesy of Town of Pahrump

The town of Pahrump saw its financial position strengthen during the last fiscal year as revenues continue to increase, according to an annual audit.

The town had $3.45 million in expenditures against $4.46 million in revenues, during the fiscal year ended June 30, 2016, according to auditor Daniel McArthur of Las Vegas.

McArthur called the end balance “very strong” adding, “There are no budget violations with the Pahrump town fund,” McArthur said.

The fund is finances by taxes, licensing and town permits, charges for town services, and fines and forfeitures.

One key highlight was the town’s ability to cut its bad debt connected to the ambulance fund from $962,000 in 2015 to $337,000 last year, the lowest it has been the prior four or five years due to collections.

“And that’s an improvement as far as the bad debt is concerned for the Pahrump town ambulance,” McArthur said.

McArthur said the fund and district are “in good financial shape.”

He also presented the Northern Nye County Hospital District audit for 2016, the first year of operations after the taxes were levied at the beginning of July 2015.

The $709,168 in revenue is also a fund balance, McArthur said, because there were no expenditures from Northern Nye County Hospital District this year due to concerns that were raised about the formation of the district and its ability to enter into contracts and spend money.

After the attorney general’s opinion that came in August after the end of the last fiscal year, there was a decision not to incur any expenditures until after that opinion had been received.

“This hospital district basically represents property taxes collected, investment income with no expenditure, pending that attorney general opinion that came after the end of the (fiscal) year,” he said.

As of June 30, the end of fiscal year 2016, the district had no capital assets and debt.

“There are obviously no expenditure violations,” McArthur said.