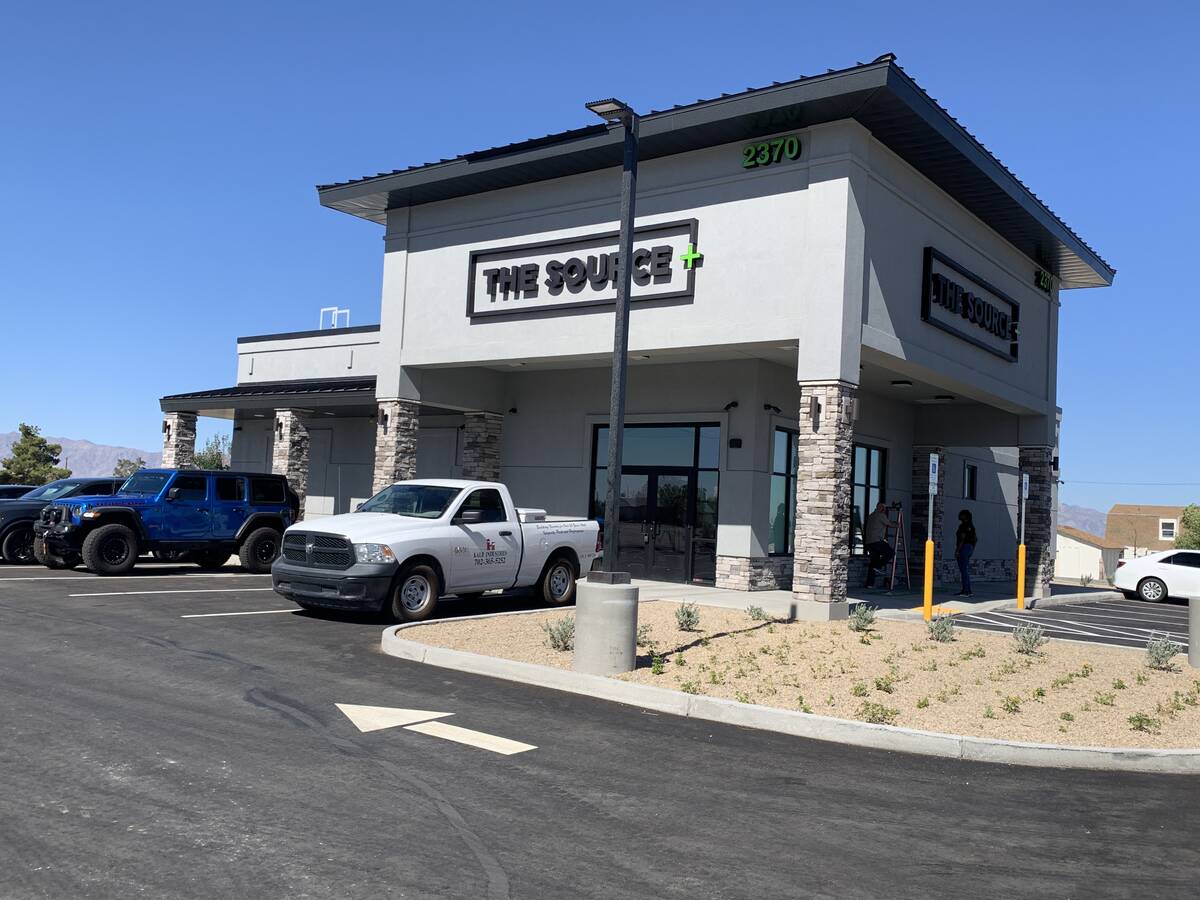 (Brent Schanding/Pahrump Valley Times) The Source+ cannabis dispensary at the corner of Highway 160 and Homestead Road has announced a July 16, 2022 opening date. The Pahrump retail operation will feature a drive-thru.

The Source+, a new cannabis dispensary at 2370 Homestead Road in Pahrump, has pushed its opening to Saturday, July 30, according to company officials.

It had planned to open as early as this week. Company officials didn’t provide a reason for the delayed opening in an email sent Monday to the Pahrump Valley Times.

The new 3,400-square-foot showroom will display and offer a wide selection of brands, including CAMP, Onederful and 8 Fold.

“The Source+ also features a variety of edibles, concentrates, tinctures, and other cannabis products that its customers have come to love and know over the past seven years,” according to company officials. “This will be the company’s sixth dispensary and the first Source+ location to offer a drive-thru pickup service.”

Back in March, the Pahrump Valley Times reported that the project had been in the works for nearly three years.

The Source+ has prioritized giving back to its communities. Company officials organized a town clean-up over the weekend ahead of the dispensary’s Pahrump launch.

The Source+ plans to employ between 30 and 35 people in Pahrump.