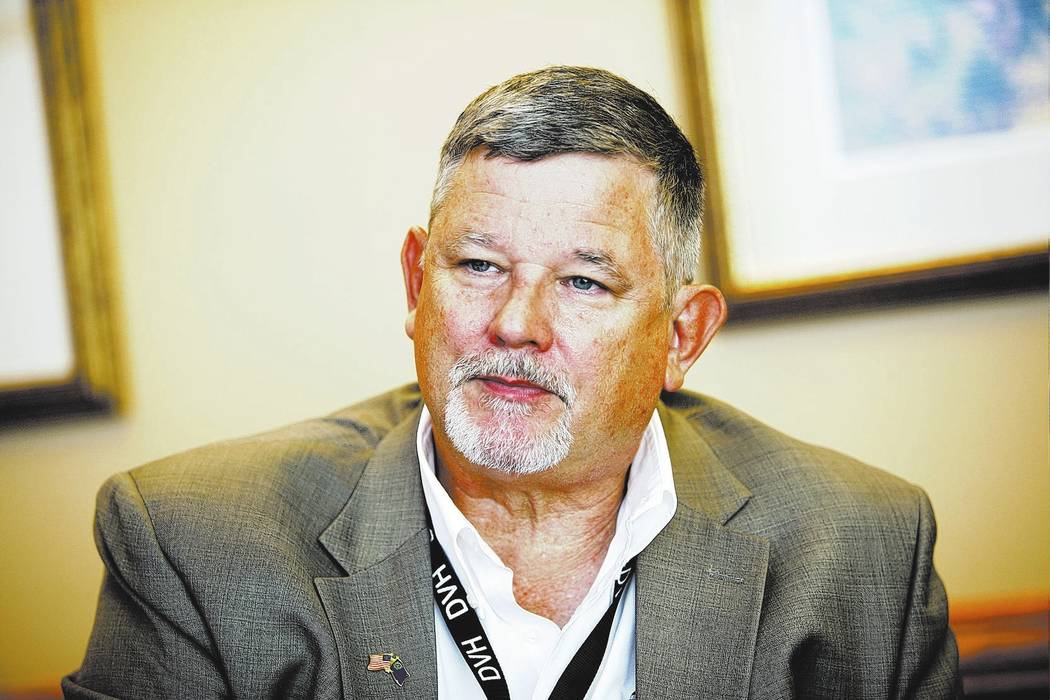 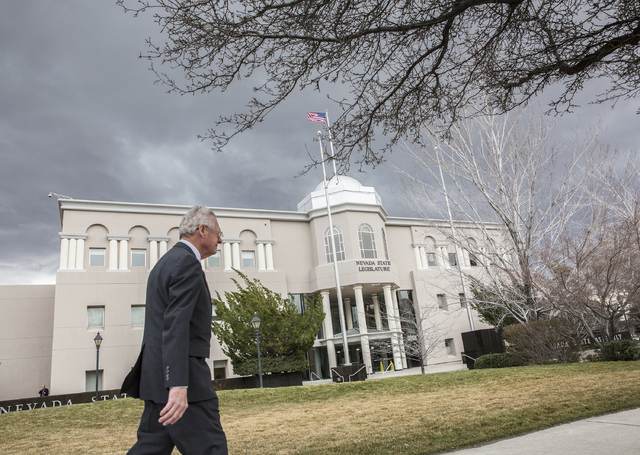 With the Nevada Legislature recently concluding its 2017 business, District 36 Assemblyman James Oscarson, R-Pahrump, gave his take on the accomplishments by state lawmakers during the session.

Oscarson submitted nine bill draft requests to the 2017 Nevada Assembly, several of which were passed.

Among them is the bill that puts stricter restrictions on campaign practices, a bill that provides for a periodic review of Medicaid reimbursement rates, and a bill that addresses beneficial water use.

“A lot of the facilities are looking to see a regular review of those rates to determine if their reimbursement is appropriate or not,” Oscarson said in a recent interview.

“Right now, that reimbursement doesn’t even cover the cost in many instances. And that’s unfortunate for everybody in the state.”

In the meantime, Oscarson said the 2017 Legislative Session didn’t have any bills that would address emergency management service.

The issue is especially big in Nye County where shuttered Nye Regional Medical Center in Tonopah left residents over a hundred miles away from the nearest medical facilities before Reno-based Renown Health started offering telemedicine.

“I don’t like the idea of not having anything between Pahrump and basically Walker Lake,” Oscarson said.

“I think it’s a very dangerous stretch of highway, and I’d like to see something happen, but there was no movement at all, and no bill draft requests of any kind that would have indicated they wanted to make any changes.”

Separately, Oscarson said he worked on several other bills, such as AB 471 that established the Nevada Office of Cyber Defense Coordination within the state Department of Public Safety; and AB 280, which established a 5-percent bidding preference for Nevada purchasing contracts submitted by Nevada-based businesses.

Oscarson said several bills that were geared toward veterans received unanimous support in the Legislature.

“That was a big deal,” Oscarson said.

“Veterans’ things in the Legislature really take precedence, they are usually passed right out of the gate. We work really hard to make sure our veterans feel like they want to be in the state of Nevada. We want to make them feel welcome.”

Oscarson said several other bills that were geared toward helping veterans also passed the Legislature.

SB 33 prohibits the foreclosure or lien of a service member’s property while they are on duty or deployment for a period of one year following their return from active duty or deployment. SB 326 requires a child care facility to grant admission priority to children of a parent who has served in the U.S. armed forces.

During the 2017 Legislative Session, Republicans and Democrats worked on a variety of bills, Oscarson said.

“What we tried to do as a body working with the governor was to make sure if there were bills that we felt were extremely onerous, we tried to vote as a caucus on both sides of the aisle, Republicans and Democrats, to make sure we send a clear message to the governor that it was something we don’t support,” Oscarson said.

The measure died in the Committee on Natural Resources, Agriculture and Mining, after Assemblywoman Heidi Swank, D-Las Vegas, a chairwoman of the committee, didn’t schedule a hearing on the bill.

“That was her decision, I know we had multiple conversations about it,” Oscarson said.

“I know it was brought on behalf of the commission, but I really don’t have any comments on it.”

“The water bills did not fare very well as a whole during the session,” Oscarson added.

“I think because many thought it was an assault on domestic water owners’ rights, and one of the commitments that I’ve made, not only since I’ve been in office but during this last campaign, was to protect domestic well owners.”

Oscarson said his AB 209 that addresses beneficial water use does “exactly that.”

“When you don’t have to pump water out of the basin to prove your water rights, just to have 60 percent of it evaporate, and it leaves water in the basin, that leaves more water for domestic well owners and all well owners,” he said.

Oscarson said he got a lot of emails about SB 115 that aimed to prohibit carrying firearms on libraries’ premises.

The prohibition would also apply to libraries’ parking lots.

The bill passed the Senate with a 12-9 vote but did not make it out of the Assembly Judiciary Committee.

“It was pretty onerous,” Oscarson said about the measure.

“In the last session, he vetoed some onerous legislation,” Oscarson said. “No doubt in my mind, he would have vetoed that, but never got to it.”

While his priorities are going to continue to roll to the next legislative session, Oscarson said he plans to listen to his constituents in the interim.

The water issues, health care, education and firearms will be some of his top priorities, he said.

“I’m going to listen to what people have to say, what’s concerning them the most. Certainly, I think health care is going to be at the forefront, especially with Nye being the only rural county that’s being able to continue to have insurance benefits. I don’t want them to take away those benefits from Nye, so I’m going to watch very closely what’s happening with the rest of the state,” he said.

Oscarson also said he isn’t going to support taking away 2-acre feet of water that domestic well owners currently have.

“I know that water is going to continue to be an issue. And we will continue to protect domestic well owners,” he said.

Oscarson, a three-term assemblyman, said he plans to run for re-election in 2018.

“I’m definitely running for re-election, without question,” he said.

“I really do enjoy it, I think people appreciate the work I do and are comfortable with the job I’m doing,” he said.