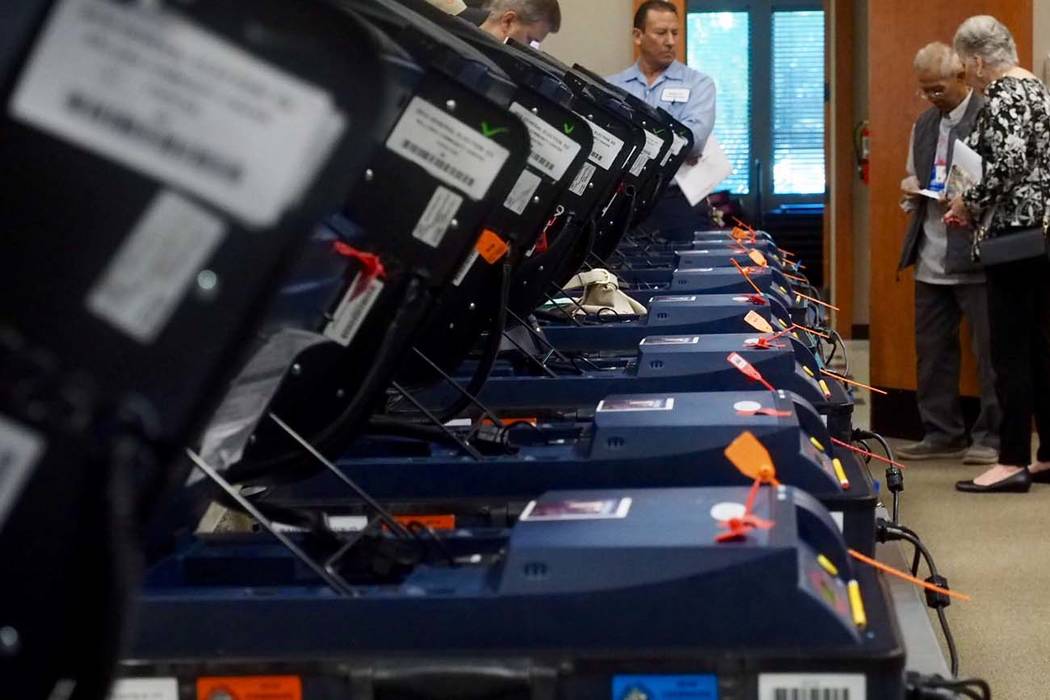 Jerry Henkel/Las Vegas Review-Journal A state senator has submitted an initiative petition for Nevada primary elections to be open to all candidates and voters regardless of party.

Heather Ruth/Pahrump Valley Times The Nevada caucuses are on Feb.22.

CARSON CITY — Primary elections in Nevada could be open to all candidates and voters regardless of party under a new initiative petition submitted last week.

The proposal, which was submitted to the Nevada secretary of state’s office Friday by state Sen. Ben Kieckhefer, R-Reno, would create a blanket primary system for partisan races in which all candidates, regardless of their party affiliation, would appear on the ballot.

The proposal would mean that nonpartisan voters, a bloc that makes up more than 22 percent of Nevada’s current active voters and continues to grow while the registration share of the major parties decreases, would be able to participate in partisan primaries without changing their affiliation.

“The simple fact of the matter is that partisan elections are very often decided in the primary. If you aren’t of the party who has the majority in your respective districts, you ultimately get very little to no say in your government, and that’s not how the system should work,” Kieckhefer said.

Under the existing law, the top vote-getter in each party’s primary moves on to the general election as is the case in Nevada’s current system. But if a race draws candidates from only one party, the person who gets the most votes in the closed primary is the de facto winner of the general election.

Under Kieckhefer’s proposal, which mirrors the primary systems in Washington and California, the top two vote-getters regardless of political party would advance to the general election. That could mean two Republicans or two Democrats facing off in a general election.

Kieckhefer said the open system appealed to him “because of its simplicity.”

The proposed system would apply to all state constitutional and legislative races as well as elections for the U.S. House of Representatives and U.S. Senate. It would not be used for presidential elections, since Nevada is a caucus state.

The petitioners will need to gather 97,598 valid signatures across the state, or 10 percent of the votes cast in the 2018 election. If it qualifies, it would go to the 2021 Legislature. If lawmakers reject it or take no action, the measure will be sent to voters on the 2022 ballot.

This isn’t the first time that the idea has come up in Nevada in recent years.

In 2015, Republican lawmakers pushed for a bill that sought to open primaries to all voters. But the final version of that bill was quite different, creating the rule that allows a person to win an election in the primary if there are only two candidates from the same party. That change has affected some legislative races and prevented tens of thousands of voters in those districts from having any say in the outcome.

In 2017, Republicans sought a redo on the changes and again proposed a bill that would have created a blanket open primary, but that bill never got a vote.

Kieckhefer said part of his proposal is about fixing that issue created by the 2015 Legislature.

“This is about opening up government to the people of the state, to giving voters more of a choice in who represents them in their government,” Kieckhefer said. “And I think that’s a hard proposition to argue with.”