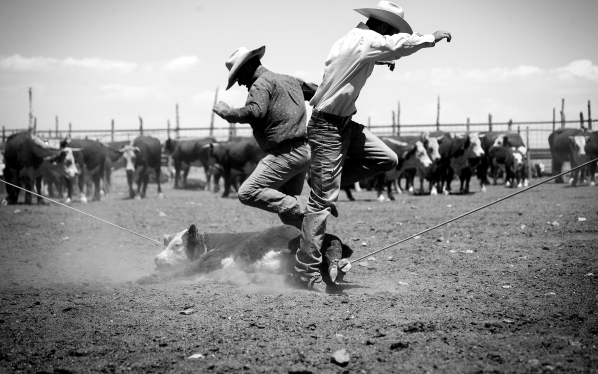 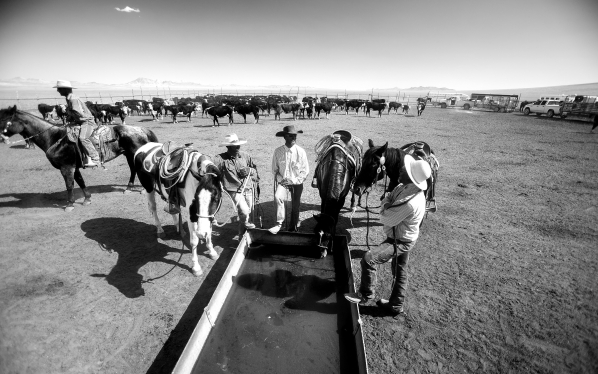 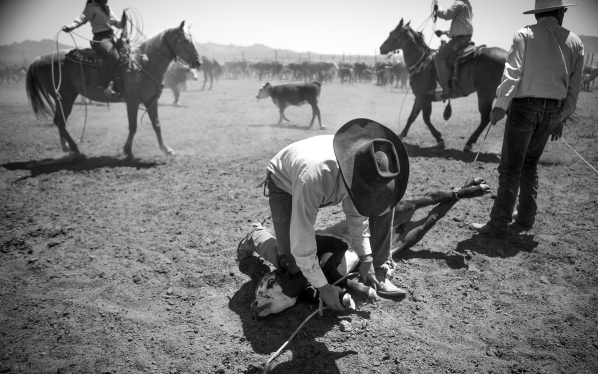 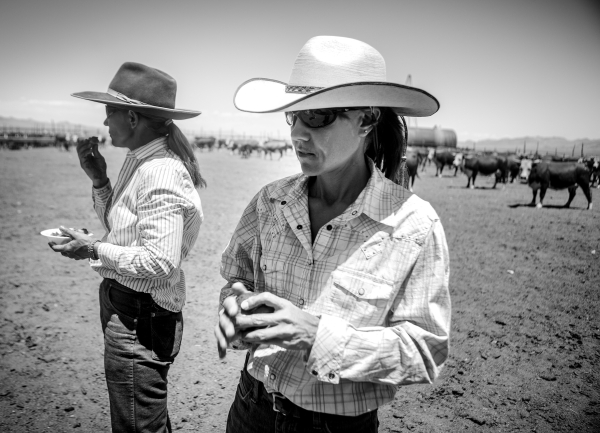 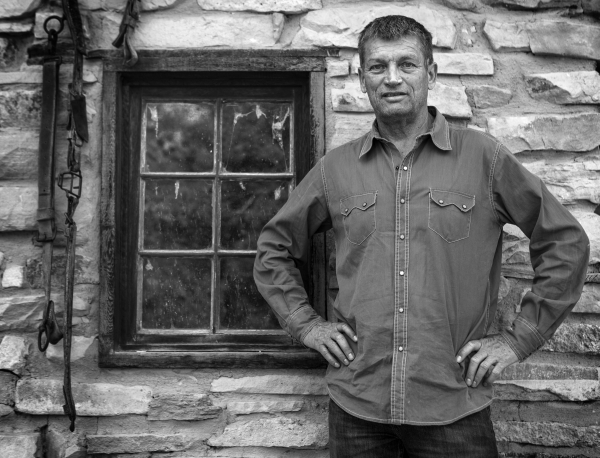 After working as a photojournalist for the past 34 years at the Las Vegas Review-Journal, Jeff Scheid has captured almost anything you could imagine on film.

Scheid is stepping out of his comfort zone and heading his first solo photography exhibit. However, Scheid changed his focus away from the bright lights of Las Vegas and toward a rural Nevada family that’s been around as long as the state itself.

Titled “Ranching in the High Desert: Five Generations, One Family”, the exhibit kicked off a yearlong run at the Nevada State Museum in Carson City Thursday with a open reception.

The exhibit offers a close-up view of life at Twin Springs Ranch, run by the Fallini family about 50 miles east of Tonopah.

That’s where Scheid got the idea for the project, as he was there to work on a different story, but stumbled upon a photographic goldmine.

“We were working on a home schooling story there and as soon as I walked into their home I was amazed that they had a Fallini family photo history on their wall,” Scheid said. “Then they said that we’ve had the ranch for 150 years and I said, ‘I want to do a story and document something that’s been here since the beginning of Nevada.'”

Doing so, Scheid was able to tie the project into the R-J’s Nevada 150 sesquicentennial celebration project.

The show features 28 black-and-white images, with around half of them 36-inch-wide enlargements, portraying ranch life during branding season.

Always wondering about how it was like living in early Nevada, Scheid explained that the project gives you a look into that and how a family has kept traditions over the course of a century-and-a-half.

“What I love about this story is that I always imagined what it was like when Mark Twain first came here and did the book “Roughing It” and working for the Territorial Enterprise,” he said. “For me it was kind of like, ‘wow, I get to go step back in time and see how this family has done the same thing for 150 years.'”

The only difference at the ranch now, is that Joe Fallini flies a helicopter to help gather the cattle, Scheid explained. He said that doing so saves them about a week of branding, as it takes about three weeks to brand the 1,800 to 2,500 head of cattle, over 6,000 acres of land that they own.

With his day job focusing on taking photos for news-oriented work, he jumped at the chance try something different and put together a collection of images that wasn’t dictated by a set event as news assignments usually are.

“You don’t get a chance to do this very often,” he said. “I love these types of stories because they document the history of Nevada and show who we are as a state and where we’ve been. I’ve been around here for three decades and when you get these opportunities it’s pretty exciting.”

In addition to shots of rounding up and branding cattle, Scheid also captures more intimate moments like a wrangler sitting at a water trough and a 6-year-old hugging a horse.

Jennifer Robison, a journalist who wrote a story on the ranch, also wrote the captions for Scheid’s exhibit, making it more than just a picture show.

“Ranching was an economic mainstay in the region before statehood and before flashier industries such as mining and gaming began to define Nevada’s business climate,” Robison said. “Few families embody that ability to adapt more than Nye County’s Fallini clan.

“Ensuring survival of the family’s Twin Springs Ranch has required careful stewardship of the countryside, healthy respect for a fickle Mother Nature and, increasingly, political and policy skill to maneuver ever-changing federal regulations on land use in rural Nevada.”

Giving you the feeling like you’re at the ranch itself, Scheid said that everyone should check out the exhibit if they’re in the area, as the mix of the photos and Robinson’s accounts give it an authentic feel.

“You get the dust and the searing heat and smoke, and you get a sense of life for this family out in the middle of Central Nevada,” he said. “So you can look at the photos in an active way of looking at the images. Lay back and soak up the photos and read the captions and the story line.

“That’s what makes this really special, the attention to detail there that she gives each photo. It really makes all the difference.”

The Nevada State Museum, located at 600 N. Carson St. in Carson City, is open from 8:30 a.m. to 4:30 p.m. Tuesdays through Sundays. Admission is $8 for adults; free for museum members and for children 17 years of age and younger.