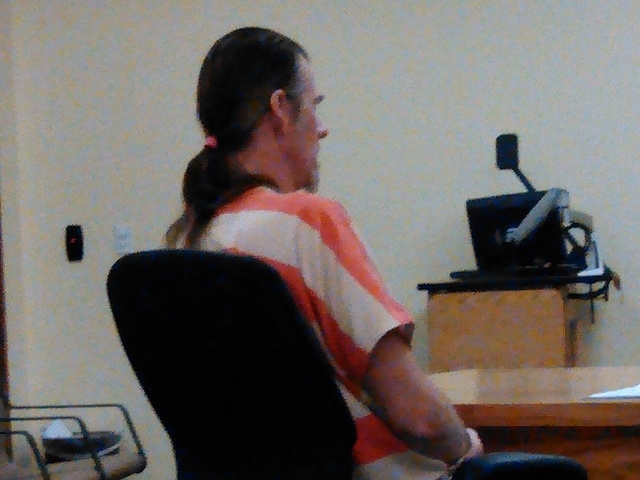 A local man charged with allowing his pit bull dogs to run loose while killing another animal was sentenced on Wednesday.

Ricky Davidson, 40, was found guilty on one count of animals running at large and two counts of allowing an animal to attack another animal.

The charges stem from two incidents where Davidson’s dogs escaped their enclosure and killed two dogs belonging to a neighbor on Aug. 19 and Sept. 1, 2014.

Judge Ron Kent did not mince words prior to reading Davidson’s verdict.

“Your conscious, willful, inconsideration and disregard, created this situation,” he said. “Because this is such a blatant violation and so inconsiderate on your behalf, you need to be made an example of. If nothing else, it’s for you to learn a lesson and everybody else to learn a lesson.”

Davidson is no stranger to the local criminal justice system.

At present, he is waiting to see if charges will be filed for a March 13 incident where his three dogs attacked an elderly Pahrump man, who later died.

Kenneth Ford, 75, died at University Medical Center in Las Vegas, on April 14. The cause of death is still pending with the Clark County Coroner’s Office.

According to police reports, Ford was tending to a neighbor’s cats when Davidson’s dogs escaped their enclosure and mauled the man. Two individuals who came to Ford’s aid were also bitten, but recovered from their injuries.

During the attack, two of the dogs were shot by a citizen at the scene.

After an evaluation, animal control euthanized one of the seriously wounded pit bulls that day.

It is unclear if or when the Nye County District Attorney’s office will officially file formal charges in that case.

Davidson will return to court on May 18 to faces drug charges from a previous arrest.

He is in custody at the Nye County Detention Center.