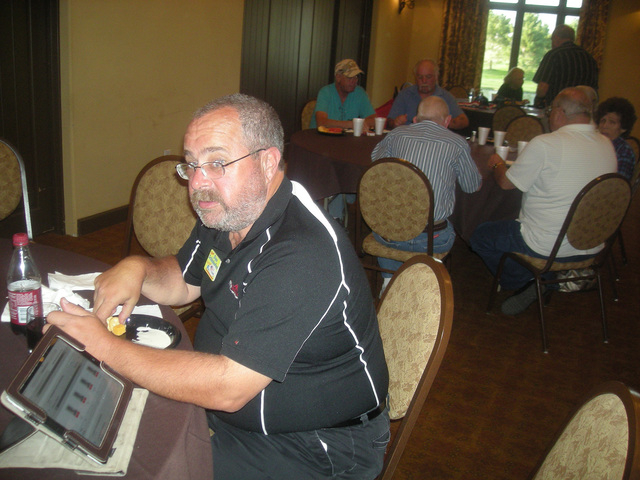 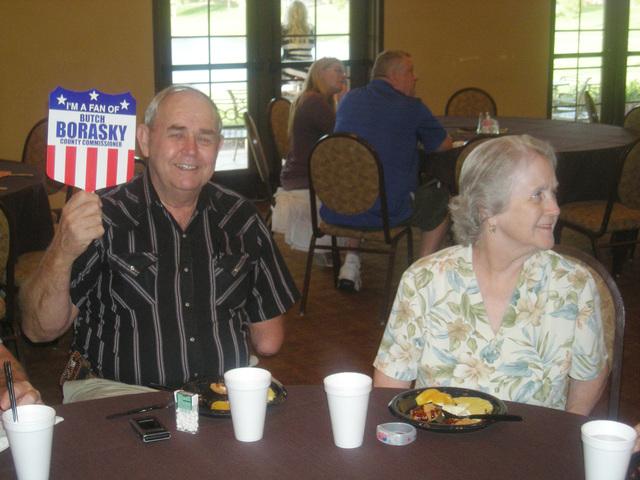 Almost 30 percent of the registered voters turned out for Tuesday’s primary election in Nye County, with the main draw the sheriff’s race, where Sharon Wehrly, a county resident since 1965 and special investigator for the district attorney’s office, captured almost one-fourth of the vote split among 10 candidates. She garnered 1,634 votes.

Longtime residents of Pahrump tended to fare well in the campaigns in a community small enough many people know the candidates personally.

The “Anybody But Rick” negative campaign and an arrest for stealing campaign signs made it close for Assistant Sheriff Rick Marshall, a 26-year Nye County Sheriff’s Office employee, but he squeaked out a second place to advance to the November general election with 1,117 votes and 16.27 percent of the total. That was just 35 votes ahead of former Nye County Sheriff’s Capt. Bill Becht, a 24-year NCSO veteran, who came out of retirement to run, but finished just behind Marshall with 1,082 votes, or 15.76 percent.

Local tea party affiliate Concerned Citizens for a Safe Community won’t get a majority on the county commission this year. In 2012 CCSC President Donna Cox and sympathizer Frank Carbone both won election.

Caudle, who stepped down from the Basin 162 Groundwater Management Committee, was also endorsed by the Nye County Republican Central Committee. A retired quality assurance manager for a Nevada Test Site contractor, his main platform was fears over the rights of well owners.

County Commissioner Butch Borasky won’t have to compete in the November general election; his 50.6 percent of the vote in the all-Republican District 4 race was enough to seal a third and final term.

Borasky, who advocated for easing regulations on developers, polled 421 votes. A CCSC-backed candidate, Gary Bergman, “The People’s Warrior,” was a distant second with 164 votes, or 19.71 percent.

For Julie Hargis, owner of Car Studio, it was her second county commission loss. She polled 109 votes to finish out of the running in the 2012 District 3 primary; this year she polled 139 votes to place third in the District 4 race.

Bob Jones, formerly the Nye County facilities manager who also served one term as public administrator, was last with 108 votes, or 12.98 percent.

Retired California Department of Corrections officer Galen Morgan, who billed himself “the constitutionalist sheriff,” was the choice of the CCSC and the NCRCC, but he finished fourth with 785 votes, 11.44 percent, seven votes ahead of Det. Eric Murphy.

Only one NCRCC endorsed candidate running in a primary race, County Assessor Shirley Matson — who faced an FBI investigation and ethical charges after racist emails in her first term — still advanced to the general election, with 1,102 votes, or 29.15 percent. That was not enough to stave off her personal property appraiser, 38-year Nye County resident Sheree Stringer, who advanced with 1,620 votes, but at 42.85 percent fell short of the 50 percent needed to avoid the November general election.

Looking ahead to November, Stringer said, “I think my chances are pretty good. I want the citizens of Nye County to know that I’m here for the long haul. I’m not going anywhere being that I’ve been in the office, in July it’ll be 11 years.”

“I was really happy to see that Republicans showed up to the polls in Nye County four-to-one over the Democrats, which was really good,” Carns said. There were 3,898 Republicans turning out to vote in the primary as opposed to 1,002 Democrats, who didn’t have the ability to vote on county commission candidates.

She tallied a respectable 43.67 percent of the vote. She will face Pilkington again in the general election; he compiled 1,055 votes.

Pilkington said he’ll campaign harder in the general election and show the facts in some of the public administrator cases.

District Attorney Brian Kunzi won an overwhelming 69.4 percent of the vote, 1,276 votes, in his Democratic primary race against Nicholas Del Vecchio, who still got 563 votes and 30.6 percent despite being removed from family court in Las Vegas in 2008 by the Commission on Judicial Discipline for admitting to numerous sexual improprieties.