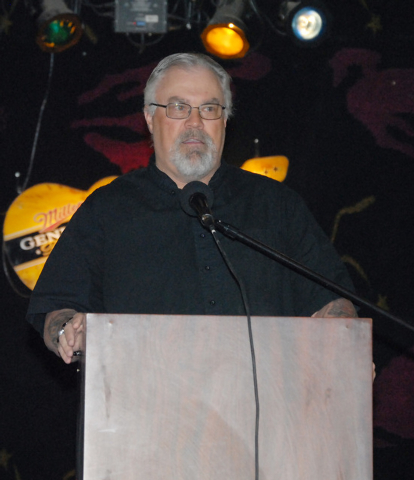 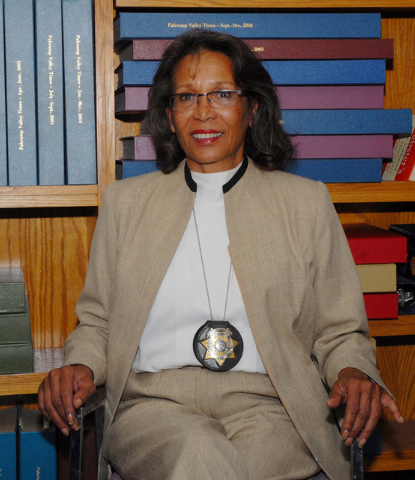 Public administrator candidate Bob Pilkington questioned why the current the public administrator’s office was having auctions in Clark County, and accused the office of not returning firearms from estates, during a candidates’ forum at the Artesia Community Center last week.

Pilkington said 12 auctions were held in Clark County since June that could’ve generated $7,000 to $9,000 in sales tax for Nye County.

Dorand-Rudolf, who was not at the forum and denies the gun accusation, said she only did one auction in Las Vegas, from an estate in Beatty.

“It was pretty high-end antiques, it brought very good money in Las Vegas,” she said. “Where the venue is is our choice, our main concern is to get as many dollars for the estate as we can and in that case Vegas was the right place.”

On March 28, an advertisement was placed in the Pahrump Valley Times for a two-day estate auction for the estate of John C. Wagner conducted by Clark County Public Auction in Las Vegas that included antiques, a huge selection of bronzes, precious jewelry, coins and more.

Pilkington accused the public administrator’s office of taking firearms from three estates over the last year that weren’t turned in to the court.

“I have witnesses that are willing to submit subpoenas and I can tell you if I get elected I’ll reopen those estates. We have witnesses who will testify under oath they saw her with firearms,” Pilkington said.

The weapons included an AK-47, an AR-15 and a .12/gauge shotgun for estates he claimed were closed but the firearms were never turned into the court.

Dorand-Rudolf said the only AK-47 she handled was for an estate of an American diplomat six years ago.

“I haven’t seen any cache of weapons,” she said. “If I do get weapons the county has provided us a gun safe and a secure place for that safe and the weapons are secured in that safe until we figure out where they’re supposed to be. I haven’t heard of any high-powered weapons coming in at all.”

Dorand-Rudolf didn’t make it to the Artesia event. Pilkington told the crowd, “I want to make our legacy after four years that we took this office from the disaster, an eyesore and black eye of this county and turned it into an office that is respectable, honorable and almost impossible to corrupt.”

Pilkington added he won’t charge $150 per hour to estates to have deputies sort papers, adding District Attorney Brian Kunzi concluded the public administrator’s office was within the law to charge those fees. He suggested recruiting people from drug court to do the work.

A large auction was held last weekend in Pahrump for the estate of Frances Germaine Thompson.