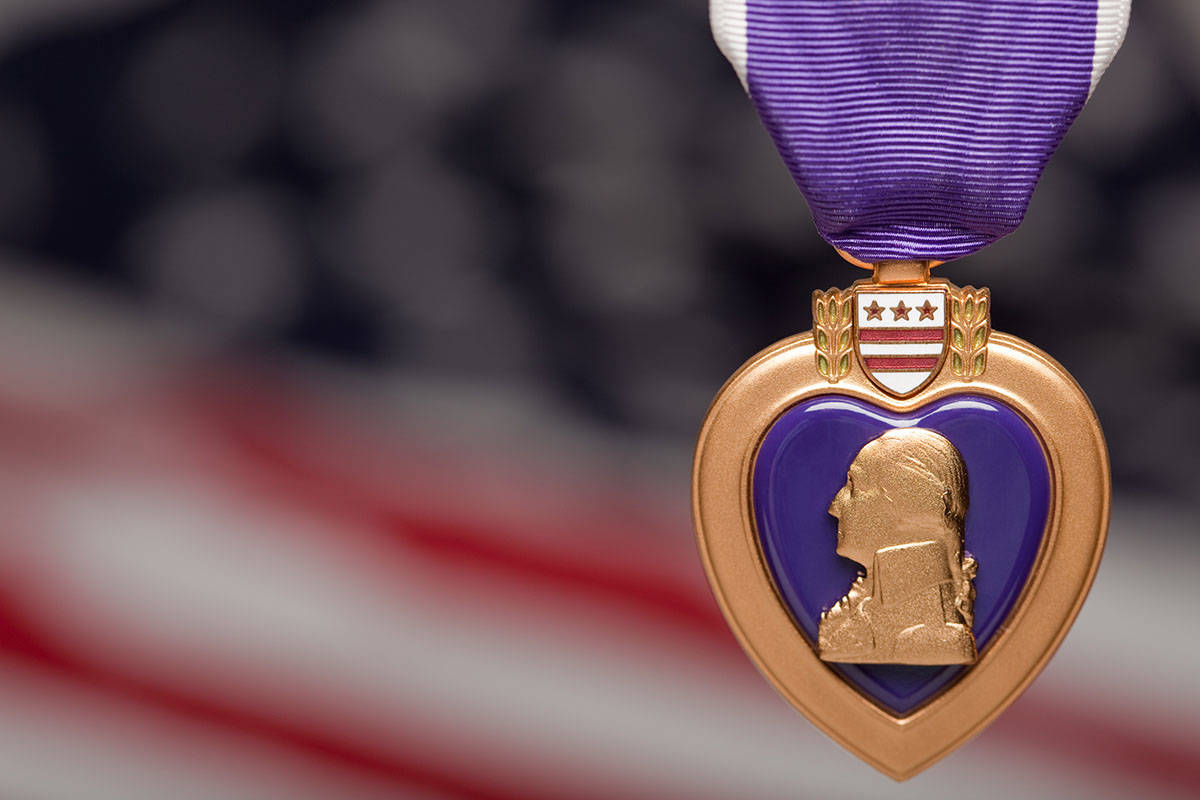 Thinkstock Purple Heart Day is recognized nationally on August 7 and in Pahrump, a ceremony is set for that evening to mark the occasion. 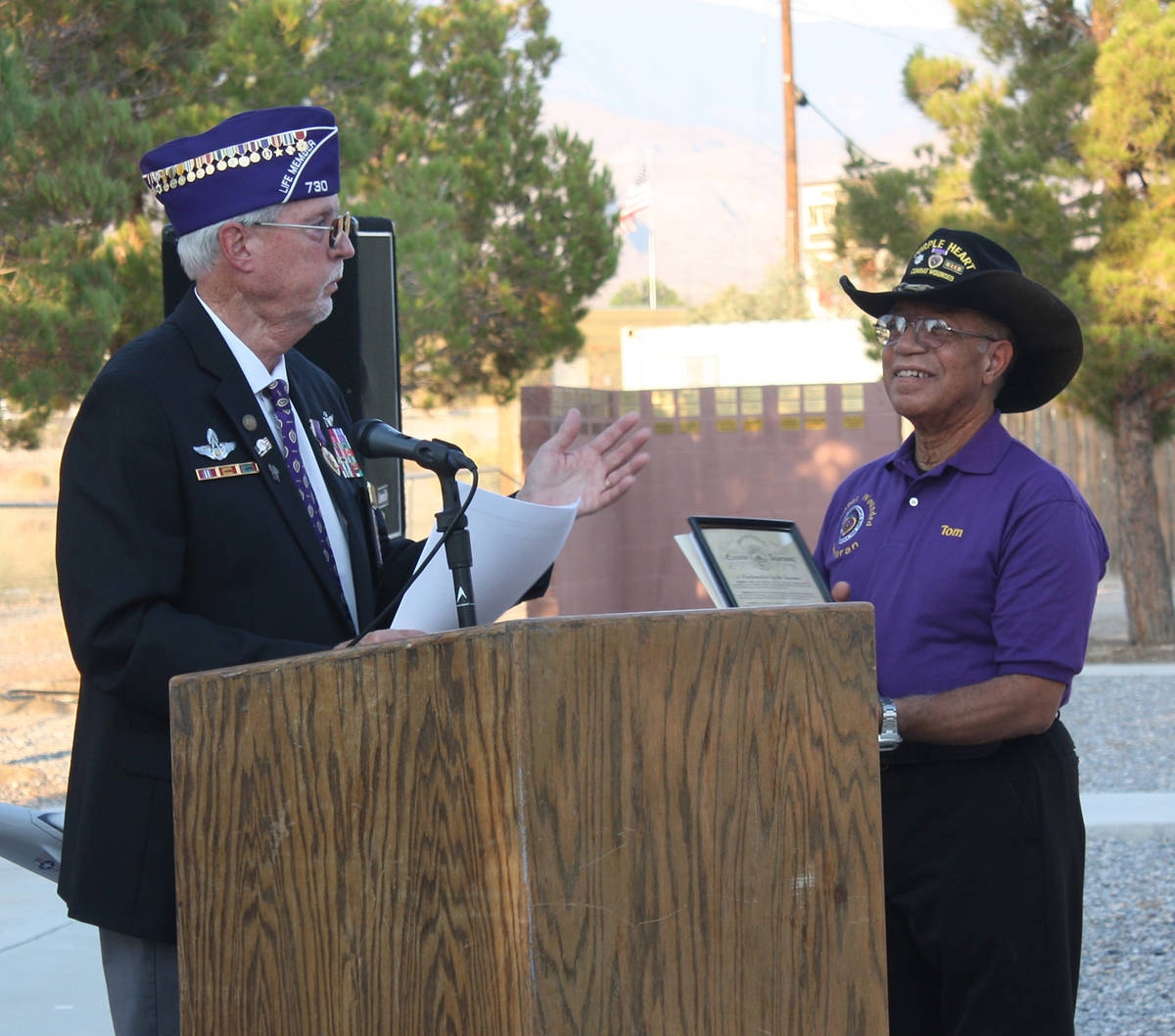 Of these annual observances, the ceremony to commemorate National Purple Heart Day is the newest, having been established locally in 2017 following the official designation of Pahrump and Nye County as Purple Heart entities, and the tradition will continue for the fifth straight year this coming August.

Scheduled for the evening of Saturday, Aug. 7, the Purple Heart Sundown Ceremony in Pahrump is being put together by the local Disabled American Veterans Chapter #15 and DAV members are encouraging any and all who are grateful for the sacrifices and bravery of our local veterans to head out to show their appreciation and support.

“Purple Heart Day is recognized each year on August 7 because General George Washington presented the first Purple Heart citation on August 7, 1782. It was then revived by the U.S. Army on August 7, 1932 and we’ve recognized it annually ever since,” local veteran and DAV member Dr. Tom Waters explained of the observance. Waters was one of those instrumental in seeing Pahrump named a Purple Heart Town and Nye named a Purple Heart County and he is always at the forefront of such military ceremonies, helping to organize and contributing his own words and thoughts at many throughout the years.

“Another reason for its importance is to recognize the several Purple Heart recipients, and their families, who live in our community,” Waters continued. The Purple Heart Medal is awarded to those serving in the U.S. Army, Navy, Marines, Air Force and Coast Guard who have sustained injuries as a result of their service, or those who have made the ultimate sacrifice and lost their lives in the line of duty. “Lastly, please remember that the town of Pahrump and County of Nye are both recognized nationally as Purple Heart entities, thanks to the sponsorship of the Military Order of the Purple Heart Chapter #730 in Henderson, Nevada,” Waters noted.

The DAV Purple Heart Sundown Ceremony will kick off at 6:30 p.m. on Aug. 7 with a welcome from DAV Commander Terry Janke and the master of ceremonies, Nye County Commissioner Frank Carbone, who is a veteran himself, will take on the role of master of ceremonies. There will be an opening prayer followed by the presentation of the colors and the recitation of the Pledge of Allegiance. Several patriotic songs will be performed and played and there will be two guest speakers, including Nevada Assemblyman Greg Hafen II, town of Pahrump and Nye County Manager Tim Sutton, along with a third speaker, Fred Wagar, deputy director of operations for the Nevada Department of Veterans Services.

The Purple Heart Sundown Ceremony will also include several elements customarily incorporated into military observances, including the emotional POW/MIA ceremony honoring prisoners of war and those missing in action, as well as the I.D./Dog Tag ceremony and the wreath ceremony. The event will wrap up with a closing prayer, a volley salute and a performance of “Taps.”

“We are proud of all of our veterans, whether they earned a Purple Heart Medal or not, but we are extremely proud to recognize our Purple Heart recipients. Everyone is welcome to attend the Purple Heart Ceremony at the Veterans Memorial in the Chief Tecopa Cemetery from 6:30 p.m. to 7:30 p.m. to show support for these veterans and their families,” Waters invited.