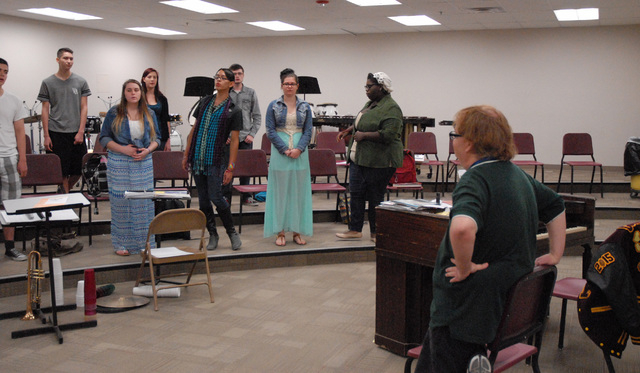 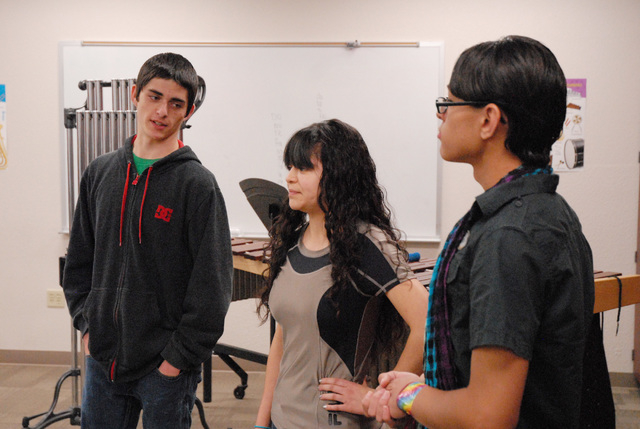 Time is running out to see the music department of Pahrump Valley High School perform in its last concert of the year, which will be this Thursday at 6:30 p.m. in the school auditorium. The concert is free.

PVHS will also be performing in concert with Manse Elementary School and Rosemary Clarke Middle School.

Trojans Music Director Eric Kunzi said he is hoping to inspire the younger students so they will want to join the high school music groups.

On Thursday, the PVHS concert band will perform. This will primarily be a band concert. On Tuesday evening all the singing groups from all three schools performed.

If you missed Tuesday’s performance of the PVHS Select Choir, they will perform an encore performance on Thursday. Of particular note is the song Baba Yetu, the theme song of the video game Civilization IV, sung in Swahili. This was selected because Tuesday’s performance featured songs from a church mass and Baba Yetu is the Swahili adaptation of the Lord’s Prayer by Christopher Tin.

Trojans singer Andy Lopez has been in the choir since her freshman year and can’t wait to perform to a live audience.

“I am going to sing the alto solo in Baba Yetu. I was the only alto that tried out. It is not necessarily hard to do the solo, but it is when you sing with someone else and you have to be loud,” she said.

Fellow soloist Hector Colon said he wants everyone to just have fun at this concert and he invites people to enjoy the music his group prepared for them.

“I have always been in a church choir since I was in school. The most difficult part about this whole show is projecting really low notes. My favorite part is just coming together as a group and trying to make it fun,” Colon said.

The high school students have been preparing for this concert since September.