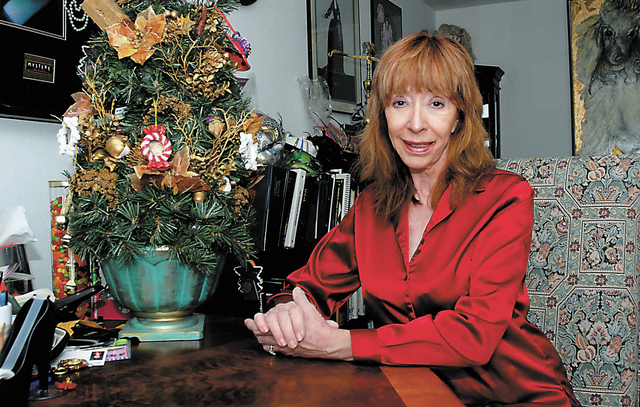 A local attorney has announced her intention to run for the position of Fifth Judicial District Court judge this election year.

Lillian Donohue will be competing for the judicial seat against incumbent Judge Robert Lane. She said while some say it takes a lot of courage and a good campaign to defeat an incumbent, she is ready for the challenge.

Donohue has been a resident of Pahrump for more than 10 years and has been practicing law in Nevada for 37. Some of her accomplishments over her career thus far have included working with the Missing and Exploited Children’s Foundation to reunite children with their families, being honored as one of the first 100 women to practice law in the State of Nevada and serving on a number of local and state boards to help people of all ages.

Donohue was awarded the Trinity Educational Foundation Humanitarian Award in 2000 and has also sat on the Advisory Board for Nevada Council on Problem Gambling, the Citizens Advisory Board for the High Desert Prison and is a lifetime member of the Emerald Society of Nevada, a police and fire organization.

In 2001, she was named a Colleague of the Nevada Law Foundation, and received Gov. Kenny Guinn’s Proclamation declaring May 7, 2001 to be “A Day in Honor of Lillian Sondgeroth” for her pro-bono work with missing and exploited children.

Donohue said in addition to her work as an attorney she has also been an active volunteer and fundraiser in the local community attending events to help raise money for those who cannot help themselves.

Her main belief is that there should be equality and justice for all under the law.

Donohue recently sat down with the Pahrump Valley Times to discuss her run for District Court judge.

Q. Why run for judge?

A. I went to law school to become a judge. And I believe in change and I believe in term limits. The president gets eight years, the governor gets eight years, a lot of the state legislators get limited terms in Nevada, so why shouldn’t judges? I’ll never run for any more than one renewal so 12 years will be my max. I mean that. I don’t expect the tax payers to pay for my retirement

There’s a federal judge I’ve known forever, Judge Phillip Pro, he’s a federal judge, and he travels all over the world lecturing on the rule of law. It’s so important and he’s influenced me drastically. I liked our founding fathers and I think they had some really great ideas, and I liked George Washington’s idea of term limits. Enough is enough.

Q: What makes you a good candidate for the job?

A: As a 37-year attorney I have experience with both criminal and civil law.

I don’t see color, I don’t see race. I don’t see sex, I don’t see any of those things, I don’t see poverty versus the rich, I just don’t, I don’t have those kind of blinders on. Justice for all is my motto, and the rule of law, those two things are very, very important to me.

Q: What makes this the right time to run for judge?

A: All of my kids are grown. All of our adult children are out on their own and they’re successful and that’s important because I don’t have that pulling at me. My parents are deceased, so I don’t have those kinds of needs either. I’m an only child, so I don’t have anyone out there sick or that I’m taking care of. That’s probably the most important thing.

Timing-wise, my husband is doing very, very well, he’s been in law enforcement over 35 years, he’s a sergeant in Las Vegas, and now it seems all of my dominoes are in a row, or my eggs are in a basket in terms of my life right now. I’m 100 percent available to the people.

Q: If elected what would you like to accomplish during your first year or so on the bench?

I will accomplish that, that I promise you.